Kekistan Belongs To The Alt-Right

We wuz always the real Kekistanis.

The cult of the green frog is still going strong.

To those who are not well-versed in meme history, the developments surrounding the green frog- Pepe- are hard to follow. Luckily, some auteests have already done the hard work of chronicling the remarkable growth of this meme.  But the blog mentioned above has an opening statement that is simply incorrect:

Now, lets put our thinking caps on for a second. Pepe the Frog might be an ancient Egyptian deity resurrected by repeating digits and “Meme magic”. Anything is possible I suppose…but the two other options mentioned earlier seem a lot more probable, don’t you think?

Now, most of this is just tongue in cheek post-ironic Internet humor, but frankly, I find it disturbing that heretics are starting to emerge and deny Pepe’s White Nationalist sympathies. When Pepe was a young meme, he was apolitical, but that was then and this is now. Pepe became Kek and in the process started developing a political identity.

No one can deny that Pepe has become political now. Even Hillary Clinton was heckled by an IRL shitposter shouting out Pepe’s name.

But why even bring up this bizarre and rather esoteric topic?

The latest iteration of the Kek meme disturbs me. It seems to be centered around something called the People’s Republic of Kekistan. Sargon of Akkad-  a Youtuber that likes to counter-signal liberals and the Alt-Right- is credited with getting his legion of radical centrist Youtube followers to promote and spam this idea.

Kekistani flags have already been seen flying at Berkeley and at other Free Speech protests. 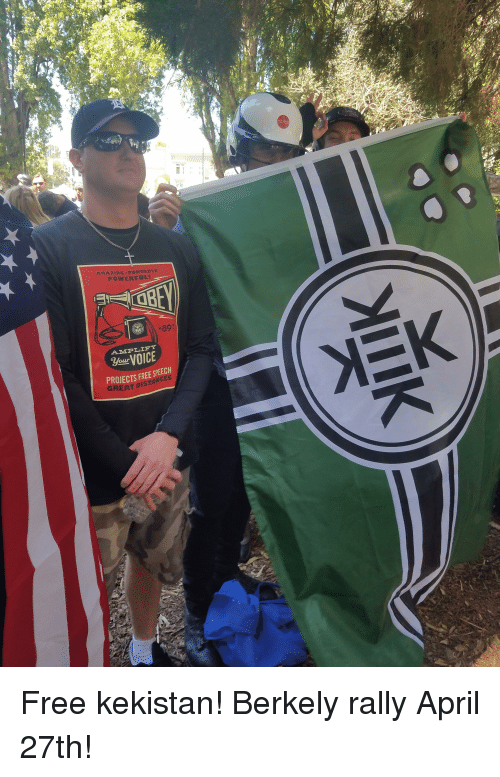 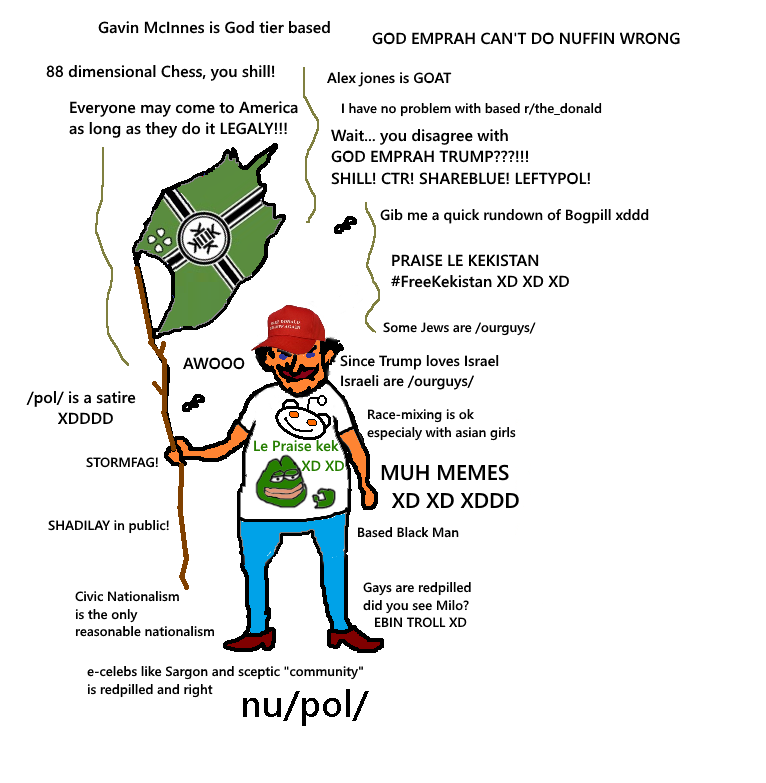 Kek will not be bound to some e-celeb with no coherent ideology except anti-Identity politics. Nor will Kek be reduced to symbolizing Millenial angst and perma-virgin sexual frustration forever. In the beginning, Pepe gathered a following from the lowest of the low in the forgotten recesses of the internet. This is undeniable. But now Kek is ready to undertake something greater.

Kekistani-ism in its current form is a road to nowhere and counter-signaling against Pepe’s undeniable White Nationalist sympathies is a sacrilege. There is no reclaiming Pepe from the Alt-Right now. There may very well one day be a Kekistan, but it will be a homeland for White people where all counter-signalers will be thrown into the bog. The Alt-Lite, Anti-SJWs, and edgy contrarians with no real ideology need to get with the program or just get out of the way.