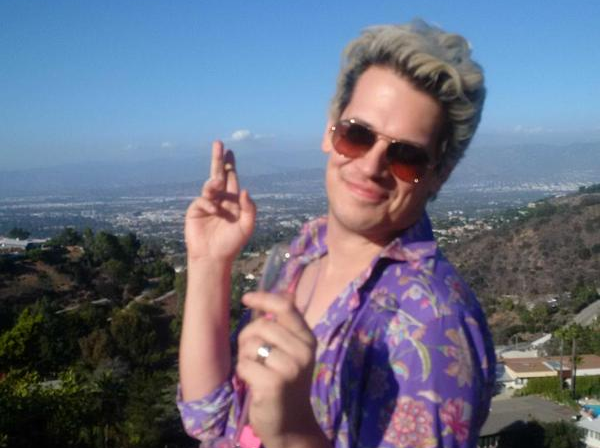 What To Do About Milo: A Strategic Assessment

The case for backing slowly out of the room.

Many have asked me: What should we (that is, the Alt-Right) do about Milo and “Cinco de Milo”?

My strategic advice: Ignore him. Don’t participate in anything he does. Distance yourself from him.

This is the opposite of the advice I would give about most any other political gathering: Trump-centric, Alt-Light, free speech, Conservative, Inc., left-wing, etc. With all of these, we should be present. Milo is a different story.

It’s true that one of the reasons for the media’s fascination with the Alt-Right over the past two years is a desire to slander Trump: “See, Trump’s biggest fans are these racist, fascist trolls, yuck!” It wasn’t the only reason for their fascination, neither is it an indispensable one, but it certainly was a factor.

I think we played this game—navigated these stormy waters—as well as we could have. Trump did win after all, despite his association with “muh racism.”

With Milo, the situation is reversed. He will be used to smear the Alt-Right. Here’s why.

Milo still has a very large fan base, to be sure. But he lacks political, ideological backing:

Put simply, Milo is a disgraced man, and he is still—despite all his efforts to become a mainstream conservative—associated with the Alt-Right. Milo can thus be used to smear the Alt-Right. Whenever Milo gets coverage, it is often as an “Alt-Right icon.” When stories about us are published, Milo almost always gets a mention.

Needless to say, we don’t want to be associated with Milo’s Liberace-like persona, pederasty, and clerical child abuse.

Milo rode the Alt-Right wave for a while, but he is not Alt-Right or an identitarian or nationalist of any kind. Why should we demonstrate loyalty or kindness to a man who fundamentally does not agree with our basic premises? Even when Milo was most sympathetic towards us last spring, such as in his rather lame and poorly written essay on the Alt-Right, he clearly never even understood us.

I believe Milo did act as a bridge between the mainstream and the Alt-Right for a time. But that bridge has been burned, by Milo and us both.

It is now to our strategic advantage to distance ourselves from this repulsive individual. We must have the courage to be ruthless—to dump a former ally who is no longer strategically useful.

The Milo fans who are secretly Alt-Right or just-about-to-be Alt-Right will come our way eventually. The true Milo fans—the ones who are actually attracted to the “based gay guy who loves Black cock”—will remain in his domain. We don’t want these people.

Indeed, I sometimes speculate that if Milo hadn’t come onto the scene, we might have benefited by inventing him. Milo served a purpose in bringing new people to Alt-Right ideas. Now that he has explicitly renounced the Alt-Right and been personally disgraced, he can act as a magnet for the demented losers who are attracted to this kind of personality.

That speculation aside, Milo is ultimately a sad freak. It’s best not to protest his events or engage with him at all. It’s best to slowly back out of the room.