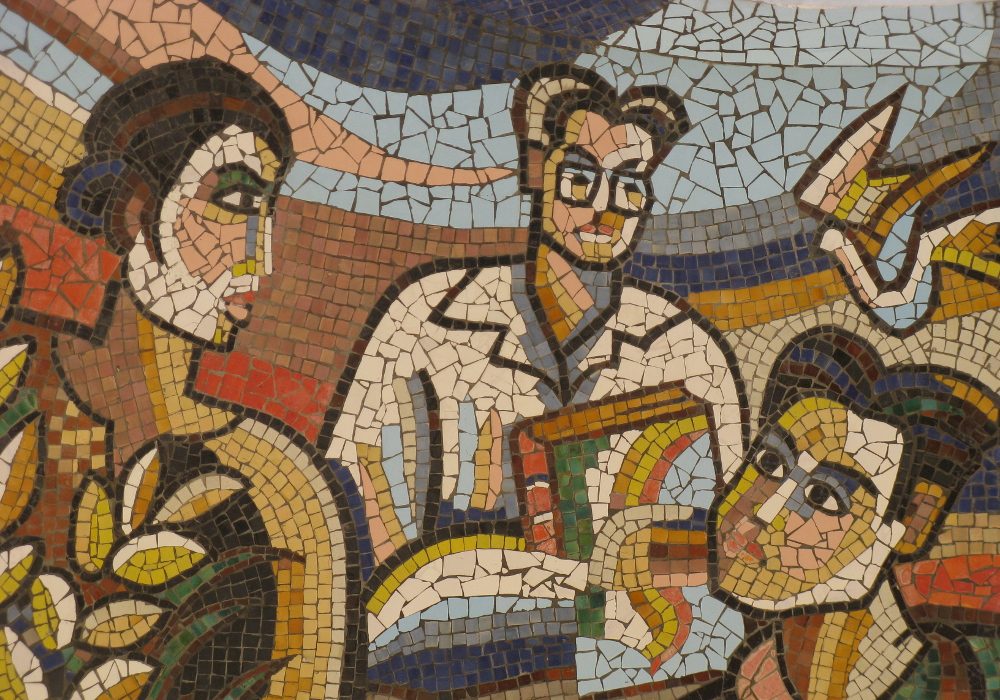 Ex Cathedra: Is Having More STEM Majors a Good Thing?

Do we really need more scientists?

In my last article I outlined a number of things that the scientific establishment is doing to undermine its own positions and credibility. One of the biggest problems science has, and this is true of all academia as well, is that it is simply not big enough to support all the people who want to work in it.

So isn’t the solution to this more federal funding for the sciences? Is it to encourage more women and minorities to enter the STEM fields? Is it H1B visas to Indians and the Chinese?

The solution is to allow fewer people to major in a science.

People on the right often mock the SJW oriented classes of the humanities and arts as being bad investments. You won’t hear any complaints from me about this. Most of the liberal arts have become social justice toilets, centers of political correctness, and yes, anti-Western and anti-white sentiments that are often seen as being cool by the (mostly) white students who major in them.

They’re a good way to throw away a lot of money and time. And if the right does not respond to the left’s move on the sciences they will go the same way. Indeed if the left succeeds in taking the name of science for itself it will become a powerful weapon against us in the future.

The sciences are unique. They are in no uncertain terms the origin of the West’s success in the post-Enlightenment world. In a society where materialism and consumption are king, you have to have something to spend the tax cuts the neocons promise you on something right?

But science is under attack, not by the religious right, or young Earth creationists, but by the left that claims to revere it. I see leftists all the time saying that they believe not in a deity but in science. Never mind that science is a method of investigation and not a metaphysical belief system but hey, who’s got time for logic when you have to make signs for the protest?

I can see the Vice headline now: “Trump Just Criminalized Science: Here is How Bernie Can Still Win.”

Want a good laugh? Make some popcorn, pull up a chair and YouTube “decolonizing science.” Actually let me do it for you.

Yes she really said science is not true because it cannot disprove black magic. That is the kind of person with whom the left wants to entrust science. Because she is one of them.

Right now there is a push to get young women into the sciences. There has been much wailing and gnashing of teeth by the Marxists who haven’t yet achieved total gender equality. This is partially a self-inflicted gunshot wound on the part of the right.

During the debate on the wage gap conservatives were eager to say that one of the major reasons women on the whole make less than men is that they major in “feminist studies” not electrical engineering. This is, economically speaking, true.

It also speaks to a larger point. When given a choice, women tend to pick stupid majors. The entire “X studies” racket is about narcissism. Studies programs provide an easy affirmation of your own intellect by people who shouldn’t have been allowed into college as students let alone as professors. Young people eager to learn about themselves then get brainwashed by faculty who, from my experience, have room temperature IQs. And now those types of people want to convince us that the right is anti-science and that they alone are the guardians of reason.

You’re probably wondering how we got here.

During the Cold War era the sciences were seen as nerd turf. Scientists were usually only seen in science fiction stories. They were the counterweight to the jock stereotype. Both were needed to counter the Soviet threat. Scientists were seen as a little odd and a little unusual. They got us to the moon but they were not getting a lot of dates. They were dorks. Definitely uncool.

I know from experience. I was a geophysics major as an undergrad back in the late 90s and early 00s. At the time there were about twenty other undergrads in our department. If I remember correctly about three of them were women. There were some minorities but they were high IQ Asians.

Most of the women I went to school with were just as nerdy as the men. The women I knew were capable. But what troubled the left is that there just weren’t very many of them, and they weren’t overtly liberal. They were interested in rocks not social justice.

When the universities of America and Europe started to turn co-ed few women picked the most difficult majors. And the sciences, unless they took one to medical school, or for my generation, Silicon Valley, were not seen as terribly sexy.

That changed with the rise of the nerd circa 1999. The Matrix had just been released, Peter Jackson’s adaptation of Lord of the Rings was in development, Spider-Man was announced, X-Men had just done well at the box office, online gaming was coming of age, and Star Wars was cool even for adults.

Nerd culture was, and in most ways still is, centred on young white males who grew up in the 80s. This was in large part because in the 00s the kids who studied STEM back in the 90s suddenly had disposable income and a love of nerdy things like Dungeons and Dragons, science fiction and fantasy, and…the sciences. Perhaps more importantly, most lacked families to spend their money on.

With the rise of the internet, nerds were starting to get a little respect. They had taken over the world. The geek had inherited the Earth. Hollywood took notice and with the help of their marketing departments being a nerd slowly became cool.

But the involvement of Hollywood and Silicon Valley liberals gave rise to the notion that to be a nerd was to be left wing. Then came the pop science experts like Bill “the Shill” Nye, and “BlackScienceMan” Neil deGrasse Tyson.

Neither is famous for being a scientist.

Today Nye hosts a dumb show on NetFlix because the guys who grew up watching him on Bill Nye the Science Guy are now studio executives. Tyson is an astrophysicist but he will be remembered as a meme. But both are seen as “advocates for reason and science.”

And so here we are with the sciences being converted and turned into weapons against us in the same way that the humanities and social sciences were taken over by third wave feminists and multiculturalists.

Those professors tell young people that all men are rapists and that whites need to die out because whiteness is oppression. What will happen to the sciences if the cultural Marxists start teaching organic chemistry?

Encouraging women and minorities, who tend to be left-leaning, to enter the STEM fields is the Marxist’s backdoor into owning the sciences. Science is about raw intellect, creativity and due diligence. It’s about hierarchy. That troubles the left who wish the world were egalitarian.

Frankly, I think the cultural Marxists have no interest at all in science. They just like the moral authority that comes with the perception of being seen as objective and rational.

If left unchecked the name and reputation of science will become a powerful weapon against the right.

What do we do?

The solution is simple if not terribly politically correct. Rather than dumb down the curriculum so lower average-IQ minorities and women can graduate, and become agents of the left, simply make majoring the sciences more difficult. And socially, we as a society should only encourage people to attend a university if they need a credential or are truly gifted in some way.

Saddling young women with $70,000 in student loan debt so they can get marine biology degrees and make headway for women in the sciences is laughable. It also subverts the way in which people, and let’s be honest it’s mostly men, gifted (some might say autistic) enough to dedicate a life to studying something such as the intricate nature of the first three minutes of the universe, can succeed.

There is also a sadistic element to opening up the STEM majors is to less intelligent students. I truly feel bad for those who try to get through linear algebra but who don’t really have the aptitude for it. I certainly struggled with some classes.

Encouraging people to enter fields such as physics, where they will have little hope of finding a job if they graduate, is cruel. And worse, it overpopulates a field with subpar minds looking for jobs where their greatest hope is affirmative action.

I’m sure I’ll end up on The Mary Sue or Buzzfeed for writing this, but I don’t care. Let their breathless writers spill empty words and ad hominum attacks against me. I’m going to defend the people who should be in the world of the sciences and engineering. (And for the record, I didn’t pursue a geophysics graduate degree because my math scores weren’t all that up to par either. I’m a writer not a scientist).

Science is, and should be, apolitical. It is a method, not a subculture and not a weapon.

The left is trying to own STEM the way they own the humanities. This cannot happen. The solution is to make the sciences more elite so only the truly special among us can hack it.