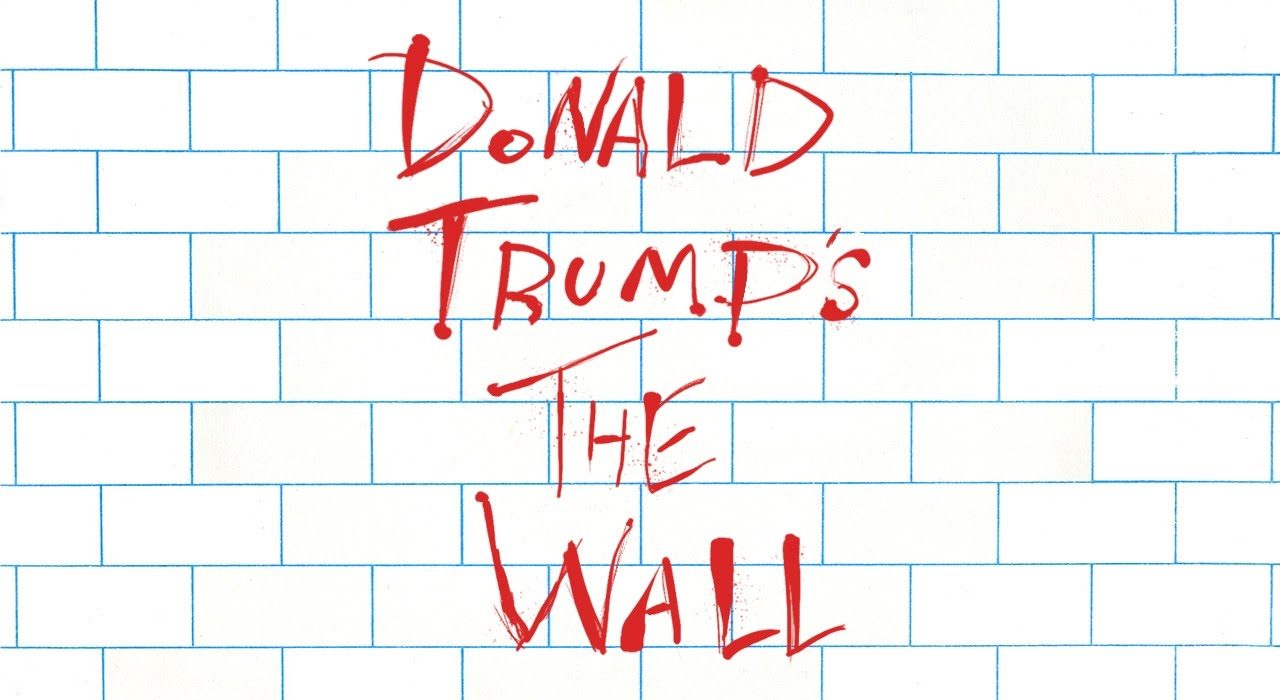 Will There Be A Wall After All?

If the wall does not go up, Trump and the Republicans are finished.

Only the old school left, libertarian right and the Alt-Right cares about Trump’s flip-flop on Syria. Even less people care about Trump’s bizarre moves against North Korea. The Wall is what it all comes down to. It will either make or break the Trump presidency.

Ann Coulter sounded off recently on Donald Trump’s promise to build his big beautiful wall on the southern border:

No one voted for Trump because of the “Access Hollywood” tape. They voted for him because of his issues; most prominently, his promise to build “a big beautiful wall.” And who’s going to pay for it? MEXICO! You can’t say that at every campaign rally for 18 months and then not build a wall. Do not imagine that a Trump double-cross on the wall will not destroy the Republican Party. Oh, we’ll get them back. No, you won’t. Trump wasn’t a distraction: He was the last chance to save the GOP. Millions of Americans who hadn’t voted in 30 years came out in 2016 to vote for Trump. If he betrays them, they’ll say, “You see? I told you. They’re all crooks.” No excuses will work. No fiery denunciations of the courts, the Democrats or La Raza will win them back, even if Trump comes up with demeaning Twitter names for them. It would be an epic betrayal — worse than Bush betraying voters on “no new taxes.” Worse than LBJ escalating the Vietnam War. There would be nothing like it in the history of politics. He’s the commander in chief! He said he’d build a wall. If he can’t do that, Trump is finished, the Republican Party is finished, and the country is finished.

Ann has been getting frustrated with Trump and she’s not the only one. But for all the frustration she feels with Trump, it doesn’t compare to the hatred she feels for the Republican party.

Republicans are both corrupt and stupid, so it’s hard to tell which one animates their opposition to the wall.

Why is Ann so angry? Well, it seems that the Republicans decided to definitively prove themselves to be an old man’s party of globo-homo oligarchs yesterday.

The Guardian breathed a sigh of relief when they ran with the headline: US may avoid government shutdown as Trump softens demand for border wall.

Congressional leaders sounded confident on Tuesday that they would be able to row back from the brink of a government shutdown after Donald Trump signaled a softening on his demand for immediate funding of the wall along the US-Mexico border.

Though Trump insisted that his controversial plan to build a barrier along the southern border would begin “soon”, Republican lawmakers on Capitol Hill were reportedly pressing ahead with a spending plan that included no such funding. Congress has until Friday to approve a spending package to avoid a shutdown of the federal government.

It is encouraging to see Chuck Schumer so dead set against allowing for the funding of the wall in the budget. Chosen men like Chuck Schumer have a knack for proving to the still-skeptical that Jews are indeed bad news.

Trump’s own party is trying to sabotage him- but this is nothing new. On top of that, his Vice-President seems hell-bent on undermining him as well:

The US has confirmed it will honour a refugee deal with Australia to resettle 1,250 asylum seekers that President Donald Trump previously described as “dumb.” Vice President Mike Pence said the deal would be subject to vetting and that recognising it “doesn’t mean that we admire the agreement”. “We will honour this agreement out of respect to this enormously important alliance,” he told a joint news conference with Prime Minister Malcolm Turnbull.

And his lovely daughter, Ivanka Trump seems to be a bleeding-heart liberal:

Ivanka Trump, juggling dual roles of White House adviser and daughter of the president, said in an interview aired on Wednesday that the United States might need to admit more refugees from Syria, a pointed public departure from one of her father’s bedrock populist positions.

The report continues to suggest what many have already been gossiping about. The Kushner/Bannon civil war within the White House:

But two advisers to Mr. Trump, who declined to be identified talking about an internal White House dispute, described the statement as a political misstep. Her comments, they said, revealed a simmering private policy debate in the White House that pits Ms. Trump and her husband, Jared Kushner, against hard-core nationalists like the president’s chief strategist, Stephen K. Bannon, and the policy adviser Stephen Miller, who see the crackdown on immigration from Muslim nations as fulfillment of a core campaign promise to Mr. Trump’s white working-class base.

So now we have to wonder if the Wall will be built after all. It seems that a lot of people in Trump’s own party, his cabinet and his own family don’t like the nationalistic ideas that Trump ran on. The will of the American people catapulted the man into the White House with the hopes that he would be their champion. We always knew it would be Trump and us against the whole rotten establishment.

But is he still really with us?

Many of us on the Alt-Right were let down by his shenanigans abroad, but the Wall is what it really comes down to. This is what will become the defining symbol of his promise to the American people. That Wall HAS to be built and the demographic flood HAS to be stemmed. If he caves on the Wall, there will be nothing left of the Trump that we all voted for in November.

And then all bets are off.