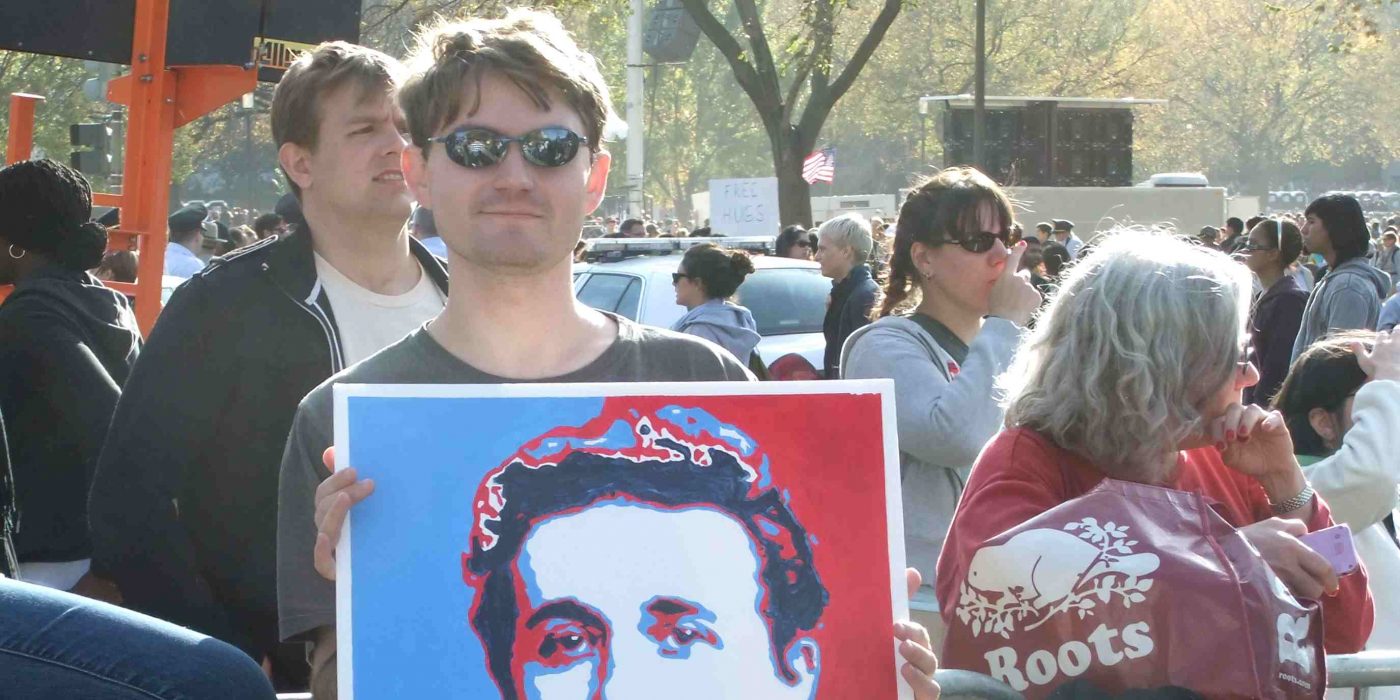 Ex Cathedra: Science, Politics and the Alt-Right in Modern America

The Left uses (((science))) as a battering ram to spread their pozzed agenda.

So if you’ve been following the news you have probably heard about the “non-partisan but political” marches that took place on Earth Day, April 22nd. These marches were billed as just scientists, science advocates, and science fans getting together to protest what they saw as the rejection of science by “that guy in the White House,” as was said by more than one person virtue signaling on FaceBook after the march.

This is an old play out of the American (primarily leftist, but I’ve seen people on the right use it as well) playbook. If you support something you must believe in federal funding for it. If you don’t believe in federally funding some project you are opposed to it.

The dichotomy is obviously false. Plenty of people support something without believing it needs federal funding. Science is no different. Opposition to new highway funds or new funds to give teachers a raise does not mean you hate roads and education. But that’s the way the modern left makes the argument.

Fund it or else you are anti-science, roads, education, medicine, gay rights, etc…

More rational people, you know the kind of people who don’t feel the need to virtue signal about loving science and facts and truth, understand that not funding something is quite different than being outright opposed to it.

Science is in trouble, and not from the right or the Trump Administration. But from its own internal inconsistencies as well as the politicization of science. This is the first article in a series that will attempt to illuminate the world of science to the layman who may not have trained in science or who probably did not spend the better part of his life in academia (which today is the home of much science) training for a career in the sciences.

This series of articles will address the way in which politics has been politicized, and how the left has attempted to co-opt “science” to counter the arguments of the right. We will look at peer review, funding issues, the over production of STEM majors including PhDs as well as looking at the effects of pushes to get women into STEM programs and careers.

For today, let’s address the March for Science, and some of the talking points that seemed prominent.

It was supposed to be a non-partisan demonstration, but in fact looking over many of the signs present at the rallies it is clear that the left is trying to steal the notion of science for themselves. Why?

Well because science is a high trust and high prestige endeavor. Most people believe in scientists, because they have never seen behind the drape. Here are a few problems, explained briefly in this article, but will be explored more in depth in the future, with modern science that the march for science did not address.

First, most people never see how often peer reviewed articles are pushed through simply because the research agrees with the people on the editorial board of the refereed journal. It’s incredibly difficult for a dissident scientist to get a paper published. Never mind get funding for a project that may have some wrongthink included in it. If the hypothesis to be examined threatens the established order of the discipline it will likely die before even being investigated. There are people who take power, then use their positions to prevent criticism of their work. But most laymen never see that.

Second, most people never see how often science changes its direction. A few years ago a friend who is a professional geologist told me that about 40% of what he reads in journals is unable to be replicated. If publishing your results means anything it means the ability to replicate what other scientists did, thus confirming the conclusion or at least affirming the assumptions of the project. But if science is in such a dire position perhaps we the public, non-scientists, should be a little more skeptical of claims made by scientists, and reported on by mainstream journalists.

Third, corruption is common with funding. Several years ago I spoke to a professor of planetary geology and he said that he had an alternative hypothesis about some of the striations seen on Mars. He believed they were due to lava flows, not Martian ice. He has yet to get his work funded simply because “everyone agrees” that these channels on Mars are made by ice. Consensus is the enemy of inquiry. And this is just one case.

Fourth, we are overproducing STEM graduates. Many of the people who spend more than a decade training to become scientists never get the opportunity to conduct their own research. Perhaps the fact that many don’t get funding or positions in academia drove some sentiment of the march for science. But the fact is there can never really be “enough” funding. There will always be questions to be asked, and answered. And to do that requires funding. And America simply cannot fund everyone being pushed into STEM these days.

Finally, there is the issue of dogmatism against skepticism. Most of the scientists I know (and that is quite a few) consider themselves skeptical in temperament. That’s a good quality for a scientist. But today too much science is being turned into dogma that cannot be questioned. That’s the exact opposite position science should take. You can always question scientific conclusions. That’s the difference between science and religion. Religion speaks “ex cathedra” aka “from the chair” of the church. But science is supposed to be different. Unfortunately, when it comes to certain topics in science this is simply not the case.

When I was a kid we were introduced to a concept called global cooling. Then in high school it was global warming. Now it’s called climate change. And I’m told next up is the phrase, “climate catastrophe.”

And science advocates tell us we must accept that anthropogenic climate change is real, less we be called “climate change deniers.” More than simply accepting the science we are told that 99% of scientists believe in man-made climate change. To disagree makes us not only stupid, but immoral.

The climate change debate is but one of the problems facing science from a political standpoint these days. And the Trump administration has been criticized by many on the left for its skepticism about climate change.

The issues I’ve just addressed are only the tip of the iceberg. We will look at each in further depth.

In my next article I will focus on the way academia is undermining future scientists by overproducing STEM graduates, and pushing people who don’t belong in the sciences into STEM fields.

For now, it is enough for me to say that the march for science was an attempt by the left to grab the authority with which science speaks, and claim it for themselves. We cannot let them define the debate or define us, by calling themselves the sole advocates of science and logic and reason.