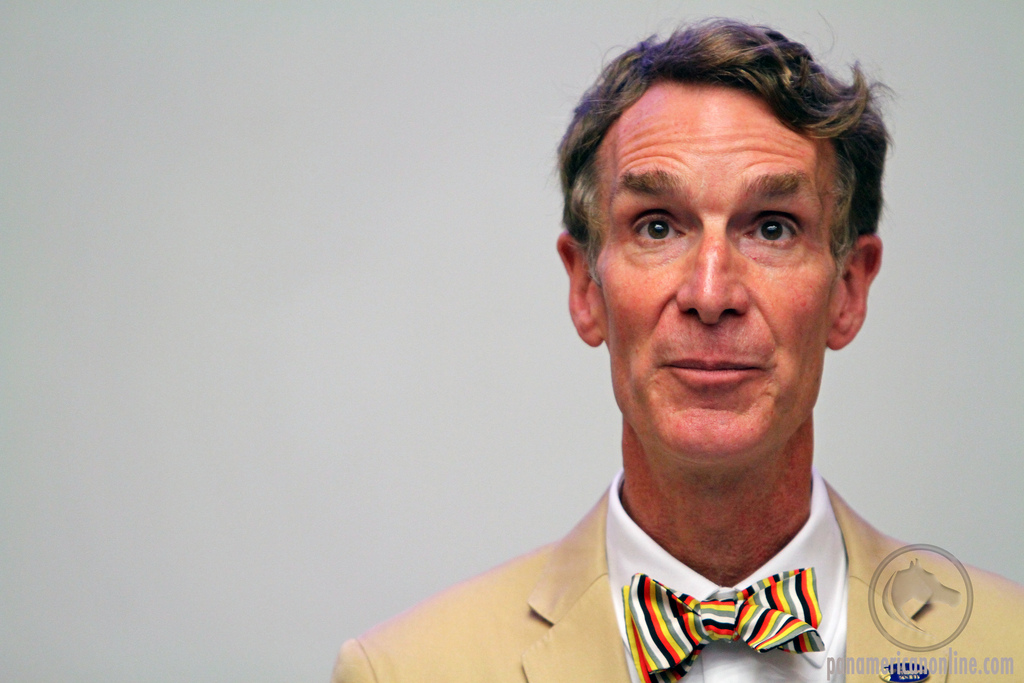 When I was growing up, I got to see a lot of Bill Nye in school. The teacher would pop in the video and even the rowdy Dindus would shut up and watch mesmerised as Bill Nye talked about magnets for 20 minutes. The shows were really quite good, and they remain a pleasant “90’s kid” memory for me to this day.

But it seems that Bill Nye’s tribal instincts (which lay dormant for decades) have surfaced and now he is a walking advertisement for progressive causes, appearing on TV shows and on Netflix to shill for shekels and promote degeneracy.

He has this new show called “Bill Nye Saves the World” on Netflix.

Check out this clip.

I don’t think I’ve ever seen a Youtube video with such a one-sided like/dislike ratio.

You could say that this video is a sort of high water mark. Where future Chinese scientists can point to as the moment when the collapse started in earnest. But I don’t think so. This video is ridiculously cringy, it is like some no bullying video that you are forced to watch in school that makes everyone guffaw at the acting and try-hard amateur actors.

No one likes ham-fisted propaganda like this. It will undoubtedly backfire.

As for Bill Nye, well he has been cashing in on his “science” credentials and the nostalgia of Millenials to talk about Global Warming, among other things in recent years. I can honestly say that he has single-handedly made me doubt the truth behind the greenhouse gas theory… 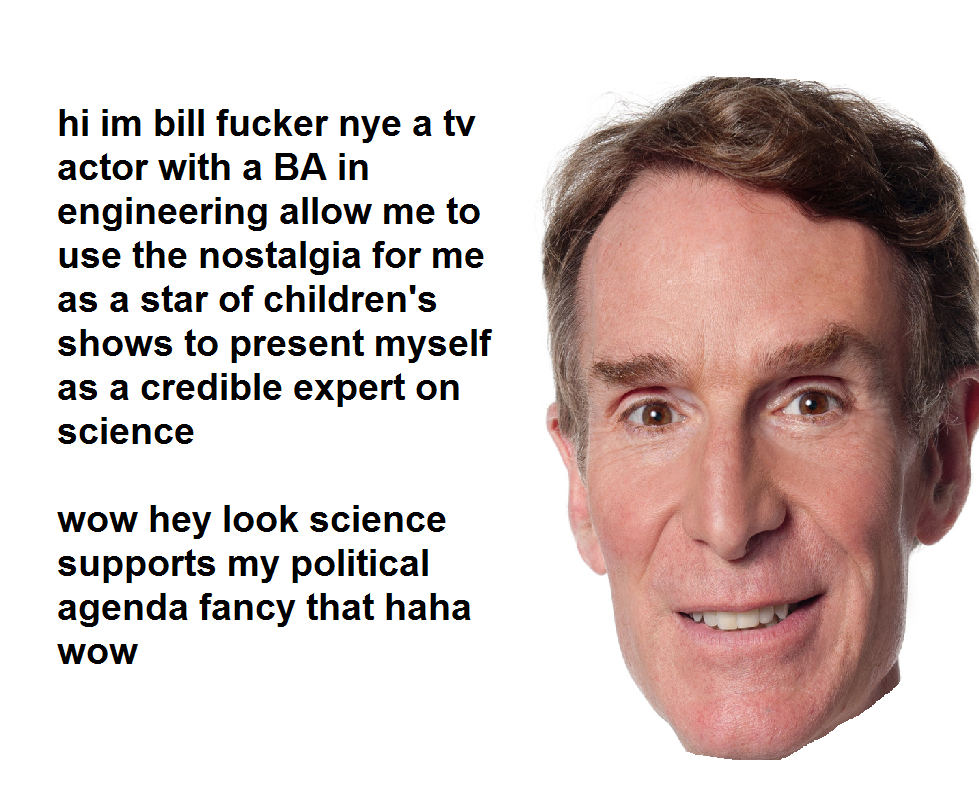 In Western Universities, there exists a certain group of try-hard numale nerds that have this whole “I FUCKING LOVE SCIENCE” cult that worships other sexless nerd robots like Bill Nye. Needless to say, despite their protestations to the contrary, no one thinks these people are “cool” no matter how many times they sprinkle profanities into their geekspeak about magnets and atoms.

Bill Nye has been making a big media comeback. Here is a recent video of him on Tucker Carlson’s show. Spoiler, he gets Tucked:

But let’s go back to that video of Bill Nye making a fool of himself.

Is there anything sexy or appealing about an old man dancing to the tune of an overweight diva singing about her vagina?

But never forget the thrill of transgression. Right-wing ideas are transgressive. And are therefore interesting, and sexy. Herbert Marcuse once wrote about the eroticism of the Right. Susan Sontag did as well. And the Right is more erotic than the Left, is more exciting than the Left. The Left is boring, the Left is extraordinarily grungy and erotically unexciting, you know, despite its prevalence and its penchant for decadence. There’s a degree to which it is not as radically outside the box…One should never lose sight of the reason that people are opposed to our ideas is because they are thrilled to be frightened by them. They are thrilled to be appalled by them. It is the political equivalent of Satanism to many people. I’m saying nothing that is at all original. And in doing so we actually make ourselves tremendously attractive at certain levels of consciousness—not to some Southern Baptist chapter, admittedly. But you make yourself tremendously psychologically appealing. You may not have a halo over your head but you are transfigured in a sort of dark and sepulchral light, which makes you deeply spiritually ambivalent to people who exist now…

We should be thanking the Left for making it so damn easy to be counter-cultural and on the Right in 2017.

My favorite part of the video is where they start singing about giving handjobs to strangers. Remember kids: