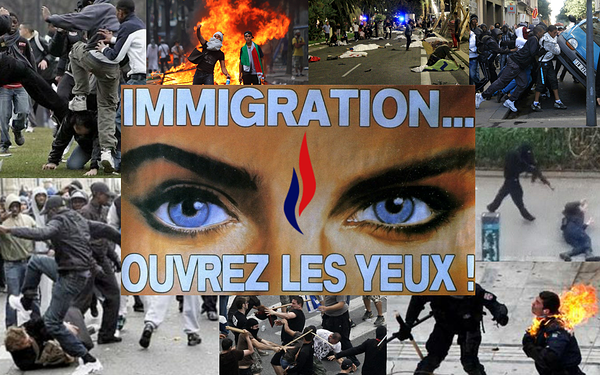 Sheltered French Villagers and SWPLs Let The Front National Down

Zerohedge brought up a fascinating finding from the first round of the French Election:

Despite coming second in the results, trailing Macron by just over 2% in the final vote, there were several places in France where Marine Le Pen didn’t manage to get a single vote: 56 places in fact. The map below, courtesy of TheLocal.fr, shows a zoomed out version of the map (so not all 56 points may be fully visible) displaying the villages, all under 100 inhabitants strong, where not a single box was ticked on the ballot paper for Le Pen. It shows two clear clusters of non-Le Pen voting villages, one large group in the south-west, and another tightly packed group of FN-shunners between Grenoble and Marseille. The rest are spread across the east and north, creating a crescent of Le Pen no-go zones.

Here is the map: 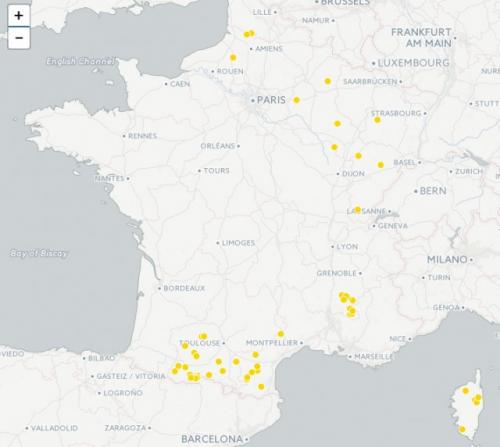 Well well well! It seems that those living far away from the diversity can allow themselves to not worry about the changing demographics of the country. As long as their pension money keeps coming, what do they care? After all, voting for Le Pen seems a bit rash. What on earth is wrong with the kids these days??

We saw the same thing in the primaries with Donald Trump. His rival, Ted Cruz got the support of the bible belt and areas far away from diversity. It was whites living much nearer to diversity that voted for Trump.

Sheltered Whites are probably the biggest problem that any nationalist party or movement faces. They have the luxury of not having to think about race.

And another map showing what regions of France voted for Le Pen and which didn’t:

I don’t know much about France, but I know for a fact that the little tip sticking into the Atlantic is one of the Whitest parts of France left. And that sea of blue around Paris? Thank the migrants and the White Bobos (French SWPLs) living in the nice segregated parts of Paris for that.

Le Pen has a VERY steep obstacle to overcome in the upcoming second round and it is the SWPL instinct. The cloying desire to indulge in universal feel-good fantasies about the vibrant multicultural future of France- while living far far away from any of the diversity is what prevents Le Pen’s ascent to the Presidency.