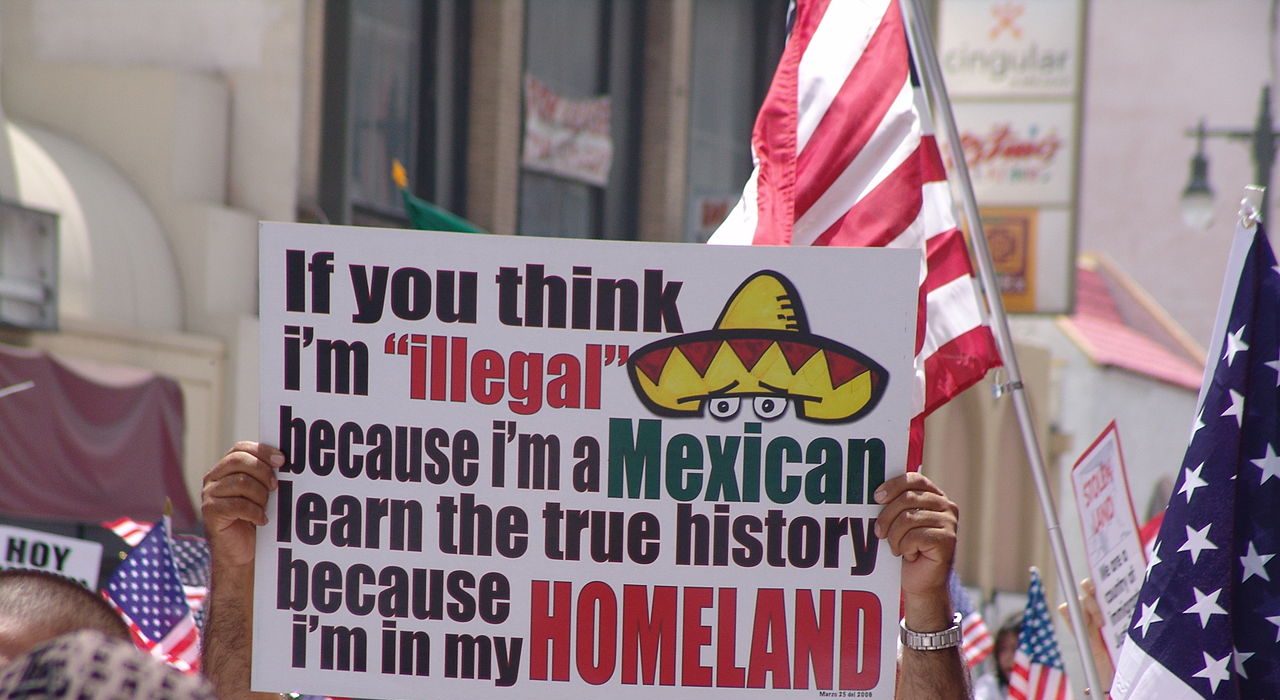 Trump’s DREAMers Will Be His Downfall

The derailing of the Trump Train means the end of Trump and the end of America.

Back in 2012, President Obama signed an executive order titled Deferred Action for Childhood Arrivals (DACA), blocking illegal immigrants from being deported if they arrived as children. This came as a response to the decade-long failure to pass one of several DREAM Acts. An acronym for “Development, Relief, and Education for Alien Minors,” DREAM also invokes the language of the “American Dream,” and helps soften the implication that young foreigners are our demographic replacements by tying them to the American civil religion. The DREAM act would have given people who trespassed as minors a path to citizenship while the executive order merely prevented them from being deported. So Obama gave the “DREAMers” a few more years of guaranteed residency in the United States. The rhetorical language used here hijacks terminology Americans are already familiar with and turns it against them, which would be brilliant if not being used for an evil purpose.

Now, like all immigrants legal or illegal, most young illegals are not from Europe. And most people in this country who are of non-European origin (the minorities projected to become a majority by 2040) vote for Democrats. Most Democrats support the immigration system because it produces more Democrats, but also want it “reformed” so none of these future Democrats are threatened with deportation.

So guess who wants to play right into their hands?

In a recent interview with the Associated Press, President Trump said his policy was that “the DREAMers should rest easy,” because “this is a case of heart.”

Up to two million, mostly non-white illegal immigrants have now earned permanent residency in the United States. I say permanent because if Trump gets a second term he won’t deport them then either, and when he is succeeded by a Democrat (who will have electorally benefited from his inaction on the problem of Democrat-producing immigration), he or she will not deport the aging trespassers either.

All Trump had to do to stop the creation of up to two million more non-White Democrats in the medium-term and millions more in the long-term was to cancel Obama’s executive order. Obama’s “unconstitutional” orders were something Trump had promised to dispose of during his campaign. Now he’s not going to, literally because he feels sympathy for the language of “DREAMers” and “childhood arrivals.”

The Trump presidency is quickly becoming a farce. Americans did not vote for George Bush, John McCain, or Mitt Romney when they voted for Donald Trump. They voted for a nationalist and populist platform of America First. Yet here we have a president who will refuse to deport illegal immigrants for the arbitrary reason that they arrived here as minors, a policy which benefits liberals and immigrants rather than nationalists and populists.

One of the biggest no-brainer ways to help reverse White demographic decline, which will end the Republican party and ultimately the United States as we know it, is to deport people who have no legal right to be in this country. If our Republican president cannot even carry out the most basic form of political self-preservation, how can we expect his decisions on anything else to be sound? Why is he authorizing the artificial growth of the opposition party?

Certainly, there are people in his administration who disagree with this course of action. And given how incapable the White House has been on the whole of maintaining a consistent message, they should speak out using their positions of authority. If you’re allowed to openly disagree with your boss on the war in Syria or on trade deals you should do the same on immigration.

If both elected and appointed Republicans tacitly agree to amnesty for transplanted,  foreign, non-white Democrats, they are effectively committing ideological suicide.  The American Dream isn’t about replacing yourself with sassy brown people who talk about smashing “white supremacy.”

If we keep treating politics like it isn’t about identity, we aren’t going to be around much longer.

Whatever happened to Ronald Reagan’s home state? Why can’t Republicans win there anymore?

Think of it this way: how many DREAMers would it take to flip Pennsylvania, Ohio, and Florida?

Trump and his heirs in the Republican party are going to find out.