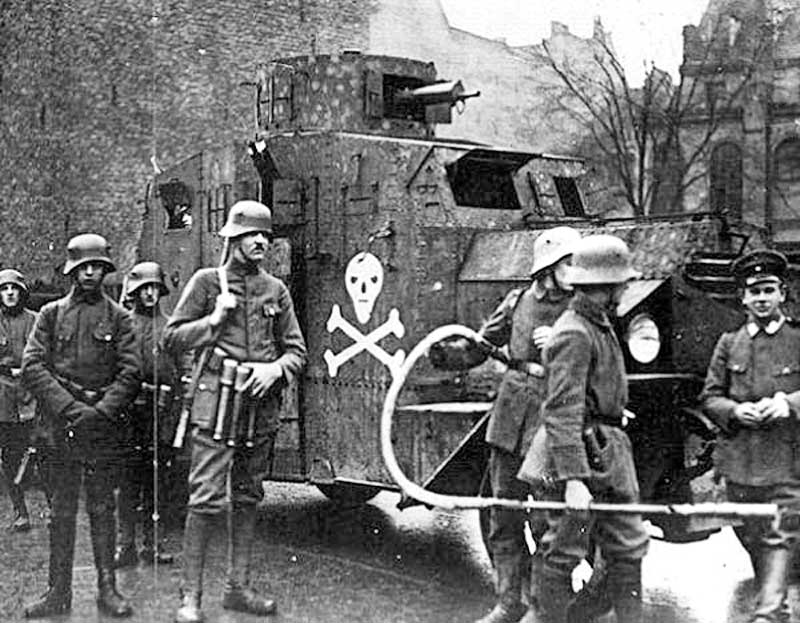 The Peaceful Origins of Nazi Violence

Is the meme of Brownshirt aggression yet another Big Lie of the establishment left?

Submitted to AltRight.com by Ahab

The opening salvo of the political violence now flaring up across American cities was the infamous January 20, 2017 “sucker punch” of Richard Spencer, from behind, as he was calmly attempting to answer questions by a reporter.  This terroristic assault by a masked anarchist in the streets of our nation’s capitol was, obviously, an assault on the ideals on which America was founded.  The idea of a peaceful man, freely and openly expressing his opinion with reason and logic on a public street, being ambushed by communist thugs intent on silencing him with violence, is something of which Mao Zedong would approve but Patrick Henry would abhor.

This didn’t stop thousands of brainwashed normies and libtards on social media from applauding the assault, of course.  On TIME magazine’s Facebook page, the sadistic headline “Watch White Nationalist Richard Spencer Get Punched” had nearly 8,500 likes and hundreds of gleeful comments within 24 hours of posting.  The top comment, with over 1,500 likes in the same short timespan, smugly asked “I thought punching nazis in the face was a long standing American tradition?”

This comment, and countless like it, alluded to the famous cover of “Captain America Comics” #1, which features the eponymous superhero punching German Chancellor Adolf Hitler in the face (while hiding behind a mask, incidentally). This piece of pop art is well known, but what is less well known is the fact that it was published a full year before America’s involvement in the war, when the vast majority of the American people wanted to maintain absolute neutrality. Contrary to popular belief, the cover of “Captain America Comics” #1 was not expressing any American tradition at the time, but was a hugely controversial work of propaganda by comic book creators (((Joe Simon and Jack Kirby))), who hoped thereby to inspire thousands of American boys to willingly sacrifice themselves as cannon fodder in the war in Europe.

That the herd instinct of the mob on social media would gleefully cheer bullying and violence when it is sanctioned by corporations and the media against a politically incorrect target, while ignorantly trampling over the ideals of our nation’s Founders and willingly dancing to the pied piper of (((scheming warmongers))), should come as no surprise to anyone who is a student of history and human nature.  What might come as a surprise to some, however, is that the entire meme of Nazi violence is itself based on an even bigger lie.

Whatever one may think of the former Austrian painter, it goes without saying the man known as more as a speaker than as a fist fighter. Throughout the decade of the 1920s, he communicated his ideas to his fellow Germans with the spoken word, and built his entire movement on the power of free speech. Yes, speech:  that same sacred right enshrined in the First Amendment of the U.S. Constitution.  Hitler didn’t force the German people into his meetings with clubs and bayonets. They came willingly under the democratic Weimar constitution to listen to what he had to say.  He argued passionately, forcefully but convincingly for his point of view.  But there were other forces in Germany and throughout Europe at the time who were determined to reply not with words, but only with violence.

By 1920, bloody communist revolutions had already overthrown governments by force in Russia, Hungary and in Hitler’s home province of Bavaria.  The Red Terror of Béla Kun, the unspeakable atrocities of the Cheka, the murders carried out by the Bavarian Soviet Republic all gruesomely demonstrated to patriots everywhere what treatment they could expect under the tender mercies of Marxism.  Like ISIS today, the communists believed any atrocity was justified in the pursuit of their utopian future state, and that initiating violence was morally justified by their own radical worldview.  In his 1920 book “Terrorism and Communism,” Soviet leader Leon Trotsky derides the “principle of the sacredness of human life” as a “shameful lie” and advocates the use of terror and intimidation as well as mass murder as “not only a necessary evil but an expedient act in time of revolution.”  The initiation of political violence ran deep in the Marxist DNA, with all the moral certainty of Old Testament wrath.

In Germany, as the young leader of the N.S.D.A.P. attempted to build popular support for his party, he found his meetings confronted again and again by apostles of communism determined to put Trotsky’s words into action.  This was the era of the infamous S.A, or Brownshirts, the Nazi paramilitary force whose very name is today a byword for violent intimidation of political opponents.  Yet the S.A. was first organized informally as a defensive force to protect National Socialist speakers against violent attacks. The original name of the Brownshirts was Saalschutzabteilung, or “meeting hall protection detachment,” and Hitler writes about their origin in his autobiography:  “Its first task was limited: it consisted of making possible the holding of meetings which without it would have been flatly prevented by the opponents…. It did not want to establish violence as its aim, but it wanted to protect the messengers of the spiritual aim against oppression by violence.”

He further admonishes his bourgeois (cuckservative) critics, writing: “For them, of course, our principle, ‘those who attack us with force we will ward off with force,’ had something terrifying. They not only reproached us for the brutal worship of the blackjack, but also for the lack of spirit in itself. But it makes no impression whatsoever on such a quack that in a peoples’ assembly a Demosthenes can be silenced if only fifty idiots, supported by their talk and their fists, won’t let him speak.”  Demosthenes was a classical Athenian statesman famous for his oratory and intellectual prowess.

In a December 20, 1931 interview with the New York Times, Hitler was asked by reporter Harold Callender about the S.A. and “Nazi tactics” from the American point of view.  Hitler responded, “The National Socialist movement is not a military but a political organisation.  It is characterised, however, by very strict discipline.  The form and nature of a political organisation are determined not only by the will of its members but also by its opponents.  Germany has today more than 6,000,000 Communists and from six to seven million other varieties of international Socialists.  These represent the advance guard in our own country of a formidable foreign power.  Democratic theories and admonitions do not suffice to resist a force which is motivated not by belief in democracy but by bloody brutality.  If America had 20,000,000 Communists and Social-Democratic Marxists, the American people would readily understand why the National Socialist movement inculcates in its members the highest discipline and a readiness for self-sacrifice.”

The idea that the S.A. was founded as an association of bullies and thugs to use violence to intimidate and silence peaceful opponents expressing different points of view is one of the Big Lies of the last century.  It is an unalterable historical fact that the rise of the N.S.D.A.P. was achieved primarily through the building of popular support via the peaceful democratic channels of free speech and free assembly.  It is also an indisputable fact that the original purpose and function of the S.A. was not to physically attack opponents exercising their right to free speech, but to defend the right of free speech and free assembly of its own supporters from physical attack by leftists.  It is likewise an indisputable fact that Hitler, in his own writings, over and over again articulated this defensive function of the S.A, while Trotsky explicitly advocated the initiation of violence and terrorism in support of the communist goals and worldview.

It is self-evident that the spiritual heirs to Trotsky, the so-called Antifa of the 21st century, believe wholeheartedly in the communist advocacy of initiating political terror and physical violence against all dissenting political opinions, whether against members of Alt Right, or simply normal patriotic Americans who happened to vote for Trump.  Whenever anyone on the right accuses these leftists of using “Brownshirt tactics,” or goes along with the Big Lie about the origins and nature of the S.A, they thereby lay the groundwork for the justification of violence against anyone tagged with the “Nazi” label by the mainstream media, and they strike from their own hands the method of their self-defense.