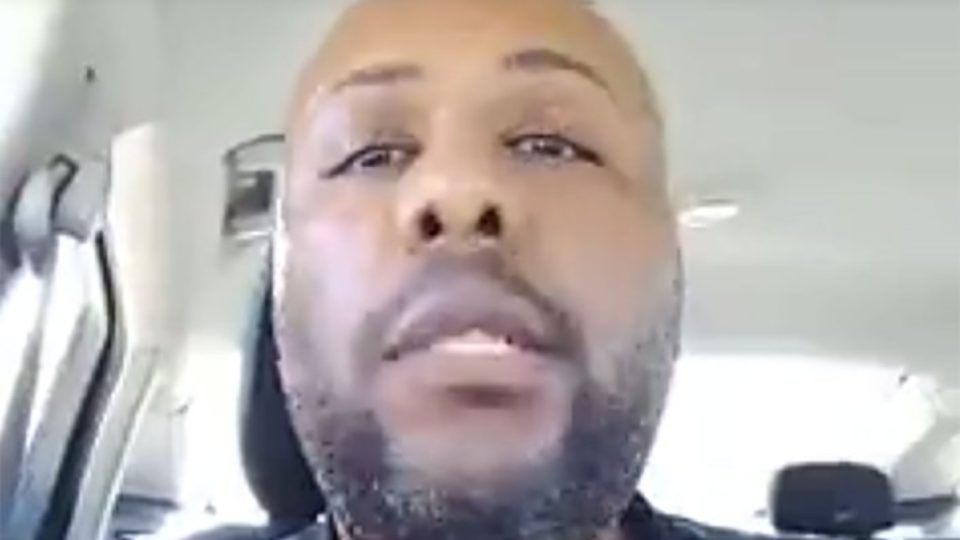 Why Is The Cleveland Killer Still On The Loose?

Whats the point of all that money spent on security if it can't keep Americans safe?

There have been a string of non-stop happenings in recent days. This one may have slipped past your radar:

In a rambling video, Stephens said, “I snapped, I just snapped.”

In the video, Stephens blamed a former girlfriend he had lived with, saying he woke up last week and “couldn’t take it anymore.” But in a statement Monday, the woman shed little light on what might have gone wrong and said Stephens was good to her and her children.

A reward of up to $50,000 for information leading to his arrest was offered Monday.

I figured that there was little point in writing this story up. I expected him to be quickly found, and probably shot. If anything, I was betting on BLM making a big deal about his inevitable death and that the real story would be there. Imagine the headlines if BLM was stupid enough (they are) to side with the killer. But this has not yet come to pass, and the killer is still at large.

The Sunday night Facebook killer – who posted a video of himself on the social network shooting an elderly man in Cleveland – remains at large for the second consecutive day as authorities appealed to the public for help in the case. Police said they have received “dozens and dozens” of tips and possible sightings of the suspect, Steve Stephens, and tried to persuade him to turn himself in when they spoke with him via his cellphone on Sunday after the shooting.

What is remarkable is how a nation that allows incredible surveillance of its populace still hasn’t managed to find this man. Weren’t we promised that all the extra security measure would keep us safe? Is any of it helping us deal with random attacks from the Diversity?

Or take Facebook for example. We reported earlier about Zuckerberg’s open letter stating Facebook’s commitment to controlling the narrative. Here is one of the reasons that Zuckerberg gave for its censorship policy:

There are billions of posts, comments and messages across our services each day, and since it’s impossible to review all of them, we review content once it is reported to us. There have been terribly tragic events — like suicides, some live streamed — that perhaps could have been prevented if someone had realized what was happening and reported them sooner. There are cases of bullying and harassment every day, that our team must be alerted to before we can help out. These stories show we must find a way to do more.

Well that’s strange. Looks like Facebook dropped the ball on yet another affirmative-action murder uploaded to its platform… I mean if you are going to cite safety as a reason for banning “fake news” accounts, like some overwrought elementary guidance counselor, wouldn’t it make sense to follow through on the pretext you gave? Otherwise the mask slips, and people are left wondering. “Why is Facebook and the surveillance state so good at stopping crime-thinkers, but not stopping the Dindu on a killing spree?”

The age of smartphones allows us to see reality as it really is. And this terrifies the gate-keepers of information. If the public should ever learn the truth about the destructive nature of the Diversity, and who the mass surveillance apparatus is really directed at…Well, you know the rest.

Update: He killed himself.