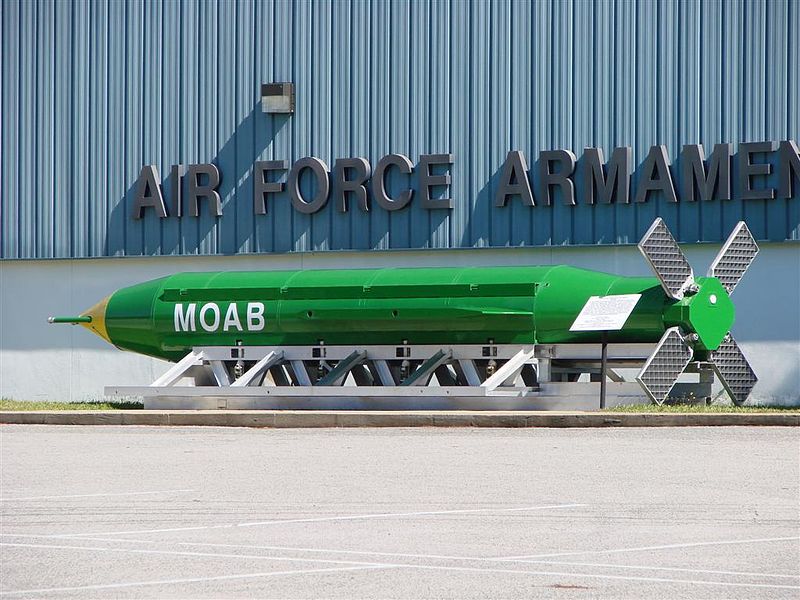 The New Shock And Awe Doctrine

What does MOAB mean for you and me?

The news about the MOAB bomb being dropped in Afghanistan has shocked and stunned analysts. Does it mean that Trump is bending to the Neo-Cohen agenda? Or is it Trump delivering on his campaign promise to “bomb the shit out of ISIS?”

Honestly, it’s actually just a very routine maneuver, a standard playbook move that is entirely consistent with US tactics since the end of WWII. 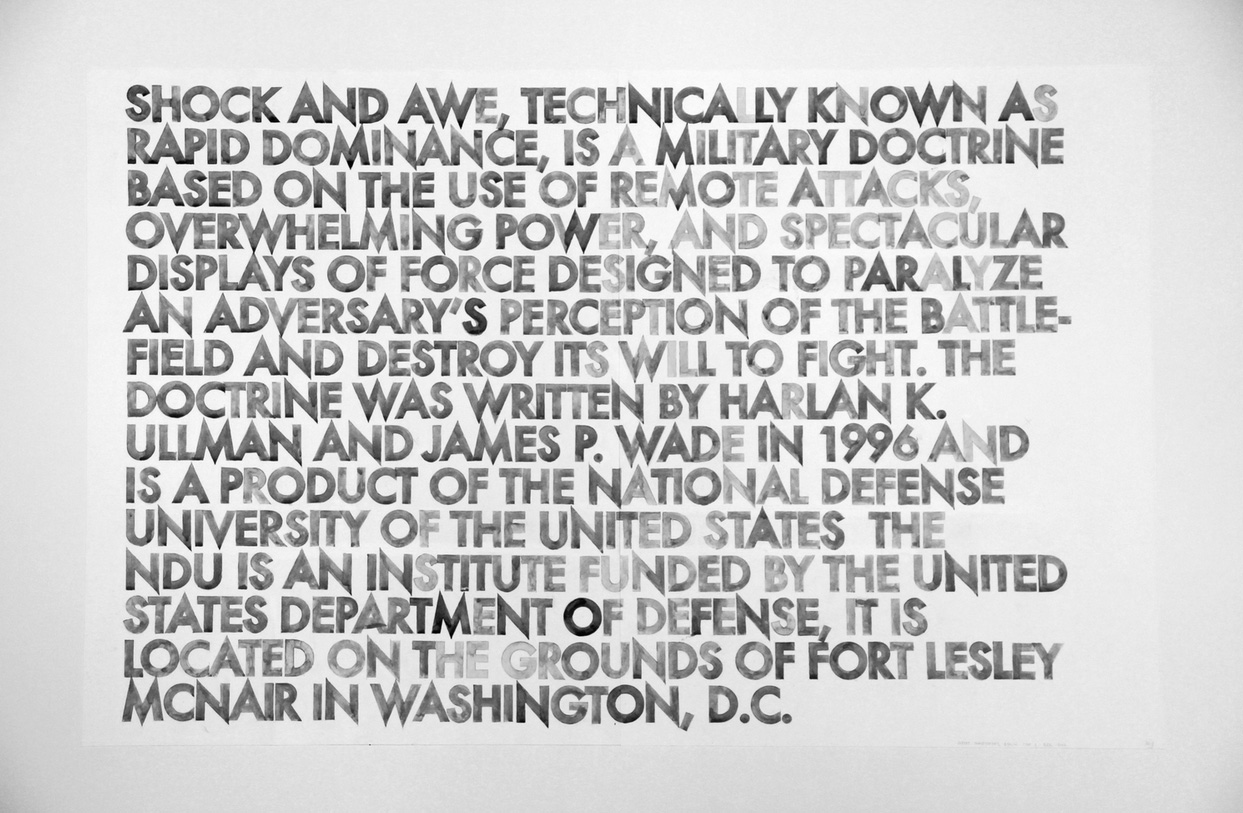 All this talk of chemical weapons and super bombs has everyone’s hair standing on its end. But the United States has a long history of using “shock and awe” tactics to overwhelm and deliver fear to their enemies. We can start at Hiroshima and Nagasaki, where the United States rolled out their new toy to show off to the rest of the world and force Japan to surrender. In Vietnam, where Agent Orange was used to whittle swathes of jungle away and poison the Vietcong.  And we saw the same tactics during the Gulf and Iraq War. In Fallujah in particular, the United States “shock and awe” doctrine resulted in many bunker buster bombs, and shells armed with depleted uranium used in urban environments.

Harvard University has a pretty damning report on the use of DU weaponry in Iraq:

Depleted Uranium (DU) weaponry has been used against Iraq for the first time in the history of recent wars. The magnitude of the complications and damage related to the use of such radioactive and toxic weapons on the environment and the human population mostly results from the intended concealment, denial and misleading information released by the Pentagon about the quantities, characteristics and the area’s in Iraq, in which these weapons have been used.

The consequences were pretty horrendous at least that is what Democracy Now! has reported based on an interview with a local Al Jazeera reporter:

Noting the birth defects in the Iraqi city of Fallujah, Jamail says: ‘They’re extremely hard to bear witness to. But it’s something that we all need to pay attention to … What this has generated is, from 2004 up to this day, we are seeing a rate of congenital malformations in the city of Fallujah that has surpassed even that in the wake of the Japanese cities of Hiroshima and Nagasaki that nuclear bombs were dropped on at the end of World War II.

And US soldiers serving in the Gulf and Iraq Wars suffered from exposure to the fallout as well. Speaking of which, why all the concern over chemical weapons by the same military power that uses DU ordinance? Is chemical death really that much work than radiation poisoning? I suppose that’s up to the (((lawyers))) to decide.

So as far as controversial weapons go, MOAB is not that far out there in terms of what has been used. It is just a really big bomb that was used in a relatively remote place, not lobbed at the center of a city for the maximization of civilian casualties like Hiroshima and Nagasaki, or for that matter, DU ordinance in Fallujah.

But while the Liberal media chews over the news and waits for the order on whether to condemn or commend, not everyone has been so patient. Hamid Karzai, Afghanistan’s former president, condemned the attack.

“This is not the war on terror but the inhuman and most brutal misuse of our country as testing ground for new and dangerous weapons,” Mr. Karzai wrote on Twitter. “It is upon us, Afghans, to stop the USA.” Looks like the falling out between the closest of friends, America and Afghanistan is all but complete…

Every time the United States wants to make a power play on the international stage, it falls back on the same old “shock and awe” tactics. Why the analysts are so surprised by the unveiling of yet another toy with a ridiculous Strangelove-ian acronym is beyond me. Perhaps they, like us on the Alt-Right really thought that things would change under a Trump administration. Nope, it turns out that the Shock and Awe doctrine is with us to stay.