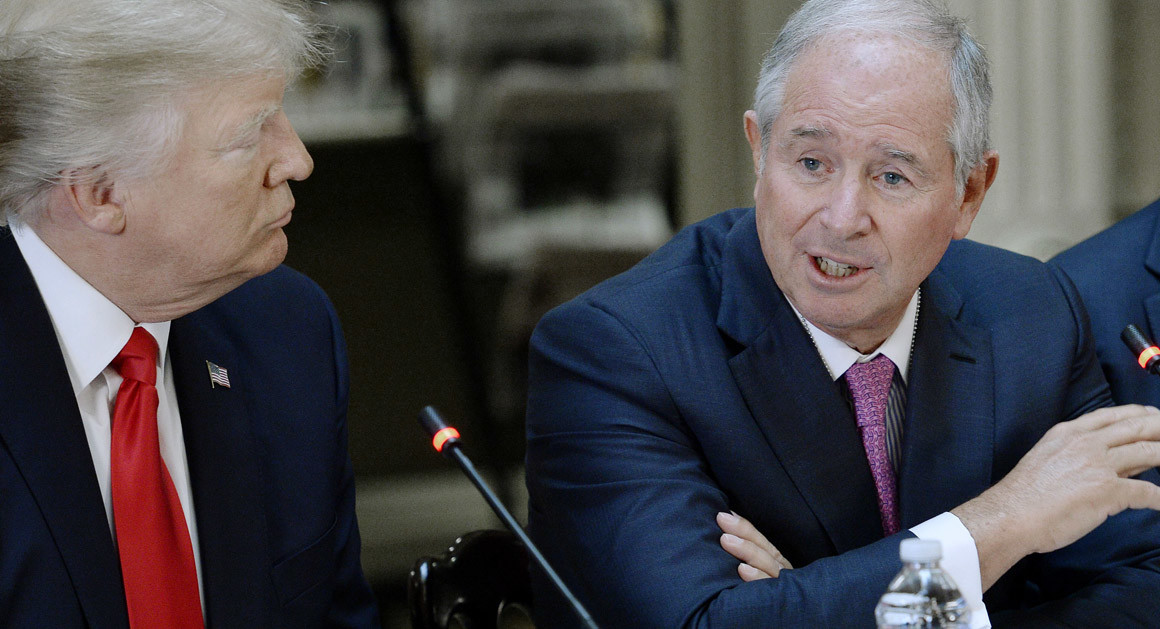 Did you hear the news?

The 2016 election wasn’t about overthrowing the failed political establishment. Instead, it was about empowering Jared Kushner and moderate New York business leaders:

The CEO of Blackstone Group, who has known Trump for years, has become so close to the president that the two sometimes talk several times a week, covering everything from Chinese trade to tax policy to immigration.

White House and New York business officials say Schwarzman was critical to Trump keeping the Deferred Action for Childhood Arrivals program, also known as the Dreamers program, with Trump making the decision after a call with the hedge fund billionaire. The two also recently chatted at Mar-a-Lago about a possible reorganization of the White House, two people familiar with the meeting say, though the conversation didn’t include specific names.

Schwarzman’s growing influence in Trump’s circle is welcome news to New York business leaders and moderate Republicans, who want the president to abandon his nationalist positions and embrace a more nonideological White House amid lagging poll ratings and infighting dominating the West Wing. …”

I’m pretty sure all the populists and nationalists who supported Trump in the 2016 election didn’t imagine Stephen Schwarzman or Gary Cohn having this much influence. In fact, quite a few of those people voted for Trump in the primaries and the general election precisely because they believed he wasn’t a puppet of those people like, you know, Jeb Bush or Hillary Clinton.

In hindsight, it seems Lyin’ Ted was right about Trump having New York values.