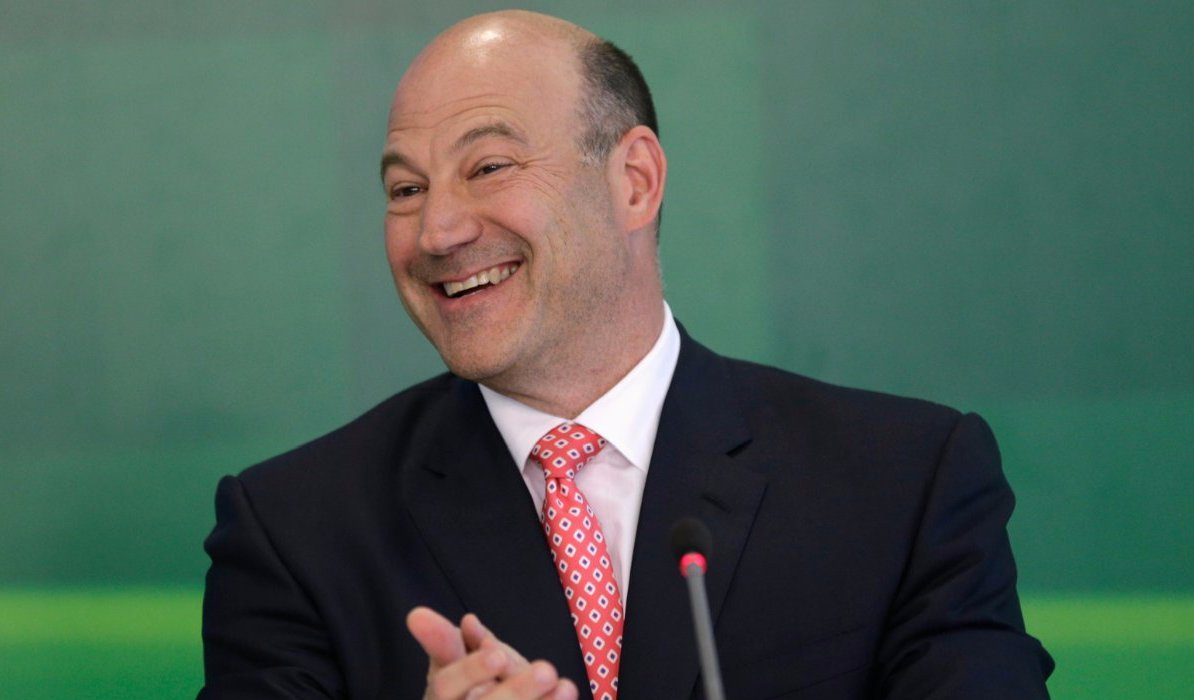 I’m sure everyone agrees it will be interesting to see how long this lasts.

President Trump rode a populist backlash against the political establishment into the White House. The president of Goldman Sachs is the last person on earth we expected to find at his side much less pushing out the very people who we identify with the most in his administration:

“For years now, pundits have been tantalized by the notion that Donald Trump would make an historic pivot, roll back his most chaotic ideas, and return to the comfortably narrow range of political debate. During the campaign, Trump always frustrated this triumph of hope over experience. But in the last several days, Trump has actually pivoted.

It would not be out of place to see Jeb Bush endorse every single one of these positions. They reflect the stodgy business Republicanism America has come to expect since the 1980s. We’ve already seen an extreme focus on the core Republican ideas of deregulation and tax cuts. Now we can add in Cohn-ism, which reveres globalization, puts the US market into a bidding war to achieve geopolitical outcomes, hands out gifts to financial interests and multinationals, and keeps the global pecking order stable, with the United States firmly in imperial control. Please clap. …

Let’s learn a little about our new president, Gary Cohn. He was the guy who ran Goldman’s mortgage department, turning it into an enormous trading operation that fueled the housing bubble. He was the guy who then bet against the housing market without disclosing that to investors, illegally ripping their faces off for profit. He was the guy who exported deceptive finance schemes to Greece, facilitating their decade of depression. He’s now putting that disregard for anyone not in an Italian suit to work for you. If you liked Goldman Sachs pulling the strings in Washington, you’re going to love it when they’re actually running the show directly. …”

As we enter the Globalist Gary era, Trump’s “America First” base will begin to melt away faster than an ice cream cone in July under the Alabama sun:

“As power struggles and ideological battles engulfed the White House, an unlikely player is exercising new influence on the direction of President Trump’s administration.

Gary Cohn, a former Goldman Sachs president, is capitalizing on his new position as director of Trump’s National Economic Council to push a centrist vision and court bipartisan support on some of Trump’s top agenda items such as tax reform and a $1 trillion infrastructure plan. …

In a White House short on experienced personnel, Cohn has found an edge by hiring two dozen policy experts, most with government experience. His team produced detailed proposals on overhauling the tax code, rebuilding infrastructure, cutting back financial regulations and restructuring international trade deals. He is widely considered a future candidate to be chief of staff. …”

I was ticked off when the news broke in December that Gary Cohn was being appointed director of the National Economic Council. Even then, I never imagined him sidelining Steve Bannon in less than three months or the ludicrous notion that he could be “a future candidate to be chief of staff.”

We didn’t vote for Jared Kushner or Gary Cohn. For some reason, we never heard much about these two individuals during the campaign. In fact, this is what we were told in October at the depths of Trump’s campaign in the aftermath of the release of the Access Hollywood tape:

“For those who control the levers of power in Washington, and for the global special interests, they partner with these people that don’t have your good in mind. Our campaign represents a true existential threat like they haven’t seen before.

It’s a global power structure that is responsible for the economic decisions that have robbed our working class, stripped our country of its wealth and put that money into the pockets of a handful of large corporations and political entities.

The Clinton machine is at the center of this power structure. We’ve seen this first hand in the WikiLeaks documents, in which Hillary Clinton meets in secret with international banks to plot the destruction of U.S. sovereignty in order to enrich these global financial powers, her special interest friends and her donors. …”

The future of our civilization was on the line. Nov. 8 was going to be our “Independence Day.”

In his darkest moment, we all rallied to Trump to stop these “international banks” and “global financial powers.” He ended up winning the election in a shocking upset victory because so many people who had given up on the system responded to his appeal. Are you telling me the result of that was to empower Globalist Gary and moderate New York business interests?