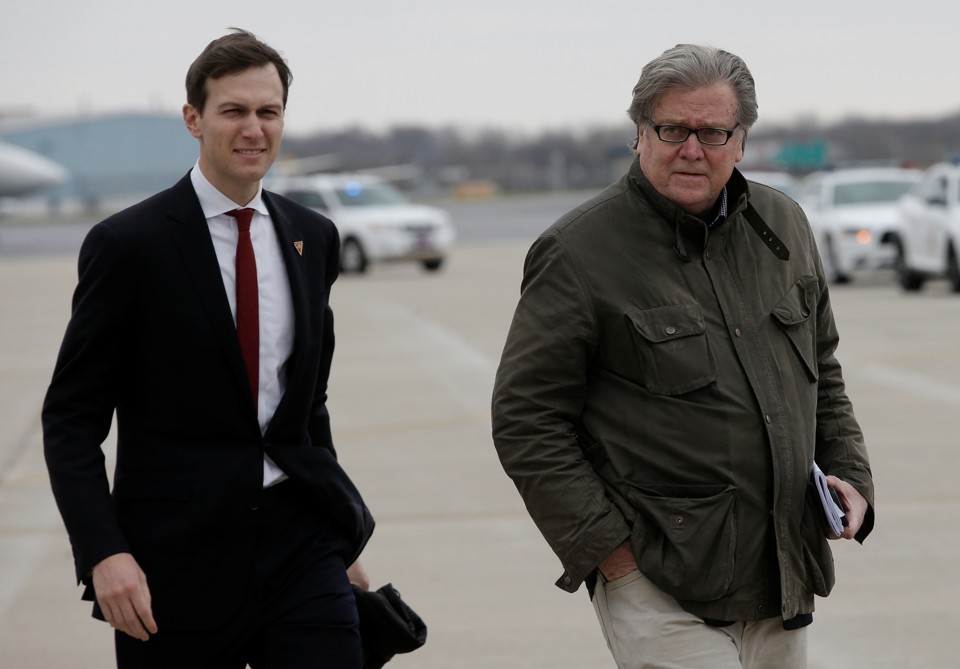 So, this is pretty much what we all suspected:

“Two sources close to Bannon told me the former Breitbart executive chairman argued against the strike — not because of its questionable constitutionality, but on the grounds that it doesn’t advance Trump’s America First doctrine. “Steve doesn’t think we belong there,” one Bannon ally told me. Bannon’s position lost out to those inside the White House, including Jared Kushner, who argued Trump needed to punish the Assad regime. …”

It is Jared Kushner and Gary Cohn, the former president of Goldman Sachs, pushing aside the #MAGA people in order to start new wars on behalf of Bibi Netanyahu and Sheldon Adelson.