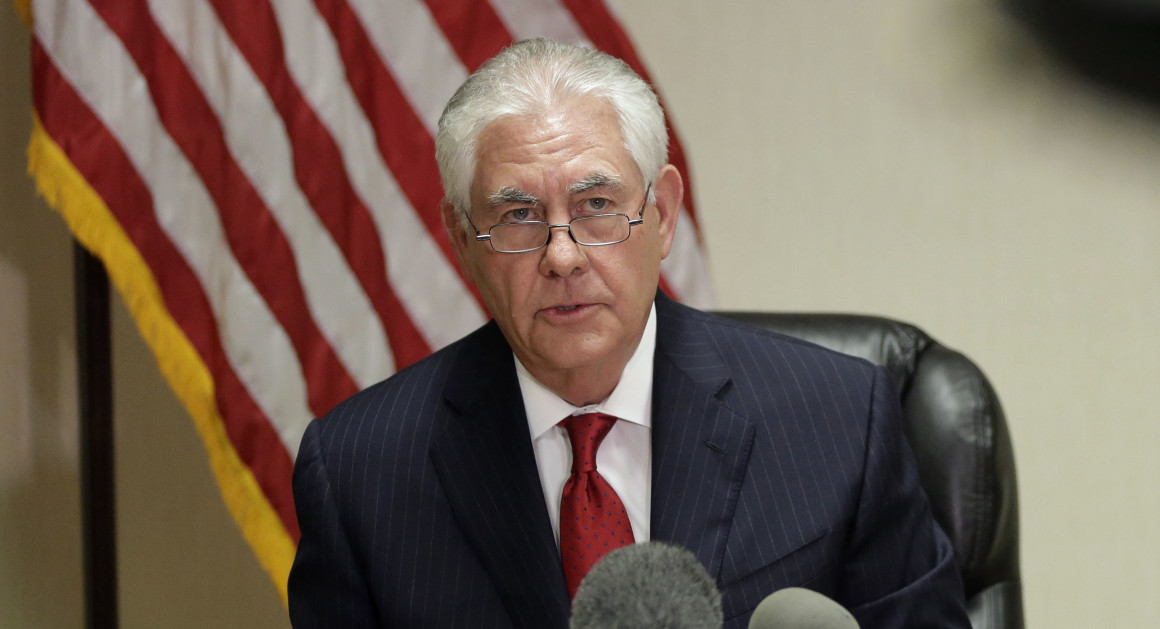 It took less than a hundred days for neocons to infiltrate and capture the Trump administration and transform it into the ¡Jeb! administration:

“Russia should reconsider its support for Syrian President Bashar Assad in light of the apparent chemical weapons attack that killed more than 80 people and “horrified us all,” Secretary of State Rex Tillerson said Thursday.

Asked at a press conference whether the U.S. would lead an international coalition to oust the Syrian leader, Tillerson replied that “those steps are underway.” He said there’s no role for Assad in Syria’s future and reiterated his contention that “information supports” the U.S. claim that the Syrian military was responsible for Tuesday’s bloody attack.

Tillerson spoke hours after a Kremlin spokesman said Russian support for Assad in his brutal, six-year struggle to retain power is “not unconditional.” The Kremlin has made similar statements in the past but remained Assad’s most crucial military ally. …”

We voted for President Trump because we didn’t want anymore W. style neocon wars and regime changes of “evil dictators” in the Middle East. It was a bait and switch. I’m man enough to admit it. I was duped. I believed President Trump when he said over and over again in the campaign that we would have a different foreign policy. We’re getting the Lindsey Graham foreign policy.

In hindsight, I was right to be extremely skeptical of Trump’s Cabinet picks. He packed his Cabinet full of generals, globalists, neocons, top donors, Wall Street insiders, #NeverTrumpers, True Cons and corporate CEOs. He even engaged in nepotism with Jared Kushner. Now those people have seized control of the Trump administration. They’re going to steer us into the very same disastrous foreign wars that we would have gotten if Marco Rubio or Lindsey Graham had won the presidency.

Note: Suddenly, Paul Wolfowitz is back and calling the shots on American foreign policy.