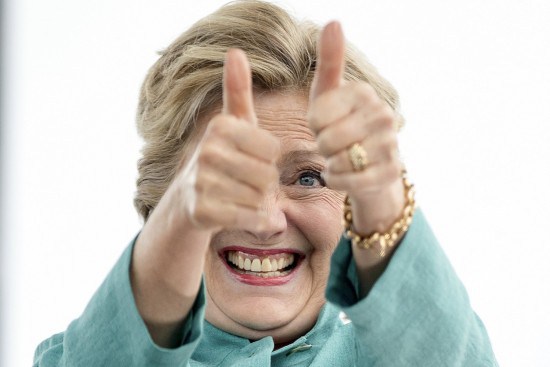 Remember when you thought we had voted against the Hillary Clinton/Jeb Bush/Marco Rubio/Lindsey Graham foreign policy and triumphed over the Washington establishment?

“(CNN) Hillary Clinton called on the United States to take out Syrian leader Bashar al-Assad’s Air Force on Thursday, days after a chemical attack killed more than 70 people in the war-torn country.

“Assad has an air force, and that air force is the cause of most of these civilian deaths as we have seen over the years and as we saw again in the last few days,” Clinton said in a speech at the “Women in the World” summit in New York City. “And I really believe that we should have and still should take out his air fields and prevent him from being able to use them to bomb innocent people and drop sarin gas on them.” …”

We voted for change, right?

Silly Americans, you thought you could change our foreign policy by voting. All the generals, globalists, establishment hacks, Wall Street insiders and corporate CEOs around Trump have have ripped up your “America First” foreign policy and thrown it in the garbage.