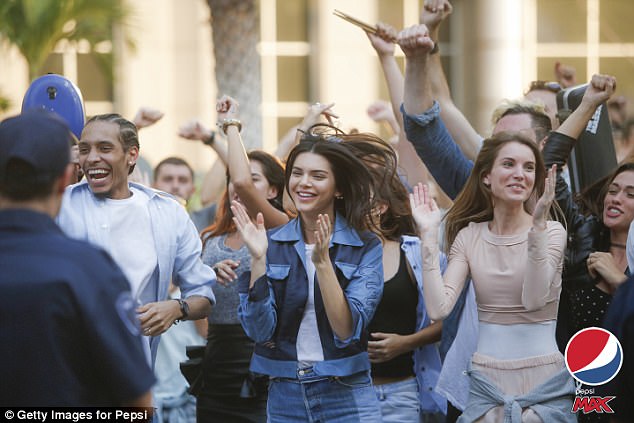 “How will we heal the divisions in American society today? Is there a single, capitalism-friendly solution for creating peace and understanding in our country?

Pepsi has an idea: a can of soda, with a Kendall Jenner twist.

The company’s new ad manages to achieve a startling level of tone-deafness by casting Jenner — yes, Kim Kardashian West’s younger sister — as a high-fashion model who bravely whips off her blond wig to join a throng of protesters and ultimately bridge the divide with white male police.

Thing is, it’s hard not to compare the imagery from the commercial with that of an award-winning photo taken last year of a woman and police at a Black Lives Matter protest in Baton Rouge, La. But more on that later. …”

It looks like I won’t be having another Pepsi.

I’m serious. I’ve already given up Starbucks, Nordstorm and Honey Nut Cheerios over the years. We need to compile a comprehensive list of brands to boycott which are hostile to our community.

Update: Pepsi has pulled the ad for “trivializing Black Lives Matter.” You shouldn’t be drinking Pepsi anyway. It’s bad for your health. It’s also against your values.