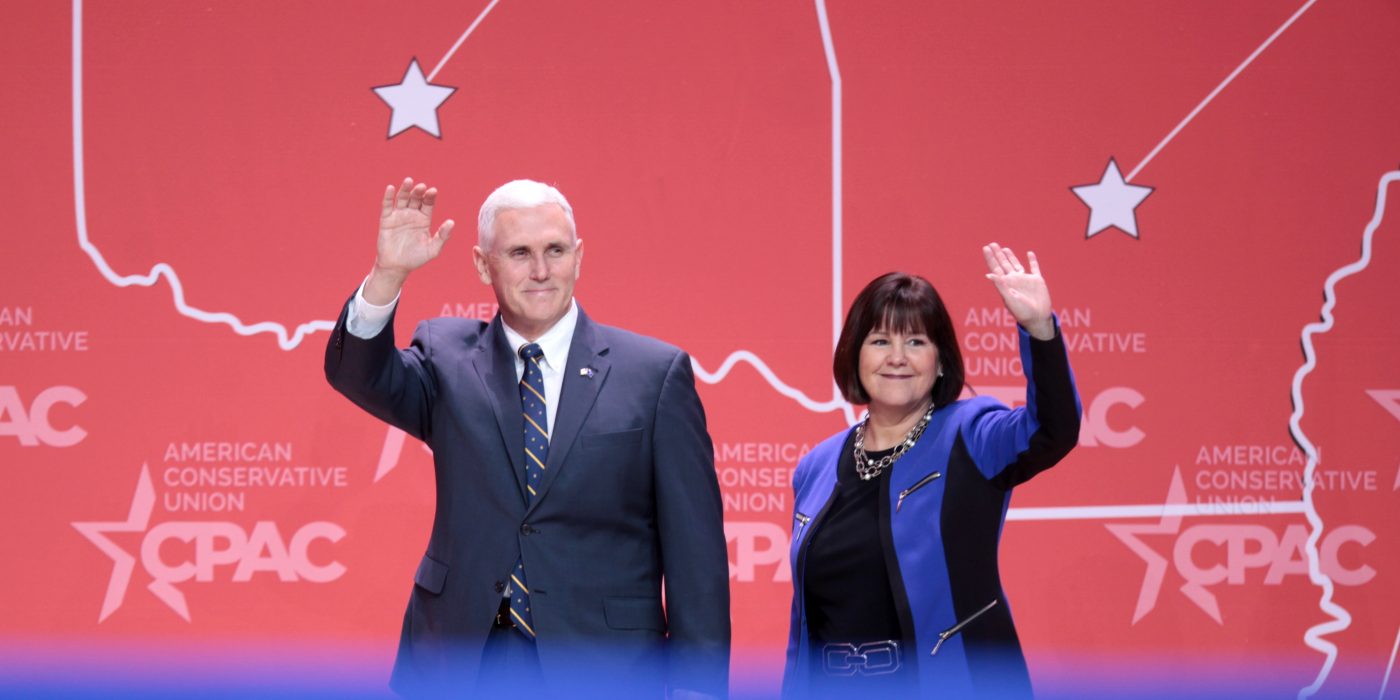 It’s 2017; marriage is passé. Haven’t you heard? The Lügenpresse never miss an opportunity to degrade the character of the reading — more often these days, watching — public. The long-nosed town crier’s latest is a manufactured controversy over Vice President Mike Pence and his wife Karen Pence’s common sense marriage rules. The Washington Post’s derisive portrait of the Second Lady brought to light this “shocking revelation” and implies that Mr. and Mrs. Pence’s marital arrangement is illegal:

Mike Pence never dines alone w a woman not his wife, nor does he attends events w alcohol, w/o her by his side. https://t.co/BxfS0JzbAc

Cathedral sirens blared a summons to neutralize this intolerable affront of decency. Trump transition-team advisor Ken Blackwell quipped that one “can’t get a dime between” the Pences. This example of solidarity between Whites called for a coordinated psychological assault on our sexual ethics. A powerful White man with a stable marriage is an indigestible quantity. Any union between Whites, including the private one between a man and a woman, is a possible threat to the neoliberal order.

Beneath the apparent absurdity of the media reactions is a deadly serious hostility to the foundation of our resistance to our dispossession and historical erasure — the love of one’s own. Our decency frightens our enemies because of its metapolitical implications. We are not demoralized despite their best efforts and control of every cultural organ.

With typical vulgarity, Slate and The New Yorker extolled purchasing power over personal nobility, spinning Mr. Pence’s refusal to dine alone with women as limiting women’s career potential. However, the real desired damage to White values was to paint marital prudence as a mere sham obscuring dark sexual intemperance and any observance of proper boundaries as worthy of mockery.

I can only eat with Mother
I cannot have female friends
Otherwise I'd fuck them
At every dinner's end https://t.co/5gmCNdOgYC

"Mother, please come get me. Judith is eating sushi in a terribly close proximity." pic.twitter.com/6fTt870X7r

The Late Show host Stephen Colbert, characteristically over-animated but dead-eyed behind his Communist glasses, worked his low art of degrading the masses with the aid of studio lighting and canned laughter. His eyes wide with Botox and aggression, he crowed:

There’s the story of how the Pences got engaged while they were out feeding ducks in 1985. Mike Pence hollowed out two loaves of bread, placing a small bottle of champagne in one and the ring box in the other for her to discover as she tore off pieces.” Which is pretty impressive, it means that Karen Pence can tell the difference between Mike Pence and a loaf of bread … It’s actually very cute engagement story. It’s a good thing Karen was there because you wouldn’t want to leave Karen alone with one of those seductive loaves of bread. The yeast isn’t the only thing that’s rising. It’s also worth noting that the couple later got the bread shellacked. Of course, of course shellacked bread is an Indiana delicacy.

White America still lives and loves, despite the imperial class’ mockery of its people, folk traditions, and family bonds. The Pences’ memory of the whimsical, sunny afternoon they fed the ducks before they forswore themselves to one another cannot be tarnished by the catty remarks of an overly made-up Pavlonian late-night television host. Similarly, we who are awake are importantly beyond their reach to corrupt. Transient commissars like Colbert attack the love stories of our people because marriage is the foundational White institution upon which all other White institutions are built.

The oaths we make to one another insures our impudence to survive and our mirth in the face of the abyss that the left insists is our destiny. We will continue to realize the promise of generativity hinted in the first simpers of courtship, and we will continue to envision a dawn of our own making. There is nothing more blithe for our morale, nor grave for our enemies, than the love between our people. Out of love for our people, we will strive and sacrifice. We will not rest until we have secured a future for white children. Love is indeed, reactionary.

TopicsMarriageMike Pence
Share on FacebookShare on TwitterShare on RedditShare on VKontakte