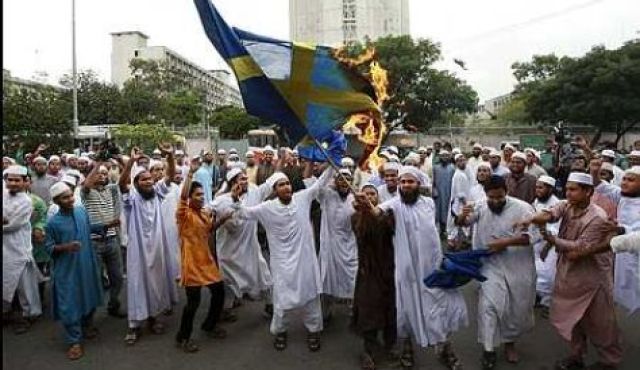 How The Islamic Takeover Of Europe Will Unfold

Sweden truly is the canary in the coal mine when it comes to the Islamization of Europe. But honestly, many parts of Europe are not that much better off. That being said, we will use Malmo as a case study to see how things will unfold as Western Europe lurches forward toward Caliphate status.

For an excellent overview of the situation I suggest this Gatestone Institute report about the situation in Europe. A quick caveat though: a cursory glance at the about page lists some troubling names: 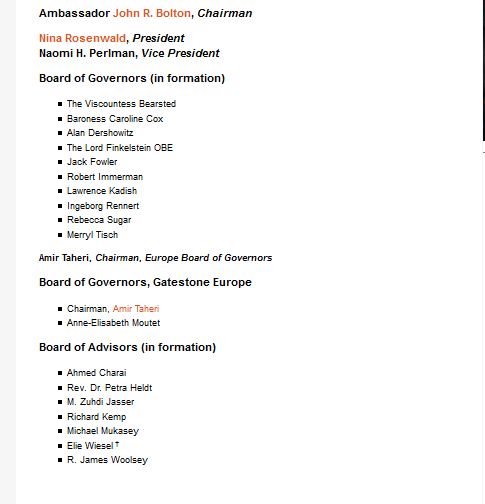 That being said, there is plenty of insight to be gleaned:

In an essay published in February 2016, Stockholm police inspector Lars Alvarsjö warned that the Swedish legal system is close to collapse. The influx of asylum seekers and ethnic gangs has overwhelmed the country and its understaffed police force. In many suburbs, criminal gangs have taken control and determine the rules. The police, fire brigades and ambulance personnel in these areas are routinely met with violent attacks….In November 2016, Malmö’s chief prosecutor Ola Sjöstrand publicly admitted that his office was approaching a total collapse in terms of criminal investigations. “If people are hit by crimes which then aren’t investigated, they will lose faith in the rule of law,” Sjöstrand told the regional newspaper Sydsvenskan…A janitor in Malmö was shot and sustained life-threatening injures while clearing snow in February 2017. Police detained several suspects, understood to be linked to gang violence, for questioning. A 15-year-old boy was arrested on suspicion of attempted murder…Meanwhile, officials at a local electrical firm announced that they would no longer expose their staff to risk by taking jobs in Malmö; there is just too much violent crime in the city…Beginning in March 2017, the emergency ward at the hospital in Malmö will lock the doors at night. This is a security precaution that became necessary due to repeated violent threats from certain gangs or clans against patients and staff…In July 2015, the police in Malmö asked for assistance from the national police to stop the wave of violence. Apparently, even that response was not enough. In January 2017, the police chief, Stefan Sintéus, publicly appealed to residents in Malmö for help in containing violent crime and deadly gang shootings: “Help us to tackle the problems. Cooperate with us.”

From the report, we can see a concerted strategy on the part of the migrants. This is not just the mindless violence associated with terminally low IQ. In fact, these actions suggest a concerted effort to create a parallel society. Contrary perhaps to even our own right of center perception of the immigrants, many truly are willing to go along to get along when they immigrate to a new country (at least the first generation).

Many of the apologists for the situation in Malmo point out that the grenade battles usually occur between two rival gangs, not between Swedes and non-Swedes. Thus, they argue, it’s not a race problem, but a drugs and territory problem. This is short-sighted to say the least. Pray that things do not go quiet all of a sudden because that will mean that one gang or group has consolidated power by eliminating or co-opting the opposition. First, the migrants will fight amongst themselves to determine a pecking order, then they will turn their attention to the State.

The next big step is already in the works.

Ever wonder how the sharia squads will gain authority and legitimacy? Wonder no more. This is the playbook, and the Police will euphemistically call it “Community Outreach” or something similarly sugarcoated. The migrants will move into neighborhoods and communities that are not yet majority immigrant and keep their heads down until there are more of them. This requires no great plan, no overarching scheme, just natural expansion. Then, as their numbers grow, they will make more demands, make their presence more well-known, and force locals to leave. At that point, crime and instability will explode. The police will be offered a deal. If they take it, they formally surrender part of their authority, and the district comes under the control of the anti-government Islamist gang.

Weapons caches have already been found in many mosques around Europe. Weapons are flowing into the immigrant suburbs of Bataclan and Malmo. What are they stocking up for, I wonder?

Now here is where it gets interesting.

Why do this? Well apart from an ideological motivation, there is also the practical motivation of gaining political leverage. For example, if Turkey wants to pressure Germany to support Turkey’s EU membership, it has an organized and well-funded lobby group in country to apply pressure. The same can be done with the Arabs in Belgium or Somalis in Sweden. And of course, as we already know,  unlimited Arab oil money can support universities, TV channels, and charitable organizations abroad.

Within the next five years, we will also see the formation of purely ethnic political parties. Up to this point, the migrants have piggybacked off of already existing liberal parties that were eager to court their votes. Once their numbers reach a certain threshold, money and activists will flow into the immigrant communities to create new ethnic bloc parties. We saw the birth of the next era of European politics with the Dutch Referendum. A new, pro-Turk party came onto the scene called Denk. They won’t be the last. Existing parties will be forced into coalitions with the migrants. You can bet your bottom euro that the socialists will never form a coalition with Euro-skeptic parties to beat back a rising ethnic bloc party. Instead, the Far Left, Center Left and Center Right will almost definitely form coalitions against the Far Right.

Finally, it is important that the migrants begin to formally replace the structures of the old state. Existing European political factions will help them accomplish this. Europeans will begin to leave structures like the police force, lower and middle-level government apparatus jobs, and yield key educational positions to the migrants.

This process is already in full swing, and it is helped along by the European instinct to play fair and not be as nepotistic as their Third World colleagues. But the process is also helped along by existing factions that see the immigrants as allies in their own struggles against other factions within the government. Left and Right fail us as terms here as it is mostly a question of power balance. Once key positions are lost by Europeans, the migrants will be able to exert the full force of the State against any patriots within the country. They won’t have to do much; the traitors within the European governments have already done most of their work for them.

This is not a vision of the future in the 22nd century. This will all happen within the next generation. The signs are everywhere. They read REPLACEMENT in flashing neon red.

TopicsDisplacementEuropeIslam
Share on FacebookShare on TwitterShare on RedditShare on VKontakte