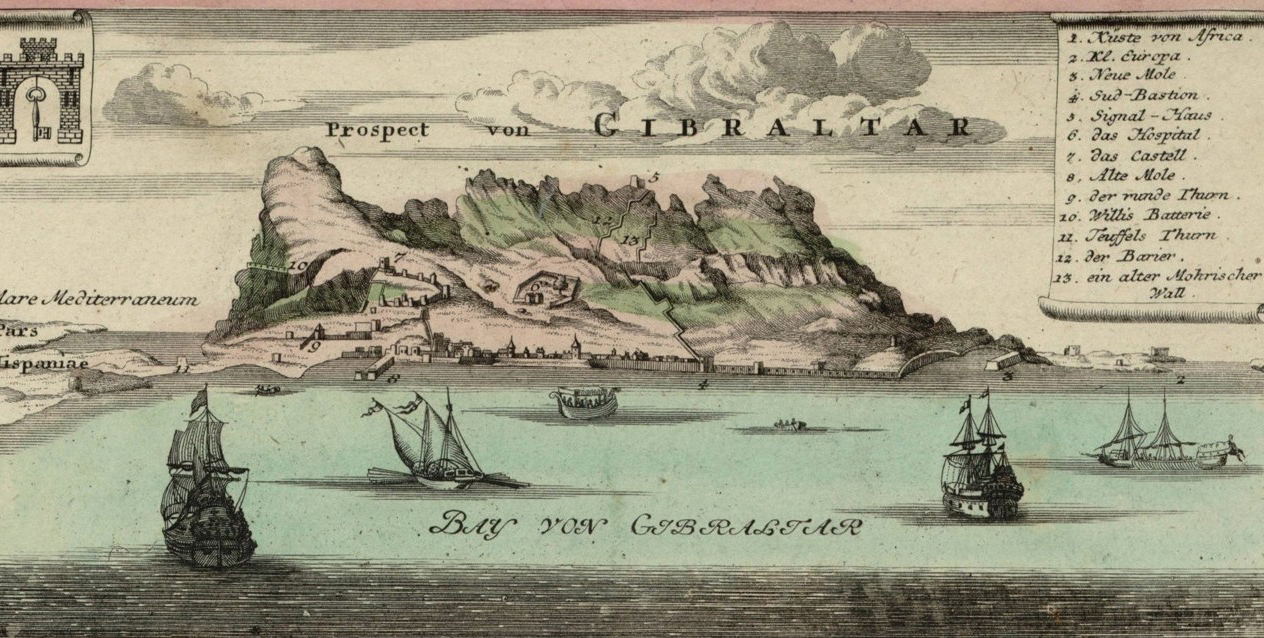 Ah, there is something to be said about petty nationalism. It moves the spirit so. Zerohedge fills us in on the latest inter-European quarrel over clay.

A European Council document on Friday suggested that Spain will be given an effective veto on whether the Brexit deal applies to Gibraltar. Downing Street said May had called Fabian Picardo, the chief minister of Gibraltar, on Sunday morning to say the UK remained “steadfastly committed to our support for Gibraltar, its people and its economy”.

Taking British officials by surprise, the draft guidelines drawn up by EU leaders state that the Brexit deal will not apply to Gibraltar without an “agreement between the kingdom of Spain and the UK”.  One official told The Telegraph it is “absolutely unacceptable” and gives Spain too much power over the future of Gibraltar.

In response, on Sunday the Prime Minister told Gibraltar’s chief minister that Britain will never allow Spain to take over the peninsula against its will. Sir Michael Fallon, the Defence Secretary,  has also pledged to “protect” Gibraltar “all the way”. Speaking to the BBC’s Andrew Marr show, Fallon said: “The people of Gibraltar have made it clear that they don’t want to live under the sovereignty of Spain. Gibraltar is going to be protected all the way.”

Here is the video that set off all these speculations:

Seeing things from the Alt-Right perspective can make events like this seem absurd. The UK and Spain are squabbling over a rock while they both are headed towards Caliphate status within the next generation? How surreal.

But the truth of the matter is that the Alt-Right is still ahead of its time by about half a generation. We are trailblazers that see where the future is heading. Others do not. It is the reason that we dismiss the neoconservative’s warmongering against Russia. The geopolitical reality that Europe and the European diaspora faces in the next 10 to 15 years is the realignment from the East versus West paradigm to the Global North versus the Global South paradigm. This is crystal clear to us because we understand that demographics are destiny. But the rest of the White world seems loath to wake up to the reality. Europe in particular still has some old scores to settle.

In the meantime, the political question of the Fourth Reich will have to be settled. The question regarding the European Union as a viable project going forward will be the interim political struggle that defines the next two decades.

Secessionism lies in the near future. It will used as both an anti-EU move and also as a stop-gap anti-immigration measure by break-away republics. They will also be encouraged by the Anglosphere, which has traditionally sought to keep Continental Europe divided and warring among itself. Trump wants to pursue bilateral trade deals with individual EU countries because that gives the U.S. more bargaining power. If faced with a united bloc led by Germany, American goods can be blocked from the European market.

That was one of the main reasons for the creation of the early EU project — to create a common European market. The United Kingdom was used by the United States as leverage to ensure that the EU stayed relatively anti-protectionist. The U.K. was the biggest lobbier for expanding EU membership because they wanted to undermine the EU. In fact the U.K. was constantly promoting Turkey’s addition to the Union. However, the Germans slowly and surely squeezed out the Brits. Britain began to play second fiddle to the German dominated European bureaucracy in Brussels. Unsurprisingly, many British conservatives felt it was time for a divorce. But scattered secession efforts may not be confined to Europe.

Last week, the Express ran with a story about Jean-Claude Juncker’s bizarre threat to the United States:

“European Union boss Jean-Claude Juncker this afternoon issued a jaw-dropping threat to the United States, saying he could campaign to break up the country in revenge for Donald Trump’s supportive comments about Brexit. In an extraordinary speech the EU Commission president said he would push for Ohio and Texas to split from the rest of America if the Republican president does not change his tune and become more supportive of the EU.  The remarks are diplomatic dynamite at a time when relations between Washington and Brussels are already strained over Europe’s meagre contributions to NATO and the US leader’s open preference for dealing with national governments.

Did you catch it? Why draw such strange parallels between the United States and Europe? It only makes sense if you take into account the Junker vision of Europe — a sort of copy of the United States — the United States of Europe. Many European patriots do not like this vision and are categorically opposed to the EU. They identify most strongly with their regional identity — as say Jutlanders rather than as Europeans. The Gibralters themselves lead credence to the same:

Meanwhile, the reaction in Gibraltar to the latest territorial posturing was quick. According to the UK’s Express.co.uk, the newspaper spoke to a host of Gibraltarians who are all adamant about one thing: there is nothing anyone could do to undermine their sovereignty as a proud nation: “one thing is very clear – people in Gibraltar are happy for Britain’s support, but said they can handle this on their own.”

However, that is changing because the youth of Europe seem to have developed a European supraidentity. Junker and the Germans certainly seem to feel this way. In his mind, the U.K. (supported by the U.S., as usual) is a thorn in the side of a greater European project. And Spain? Ah yes, I had almost forgot about Spain. Spain is broke and inept, tottering on the brink of complete financial collapse. This is really a story about the EU (led by Germany) facing off against the Anglosphere yet again. The Alt-Right should stay well clear of this pointless squabble.