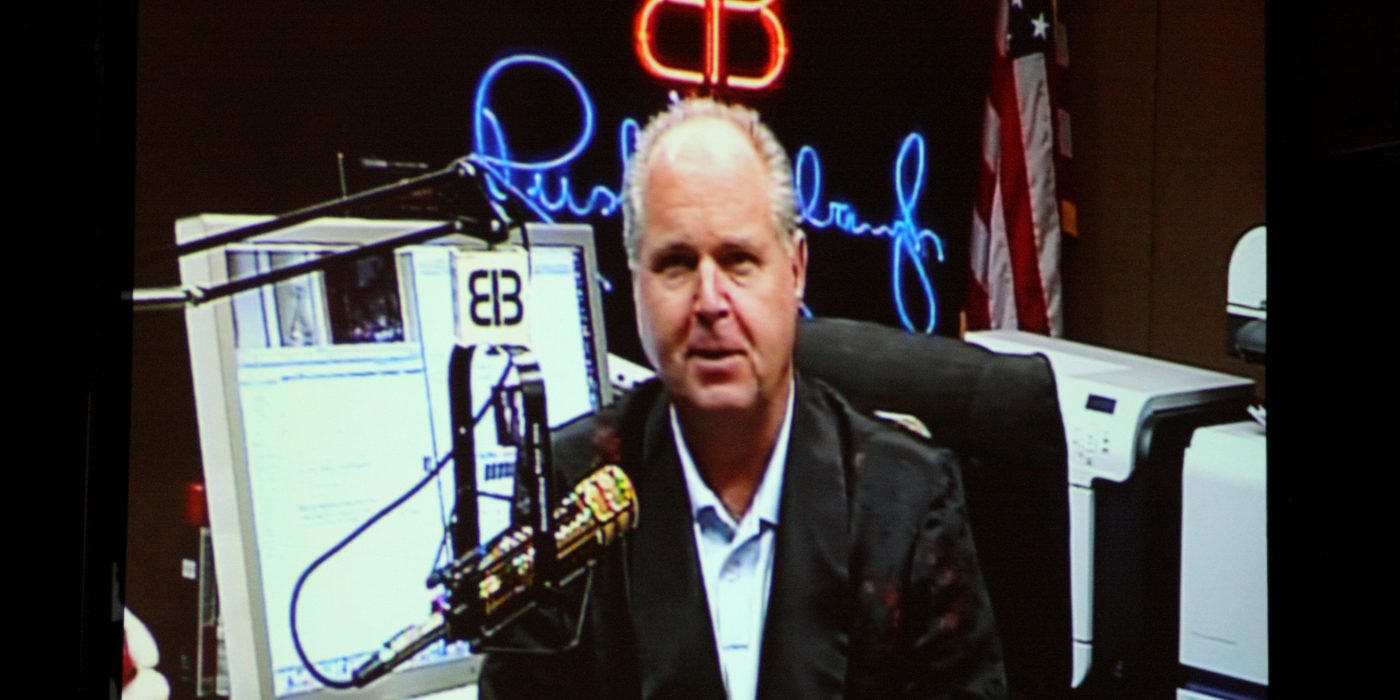 The Death Of DR3 And The Next Frontier Of Anti-Racism

Rush Limbaugh popularized the concept of “the Democrats are the real racists” as a rhetorical shiv back in the ’90s. He got his start in 1984 as a radio personality that openly supported Ronald Reagan. Similarly to Trump, populist Republicans were the bane of the liberal and conservative establishment. Rush made a career out of openly pledging his support for Ronald Reagan.

(On a side-note, the Alt-Right stands poised to make great strides in alternative media by championing Donald Trump and calling for reforms in his name, regardless of whether the Donald shares our enthusiasm for White Nationalist policies.)

When he made the argument about Democrats being the real racists, I believe he genuinely meant it. By Rush’s logic, the conservatives were, unbeknownst to themselves, helping blacks and minorities while the Democrats were hurting them. Nowadays, we laugh at that theory on the Alt-Right and refer to it pejoratively as DR3. On the face of it, the argument makes sense, but is also silly and comes off as incredibly naïve.

However, everyone on the Right seems confused about who the message was intended for.

No, the message wasn’t for inner city blacks, although many mistakenly tried to use Rush’s logic to make their case with the blacks. 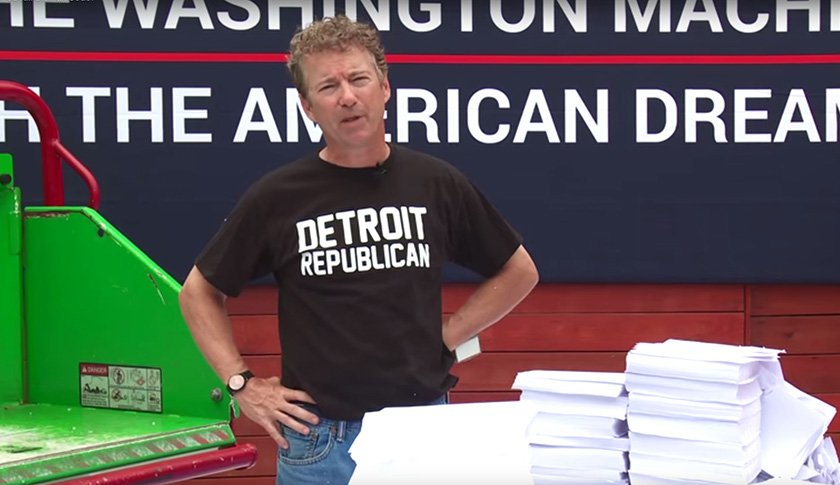 The message was actually intended for the conservative base. Many were starting to shift uneasily in their seats about being called racists by the Left. The post-civil rights era was characterized by middle class Whites fleeing the cities for the safe white suburbs and away from the people they had marched in solidarity with. Many Republican voters began to worry that the accusations of the Left were legitimate. Perhaps they really were secretly racists! Rush’s pep talk put them at ease. The invisible hand of small government policies would set everything right in time.

But DR3 never seemed to sink in with liberals who stuck to their rhetorical guns. The constant pounding on the psyche of White America started to take its toll. Conservatives small and large had to now go above and beyond to try and prove that they weren’t racist. They began to lash out at those to the Right of them for giving the movement a bad name. Even people who go out into the trenches today to fight far Left foot soldiers squirm at the thought of being pro-White.

Rush was probably right when he said that liberal policies have damaged the black community by encouraging single motherhood, dependence on the state for handouts, and shipping low-skilled labor abroad (although Republicans are equally to blame for that). But that line of reasoning wasn’t for the Blacks to hear. Only a few of them on the far end of the bell-curve seem to buy this argument. The rest just keep voting for more handouts, and will until the end of time.

No, Rush’s arguments weren’t made to convince Blacks or other minorities; they were a pep talk to reassure nervous conservative voters. The only problem now is that conservatives seem to have internalized that gnawing guilt. And they go out of their way to atone for it.

The Democrats never had to do that, which infuriates Republicans. They get away with using minorities and never get accused of racism! The reason is because the democrats believe in their own self-branding as “anti-racists”, whereas conservatives have doubts about whether they are on the right side of history. For example, the Clintons could call blacks “super-predators” one year and then champion them against the KKK Fascist Donald Trump the next. They seemed to have no moral qualms about doing this, nor did they squirm at the former association with actual KKK members.

Meanwhile Donald Trump crusaded to open up golf resorts for Jews and Blacks back in the day, yet he was immediately labeled the racist candidate.

Well, if you believed in the cause of “anti-racism” and considered yourself a liberal, there used to be a sort of immunity that came with that. To join the liberal team meant a “get out of jail” card that allowed one to dodge the bullet of racism accusations. You simply couldn’t be a racist — even if you enacted policies that hurt blacks — if you were openly an anti-racist.

But now with all the talk about implicit white privilege and the rise of the SJW, we have entered new territory.

We are rapidly moving past the point of ideas and values and entering true Lebanese style identity politics territory. Consider the DNC chair election.

After a contentious election, the Democratic National Committee chose as its next chairman, former Obama Labor Secretary Tom Perez. Now, it seems that the Democrats did the same thing with the nomination of Tom Perez that they did with Hillary Clinton. Once again, the preferred candidate appeared to be an SJW incarnate, Minnesota Democratic Congressman Keith Ellison. The far left base of the party was very supportive of Ellison, not Perez. Democratic Senators Bernie Sanders and Chuck Schumer also supported Ellison.

Ellison is a black muslim nationalist who once wanted to create a separate black country for American blacks in the South. He also allegedly has ties to the Muslim Brotherhood, and publicly criticizes Jews. In response, the Israeli-American billionaire Haim Saban (the number one fundraiser for the Clinton’s and the Clinton Foundation) launched an attack on Ellison for his anti-semitism and rallied opposition against him. Ellison was defeated.

This is 2017, and a former Black Nationalist was inches away from holding the DNC chair.

How about a thought exercise? In the future, will a predominantly all-white Antifa be picking fights with Blacks or Mexicans for not being anti-racist enough? Absurd! Funny enough, I bet the Republicans would probably howl, “See they’re the real racists!” Antifa would probably shrug. Why should they care what literal Fascists think of them? No, the minority bloc within the DNC itself would accuse them of racism and that’s what would sink Antifa.

And as for the reigning status quo where the Dems accuse the Republicans of racism and the Republicans scramble to prove that they are not and lob the insult back at the Dems, well those days are long gone.  In the case of the Republicans, the DR3 defense hasn’t been cutting it for at least a decade. No one cares that the Republican party freed the slaves. No one buys the argument that smaller government will help minorities succeed. Republicans have already become the de facto White party, as much as they squirm and try to deny it.

What has changed now is that Democrats are on the firing line as well. #demstoowhite won’t be just a hashtag in the near future. The old White guard of the Democratic party is slated for retirement. How much longer will they be able to keep the reins on their diverse coalition? What will be their Rush Limbaugh defense when some ghetto rat seizes the mic at the next DNC and calls them all racist crackas?

“Y-y-you need to let us do the heavy-lifting for you, you’re not quite ready to take over the leadership of the party!”- Pelosi.

Will it work? I have my doubts. The coalition seems to be tearing at the seams.

A liberal Jew attacks a failed female liberal candidate only to be attacked by a brown liberal woman accusing him of being racially insensitive for attacking the white woman because her opponent is worse.

And what if there came a point, way way out there when the Republicans just ran with it? Inconceivable, I know. Instead, I remain poised to hear it — the next iteration of DR3 that is. What will they come up with next? There are those pesky White Nationalists in the Alt-Right that the media won’t stop pointing out for the GOPe to deal with. They need a new DR3 argument for their more cucky constituents as well.

I suspect that it will will be something along the lines of what the Alt-Lite has been promoting. A sort of Political Correctness 2.0.

Political correctness 1.0 was so strict and sniffling that it promoted a reaction which is currently threatening the entire globalist establishment. Here are tenets of the 1.0 program:

1. All races are equal
2. All sexes are equal
3. Homosexuals are just like heterosexuals
4. Islam can and should co-exist in democratic societies
5. Western civilization is the main cause of evil to minorities
6. Nation borders sacrifice human rights
7. Critique of Jews is anti-Semitic, and we must encourage Israel’s existence

And here are the tenants of Political Correctness 2.0

1. Not all races are equal, but all races deserve equality
2. The sexes aren’t equal, but both sexes deserve equality
3. Homosexuals are just like heterosexuals
4. Islam cannot co-exist in democratic societies
5. Western civilization should be praised
6. Nation borders are essential
7. Critique of Jews is anti-Semitic, and we must encourage Israel’s existence

We will know that this comes to pass when we hear Rush’s gravely voice on the radio proclaiming that Dems are the real homophobes for not defending our homosexuals from Islamic fundamentalism or something similar. This simpering need on the part of mainstream conservatives to prove that they aren’t racist is a powerful urge and a niche that has been filled by clever cucksplainers for decades. “We are not racist because x, the Left are the real racists because y” is the basic format.

Until White people overcome this crippling anxiety and urge to not be considered racist by their peers, we will always have to deal with the inanity of the next DR3 argument coming out of Cuckservatism Inc. Many of us on the Alt-Right had the courage to run with being called racists. We found that no matter what we did, any self-affirmative thought we had about ourselves or our people was undercut immediately by a torrent of anti-White rhetoric. So we shrugged and laughed it off. When will the rest of White America just shrug off the fear of being labeled a racist as well?

TopicsraceRush Limbaugh
Share on FacebookShare on TwitterShare on RedditShare on VKontakte