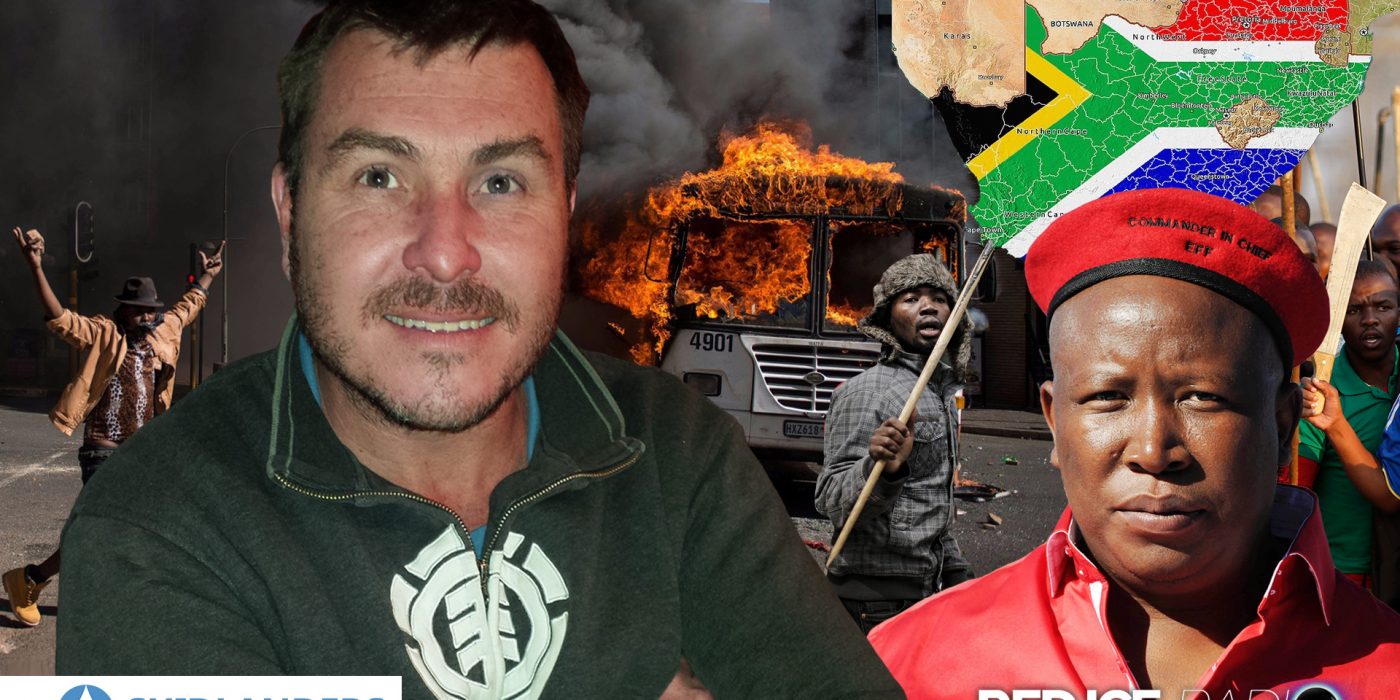 Simon Roche is Head of the Office of the HQ of the world’s largest non-state civil defence organization, Suidlanders of South Africa. Once an ANC activist, he now works tirelessly to prepare for impending catastrophe in the Rainbow Nation. Simon lives in Johannesburg and is the proud father of many children.

We begin by discussing Simon’s current speaking tour. We learn that he’s traveling throughout America in order to raise awareness about the sore state of affairs in South Africa. Next, Simon tells us about life in post-apartheid South Africa. He explains that, in the 22 years since South Africa become Democratic, there has been a massive explosion in crime – in particular, violence against White farmers. Later, we discuss the nature of White genocide in South Africa, what Suidlanders is doing to prepare for the worst, and why many White South Africans remain oblivious to their plight.

In the members’ hour, we continue our discussion on South Africa and consider what this impending catastrophe would look like. Simon explains that the worst case scenario is the one he most expects, for he believes the government will be involved in the unrest, siding against the Afrikaners. Switching gears, we discuss the economic situation in South Africa. We learn about the various government programs that give preference to blacks, which has many Afrikaners forced to live in squatter camps. Simon then outlines the strategies employed by elites to usher in Communism in formerly healthy societies. The members’ hour concludes with a discussion on the failure of multiculturalism in the Rainbow Nation.

Guests Website: suidlanders.org. Watch or listen to the second hour of this show at Red Ice Members

TopicsApartheidBlacksSouth Afsuidlanders
Share on FacebookShare on TwitterShare on RedditShare on VKontakte