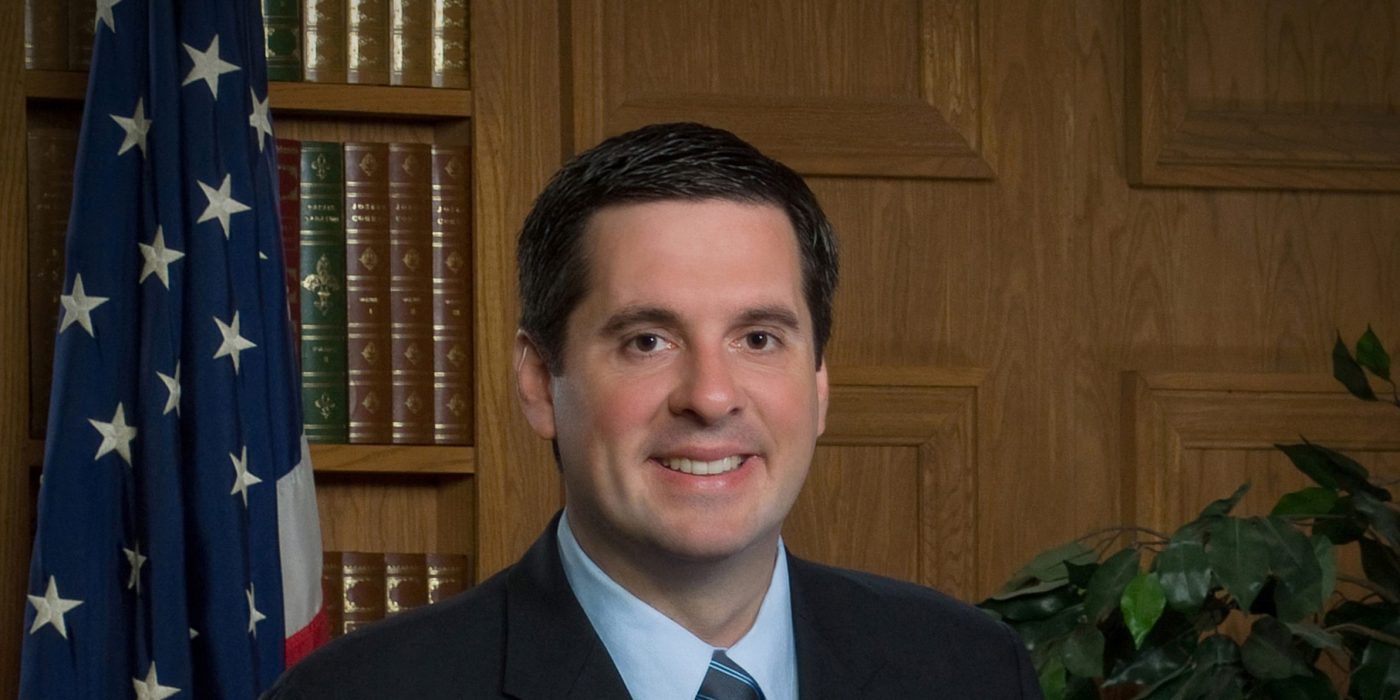 Remember Republican Congressman Devin Nunes? Best to keep an eye on him now in case he decides to commit suicide within the coming days. Nunes is now at the heart of the Obama administration’s alleged surveillance of President Trump and his team. Our eternal friends at The New York Times — Matthew Rosenberg, Maggie Haberman, and Adam Goldman — have dropped a dox on Nune’s sources.

Nunes is the chairman of House Permanent Select Committee on Intelligence. He started making waves when he dropped a bombshell on March 22. He held an impromptu press conference and said an unnamed individual showed him intelligence reports proving that the Obama administration had been capturing Trump’s communications and those of his associates. He said that what he had seen appeared to be legal and incidental collection but nonetheless was “inappropriate” and troubling.

Zerohedge has an excellent write-up about the latest developments on the Obama wiretapping investigation:

In the latest development surrounding last week’s announcement by Devin Nunes, according to which President Trump and his associates were incidentally swept up in foreign surveillance by American spy agencies, the NYT reports that the pair of White House officials who played a role in providing Nunes with the intelligence reports behind his claim, have been identified.  The NYT has outed the Nunes sources, who it claims are Ezra Cohen-Watnick, the senior director for intelligence at the National Security Council, and Michael Ellis, a lawyer who works on national security issues at the White House Counsel’s Office and formerly worked on the staff of the House Intelligence Committee.

Trump has been plagued by intelligence leaks since his assumption of the presidency. The New York Times seems to be the preferred vehicle by which the Anti-Trump faction in the Deep State likes to leak its information. They are all too willing to reveal the identity of confidential sources helping Trump, and it is a shame that the First Amendment prevents Trump from shaking them down for their sources as well.

It is an unfair fight. The anti-Trump faction hides behind The New York Times. Little wonder that Steve Bannon called the Press the “opposition party.” So who is this Ezra Cohen-Watnik? From NYT:

Cohen-Watnick is a former Defense Intelligence Agency official who was originally brought to the White House by Michael T. Flynn, the former national security adviser. The officials said that earlier this month, shortly after Mr. Trump wrote on Twitter about being wiretapped on the orders of President Barack Obama, Mr. Cohen-Watnick began reviewing highly classified reports detailing the intercepted communications of foreign officials.

But the plot thickens. Forward has written about Ezra before:

President Donald Trump reportedly overruled a decision by National Security Adviser Lt. Gen. H.R. McMaster in order to keep a Jewish National Security Council aide in his current position. Trump overruled the decision on Sunday after Cohen-Watnick, 30, appealed to White House advisers Stephen Bannon and Jared Kushner, Trump’s Jewish son-in-law, Politico reported.  McMaster had told Ezra Cohen-Watnick, senior director for intelligence programs at the NSC, that he would be moved to a different position at the NSC after CIA officials had pushed for his ouster, according to Politico.  A Washington consultant told Politico that Cohen-Watnick and Flynn “saw eye to eye about the failings of the CIA human intelligence operations,” and that the “CIA saw him as a threat, so they tried to unseat him and replace him with an agency loyalist . . .

Byzantine struggles within the White House. Trump needs to be careful that he does not end up defeating the Deep State Leviathan by making a deal with the Devil.