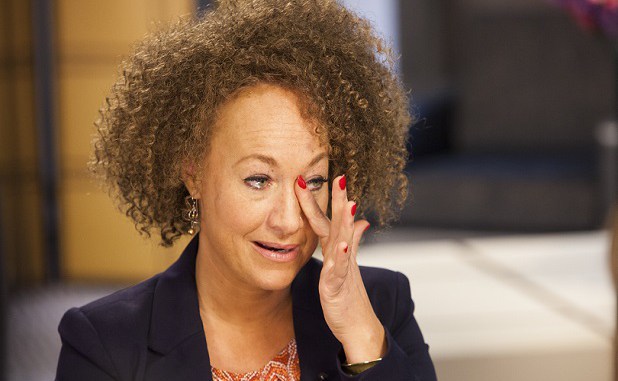 ????? The first transgender Muslima in Britain. Inshallah! No one should claim that Islam is not modern. pic.twitter.com/uhuY2Jyb5m

2.) Jack Hunter abandoned his wife and sent her an email telling her he is getting a divorce:

Just heard @jackhunter74 abandoned his wife and is getting a divorce pic.twitter.com/q2N0KLkvMx

@jackhunter74's wife on Facebook: "Down 15lbs and feeling like a warrior princess today. Come at me world." pic.twitter.com/cCfCb0zH6m

SWEDEN: Feminist group taking to the streets in no-go zones to act against the "man dominance". https://t.co/1vRfs3QFly pic.twitter.com/bxr7AxBmSK

#NeverAskAWoman to believe your obvious lie. We deflect bull ? pic.twitter.com/yFHpXOe7DY

What is expressive individualism? It is the ethos of what used to be known as the counter-culture. Now it is synonymous with “mainstream” culture. I’ve written about it before:

“The newer form of individualism, which Bellah and his colleagues called “expressive individualism,” germinated in the late nineteenth and early twentieth centuries and flowered in the second half of the twentieth. It is a view of life that emphasizes the development of one’s sense of self, the pursuit of emotional satisfaction, and the expression of one’s feelings. Until the past half century, individuals moved through a series of roles (student, spouse, parent, housewife or breadwinner) in away that seemed more or less natural. Choices were constrained. In mill towns, two or three generations o kind might work at the same factory. Getting married was the only acceptable way to have children, except perhaps among the poor. Young people often chose their spouses from among a pool of acquaintances in their neighborhood, church, or school.. But now you can’t get a job in the factory where your father and grandfather worked because overseas competition has forced it to close, so you must choose another career. You get little help from relatives in finding a partner, so you sign on to an internet dating service and review hundreds of personal profiles. As other lifestyles become more acceptable, you must choose whether to get married and whether to have children. You develop your own sense of self by continually examining your situation, reflecting on it, and deciding whether to alter your behavior as a result. People pay attention to their experiences and make changes in their lives if they are not satisfied. They want to continue to grow and change throughout adulthood.

This kind of expressive individualism has flourished as prosperity has given more Americans the time and money to develop their senses of self – to cultivate their own emotional gardens, as it were. It suggests a view of intimate partnerships as continually changing as the partners’ inner selves develop.” …”

At the time, I cited Bruce Jenner’s interview in which he described Bruce as a lie and “Her” as his true self as a classic statement of expressive individualism.

“It encourages people to view the success of their partnerships in individualistic terms. And it suggests that commitments to spouses and partners are personal choices that can be, and perhaps should be, ended if they become unsatisfying.

The World Values Surveys asked about expressive individualism using a cluster of questions that contrast “survival versus self expression” values. The answers to these questions suggest that the level of expressive individualism among Americans is high but not out of line for a wealthy Western nation, a little below that in Sweden and the Netherlands, comparable to the levels in Norway and West Germany, and greater than in Britain, Canada, or France. One question in this cluster asked people to place themselves on a scale of 1 to 10, where 1 means that they think the actions they take have no real effect on what happens to them (which indicates survival values) and 10 means they think they have completely free choice ad control over their lives (self-expression values). More Americans placed themselves at the free choice end than did people in any other Western country, but some of the other countries were close: 82 percent of Americans chose, 7,8,9, or 10, compared to 77 percent of Canadians, 74 percent of Swedes, and 73 percent of Germans.

The cultural model of individualism, then, holds that self-development and personal satisfaction are the key rewards of an intimate partnership. Your partnership must provide you with the opportunity to develop your sense of who you are and to express that sense through your relations with your partner. If it does not, then you should end it.

Cohabiting relationships, especially those without children, come closest to this kind of partnership. They are held together solely by the voluntary commitments of the partners, and should either party become dissatisfied with the relationship, it is expected that she or he will end it. The rise of cohabitation reflects the growing influence of the cultural model of individualism on personal and family life. Living together provides a way of obtaining the emotional rewards of a partnership while minimizing the commitment to it.

Even among married couples, we have seen the rise of what Barbara Whitehead calls “expressive divorce.” Beginning in the 1960s people began to judge the success of their marriages not by their material standard of living or how well they raised children but rather by whether they felt their personal needs were being fulfilled. They turned inward and examined whether their marriages restricted their personal development. They were more likely to turn to psychotherapists for help in seeking out the causes of their unhappiness with their marriages. And if they perceived that their marriages were personally unfulfilling, they considered leaving. According to this logic, if a person finds that he or she has changed since marriage in a direction different from the one his or her spouse has taken, then that person is justified in leaving the marriage in order to express this newer, fuller sense of self. It’s too bad, the feeling goes, especially if the couple is raising children, but to stay in a marriage that constrains the partners’ sense of who they are would be worse.

Concerning family life, then, the cultural model of individualism in the United States today emphasizes these elements:

– One’s primary obligation is to oneself rather than to one’s partner and children.

– Individuals must make choices over the life course about the kinds of intimate lives they wish to lead.

– A variety of living arrangements are acceptable.

– People who are personally dissatisfied with their marriages and other intimate partnerships are justified in ending them.

As a twenty-first century individual, you must choose your style of personal life. You are allowed to – in fact, you are almost required to – continually monitor your sense of self and to look inward to see how well your inner life fits with your married (or cohabiting life). If the fit deteriorates, you are almost required to leave. For according to the cultural model of individualism, a relationship that no longer fits your needs is inauthentic and hollow. It limits the personal rewards that you, and perhaps your partner, can achieve. In this event, a breakup is unfortunate, but you will, and must, move on.”

6.) This is how you get someone like Rachel Dolezal:

We meet with Rachel Dolezal to discuss her tell-all memoir
(from VICE News Tonight Mon-Thurs 7:30 on @HBO) pic.twitter.com/juCUSjdceR

7.) Time magazine on how Santa Claus is in a gay interracial relationship:

Santa is a gay man in an interracial relationship in this new picture book https://t.co/ZgXfoov34x

It’s depressing enough that when you read stories like this day after day about our cultural degeneracy you can begin to understand why Rod Dreher wrote The Benedict Option.