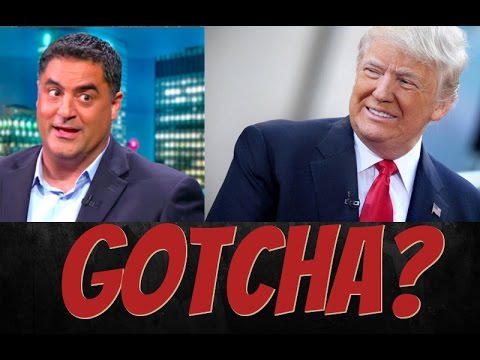 The Left Continues To Cannibalize Its Own, Young Turks Spill Their Spaghetti Over Muh Russia

It is interesting to occasionally see a leftist start to suffer from the cognitive dissonance associated with the current liberal position on Trump and Russia.

This liberal, Michael Tracey, tried to inject some RealTalk into the The Young Turks discussion about Trump’s Russia connection.

Cenk, the sweaty, beady-eyed overweight buffoon leading the discussion, interrupts Tracey every time he attempts to question the “Trump is in bed with the Russians” narrative. The screeching harpy pounces on Tracey as well, while the nu-male in the corner makes occasional jabs at humor and “can’t we all just get along” grand gestures. Watch:

The whole Russia narrative is a gift that keeps on giving. Nothing makes the left look quite so deranged as their obsession with Vladimir Putin “hacking the election.”

Unfortunately for them, the narrative is unravelling. Even Former Acting CIA Director Michael Morell, who endorsed Hillary Clinton, called Donald Trump a dupe of Russia, and named the supposed Russian hacking of the election a “political 9/11”, is starting to have doubts.  “On the question of the Trump campaign conspiring with the Russians here, there is smoke, but there is no fire, at all . . . There’s no little campfire; there’s no little candle; there’s no spark. And there’s a lot of people looking for it,” he said recently.

This is the guy who according to NBC was in line to become CIA director if Clinton won. Even he said he had seen no evidence that Trump associates coordinated with the Russians. Morell also cast doubt on the dossier written by a former British intelligence officer, which alleged a conspiracy between the Trump campaign and Russia.

Baying for blood against Russia used to be part and parcel of the standard playbook of the GOP. But now, the Democratic establishment and grassroots activists are pushing the anti-Russia narrative as well. Even if the supposed Trump connection to Russia is proven false, it seems unlikely that the Democrats will make a 180 on Russia. Their fear and anger seems real and not contrived. Many leftists now unironically want a facedown with Russia over Ukraine or Syria or over some Maidan scenario in the country proper.

Most of the groundwork has already been laid by the Neocons. They continue to portray Russia as a fascist country with a fascist dictator. “Russia is too white, too patriarchal, too christian!” is what they’ll say.

Anti-war liberals and old school leftists will be left out in the dark by their supposed comrades. Like poor Michael Tracey here:

Time to wake up and smell the roses, Tracey.  We live in Post-Liberal times.