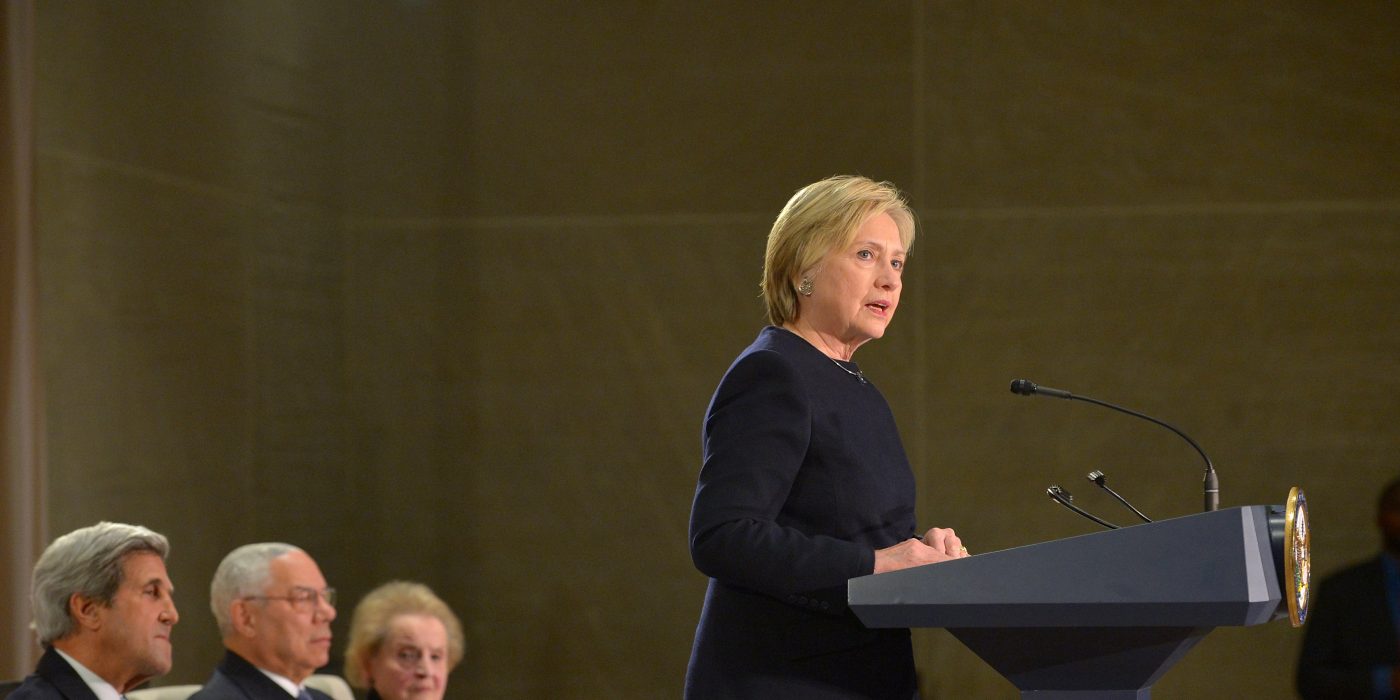 Hillary Clinton Emerges From The Woods To Bash Trump

Hillary Clinton came out of hiding in her posh home in Chappaqua, N.Y., to bash President Trump and his administration in a speech in San Francisco, according to the Associated Press.

Clinton drew attention to what she believes is a low representation of women in top administration positions calling it “the lowest in a generation.” Unfortunately, she failed to provide any context to previous administrations’ employment of women.

Turning personal, Clinton even claimed that the administration had used her sex against her. “I mean, it’s not like I didn’t know all the nasty things they were saying about me. I thought some of them were kind of creative,” she said. “But you just have to keep going.”

Clinton’s speech comes as she tries to carve out a new place in the American political realm after her surprising defeat in November.