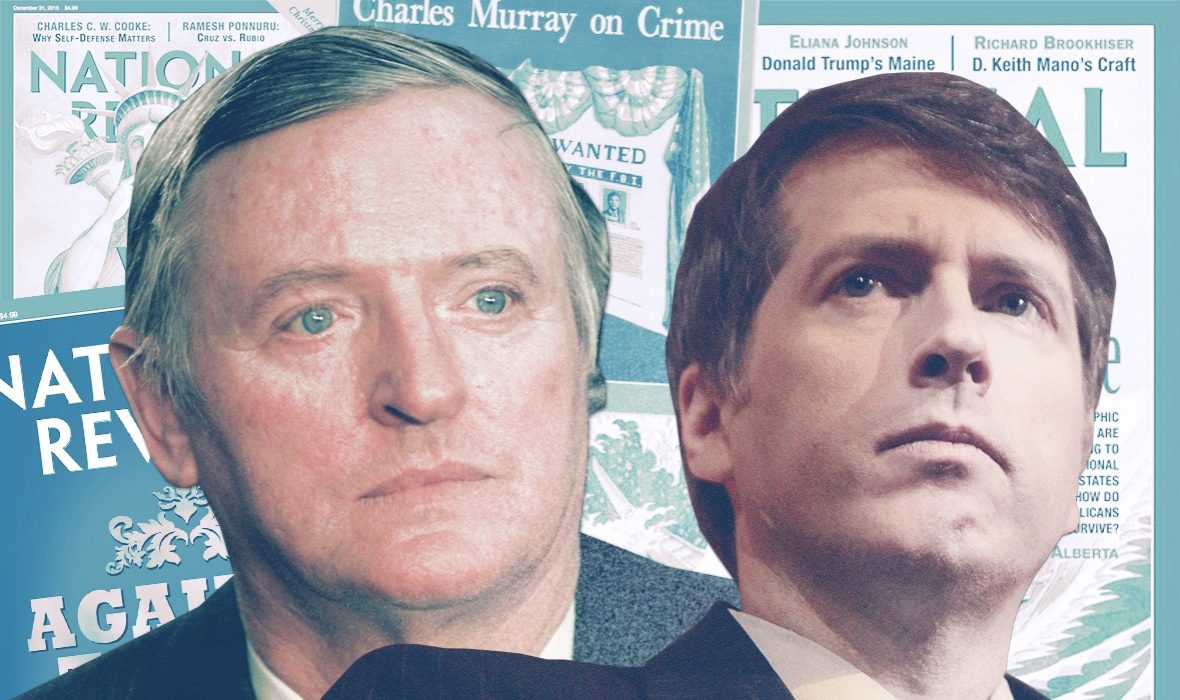 Slate is blaming National Review for laying the foundations of the Alt-Right:

“Early in November, just a few days before the election, a gathering of white nationalists, heterodox academics, libertarians, and other misfits of the right convened in Baltimore. The H.L. Mencken Club was meeting for its ninth annual conference—a two-day affair featuring lectures, debates, and conversations about the future of American conservatism. November’s conference came amid surging interest in the alt-right, which owes its very name to the club. In 2008, a speech from the inaugural conference by its president, Paul Gottfried, was republished under the title “The Decline and Rise of the Alternative Right” in Richard Spencer’s Taki’s Magazine, the earliest prominent usage of the phrase. At November’s conference, Gottfried echoed that 2008 call for the marshaling of an “independent” and “authentic” right. …

That right has been marshaled. The alt-right has become a political and cultural phenomenon without recent precedent—the rise of Donald Trump has brought with it newly empowered figures promoting fashionably packaged racism and anti-immigrant animus. As the alt-right has grown, though, mainstream conservatives have loudly shot down suggestions that its rise has anything to do with them. “They are anti-Semites, they are racists, they are sexists, they hate the Constitution, they hate free markets, they hate pluralism, they despise everything we believe in,” American Conservative Union executive director Dan Schneider told Conservative Political Action Conference attendees last month. “They are not an extension of conservatism. …”

If memory serves, the Alt-Right emerged in the 2000s and defined itself against George W. Bush and “mainstream conservatism.” National Review was our foil at the time. In our eyes, it represented everything we were not: pro-immigration, pro-war, pro-free trade, politically correct, indifferent to White interests and submissive to the mainstream media.

It’s true that National Review and “mainstream conservatism” has become less interesting over time. I suppose you could argue that it laid the foundation of the Alt-Right by purging anyone who was remotely interesting on the Right (Pat Buchanan, Paul Gottfried, Peter Brimelow, Joe Sobran, Revilo Oliver, John Derbyshire, etc.) and replacing them with mediocrities like Jonah Goldberg. This was done to appease powerful donors and business interests and to stay in the good graces of the mainstream media which previously had the power to control status and determine respectability.

In the end, the internet, social media and the smartphone put an end to the ability of mainstream conservatives to police rightwing discourse. Now, anyone on the Right who wants to influence public opinion can do so by sending a tweet, uploading a YouTube video or by publishing articles on their own websites. They have all the tools at their disposal to build platforms like Breitbart and Infowars which have surpassed National Review in size and influence.

David French is right that the Left has given us “the bricks and mortar” to build the Alt-Right. Why should we play by the old rules? Those rules were imposed on our predecessors in a radically different information environment when the “mainstream media” was trusted and perceived as legitimate.