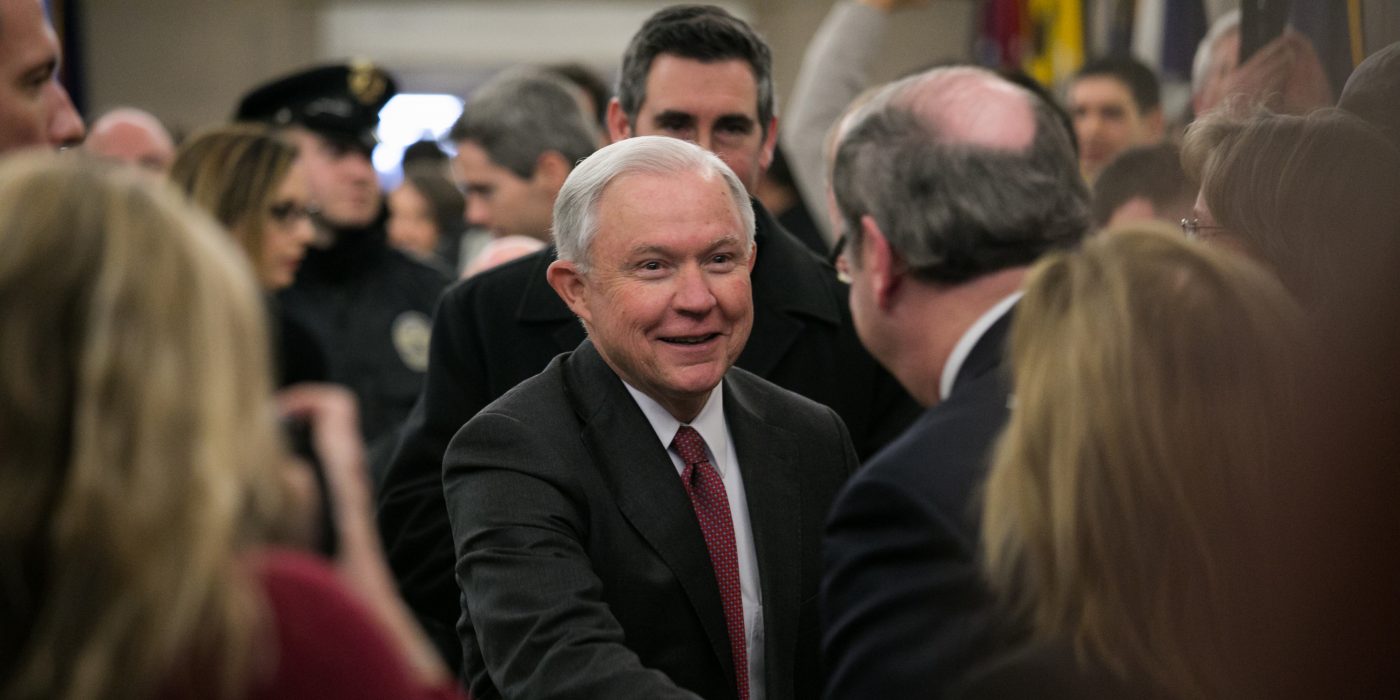 Sessions Strips Funding For Sanctuary Cities: ‘Disregard For The Law Must End’

Attorney General Jeff Sessions delivered a blow to cities who refuse to cooperate with Immigration and Customs Enforcement in a press statement on Monday. After calling on “state and local jurisdictions to comply with all federal laws,” Sessions warned that those jurisdictions who do not cooperate with ICE would lose DOJ funding and that the department would “claw-back any funds (already) awarded.”

Sessions’ statement is in keeping with a campaign promise made by President Trump to stop funding cities and states that harbor illegal aliens. Currently big cities such as Los Angeles, Chicago, New York City, Philadelphia, and San Francisco refuse to notify ICE when criminals who are subject to deportation are brought into custody.

This refusal has had devastating consequences. On July 1, 2015, Juan Francisco Lopez-Sanchez, an illegal alien who had previously been deported five times, shot and killed 32-year-old Kate Steinle. ICE had issued a detainer requiring authorities to hand over Lopez-Sanchez for deportation if taken into custody. After arresting him for an outstanding drug warrant, San Francisco refused to comply with the detainer and instead released Sanchez from prison on April 15th of that year.

In his remarks, Sessions referred to the Steinle case and a more recent case where authorities in Denver released illegal alien Ever Valles who ICE had tagged for deportation. Last week, Valles was charged with the murder and robbery of a man at a light rail station.

The Attorney General’s remarks follow a week of tough talk aimed at sanctuary cities by the Trump Administration. ICE also released its first weekly Declined Detainer Outcome Report, which outlines jurisdictions who release criminals ICE has flagged for deportation. The president announced the new reporting requirement in an executive order signed days after his inauguration.