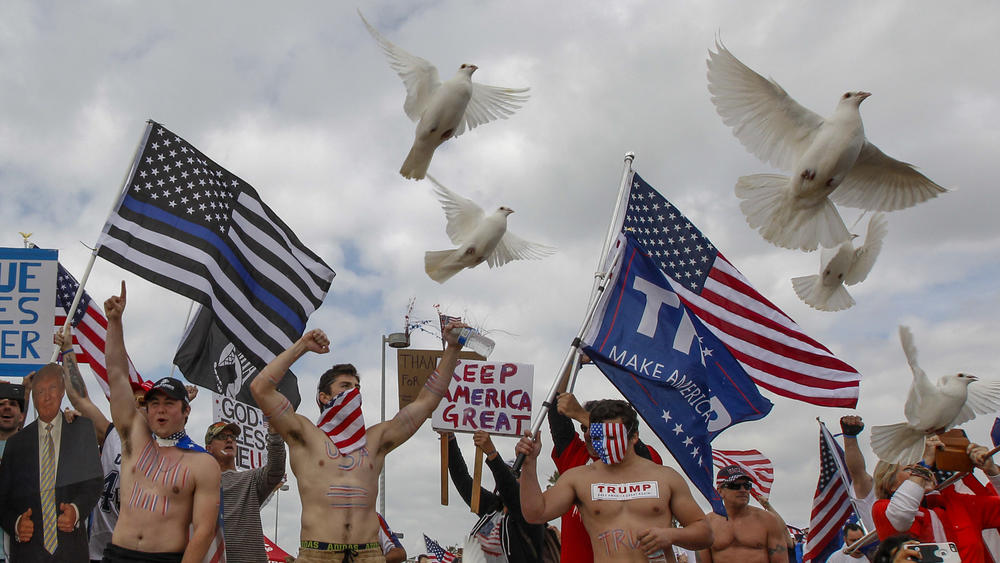 Lefties Raise The Stakes! Beaten Back At Trump Rally, Arm Up And March On Arizona Capitol

Unless you’ve had your head in the sand for the last couple of years, it seems that the United States is marching straight towards its second Civil War. But the battle lines are not quite the same this time around. On one side you have the BadWhites-patriots and the salt of the earth white folk. And on the other you have urban and suburban-dwelling GoodWhites and their diversity coalition allies.

In recent days we have seen several flare-ups and outright confrontations between the two groups. On Saturday, Antifa decided to pick a fight with Trump supporters during a march in Huntington Beach.

On one side, you had the TrumpenTroopers: 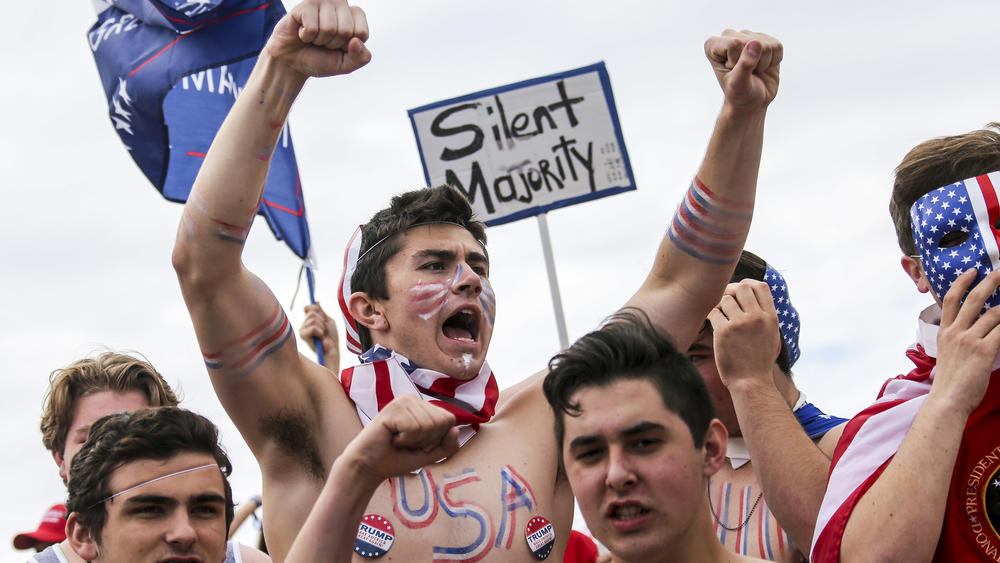 They faced down the Coalition of the Aggrieved on the Antifa side.

The verdict? Overwhelming show of force from Trump’s Shitlord Militia.

Over at the Chateau, Heartiste had a fantastic write-up:

“Swole White shitlord men — the loyal core of Trump’s Army — chased mystery meat antifa loser phagggots down like the street curs they are, and administered beautiful beatings. What we are seeing are the first musclefrog salvos of White men taking back their nation.

This is what real hope and change looks like; not that raggedy weak-sauce hope and change the gay mulatto tepidly ejaculated whenever he wanted to snark in tacitly ominous platitudes about his beloved brown hordes repealing and replacing Heritage White America.

The times, they’re changing. And it’s antifa and the rest of the anti-White loser misfits who are on the wrong side of history.”

From the original LA Times article, California Republican Rep. Dana Rohrabacher sums up the feeling many of us now have:

“This is a turning point. I was about ready to give up,” Rohrabacher said. “But you know what, you’re here and Donald Trump is in the White House.”

Indeed. These are revolutionary times.

An organization calling itself the John Brown Gun Club held a rally in front of the Arizona Capitol Building. The reference to crazed abolitionist John Brown who tried to start a Slave Rebellion at Harper’s Ferry in the lead up to the American Civil War shouldn’t be overlooked.

After all, its a dead give-away about what the group’s true intentions and plans are in the near future.

They were confronted by a journalist who didn’t back down. They quickly packed up and ran away.

But perhaps we on the Alt-Right need to give the Black Bloc a fair hearing. Here, have a listen to some of their ideas:

It is true that there were many Libertarians and former Anarcho-Capitalists on the Fringe Right. The concerns of the white working class were never taken seriously in these circles. And the premise of the video is correct in some respect, the White working class has gotten shafted time and time again by neoliberal policies. Even the discussion about Trump’s appointment of former Goldman Sachs employees is troubling and on point. But where it goes off the rails is when it talks about how its the system of “White Supremacy” that keeps all workers, both white and non-white, poor.

The Alt-Right believes that the current status quo is virulently anti-white. And many in the Alt-Right are anti-capitalist as much as they are anti-communist. The Alt-Right wants to care for its own, and fight against the global anti-white paradigm, which puts us directly in confrontation with people like this:

Regardless, it is clear that current cultural cold war isn’t over economic models or about corporate tax rates and healthcare reform. All of it is static noise to disguise what is really happening. We are witnessing a Civil War among white people over race yet again.

Between the self-abolitionists and the shitlords, I know which side of history I want to be on this time.

TopicsantifaDonald TrumpProtest
Share on FacebookShare on TwitterShare on RedditShare on VKontakte