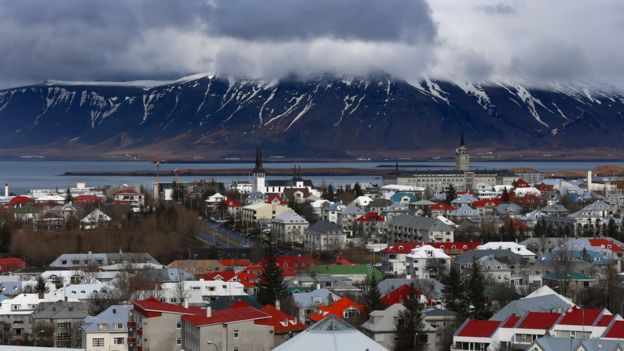 FEE: Why Iceland Doesn’t Have An Alt-Right Problem

Courtesy of FEE.org, this will probably be the dumbest article you will read today:

“With the recent rise to prominence of right-wing populist parties across Europe, it’s refreshing that Iceland has remained largely immune to such nationalistic rhetoric. On the continent, figures like Marine Le Pen in France and Geert Wilders in the Netherlands are capitalizing on what political scientists are calling a third wave of European populism that began after the international financial crisis of 2008. These parties are characterized by their anti-immigrant, and specifically, anti-Muslim sentiments. They fashion themselves the “protectors” of their homelands’ traditional culture against cosmopolitan globalism.

Yet, tiny Iceland has resisted this dirty brand of politics because of the rise of social movements that challenged the power structure of the Icelandic political establishment after the financial crisis of 2008. Unlike in other European countries, these social movements transformed themselves into a political movements, filling the vacuum of traditional center-right and center-left political parties, while also preventing far-right political projects from succeeding. …

Rather than blaming immigrants for their problems, Icelanders confronted the political class and created new parties that didn’t resemble the wave of far-right populism. Now even the government realizes that Iceland needs immigrants, skilled and unskilled, to fulfill the demand in different aspects of the Icelandic economy. Contrary to other countries in Europe, and despite its size, Iceland had been willing to receive refugees, and the number of immigrants in Iceland keeps growing year by year. In times of demagoguery, Iceland remains friendly to foreigners. One can only hope that the world learn from this small country that foreigners bring prosperity.”

Why would Iceland have an Alt-Right problem?

Iceland is 94% Icelandic. It is known to geneticists as being one of the most homogenous nations on earth because it has historically received so little immigration. It is overwhelmingly Christian, atheist or agnostic, or pagan. Islam has a negligible presence in Iceland.

Although Iceland has received some immigration in recent years, it has effectively been an ethnostate for a thousand years. In terms of an identity that can be based on ethnic and cultural solidarity, Iceland is still at the top of the world’s nations while the United States would rank at the bottom. There are few places in Europe more unlike Los Angeles, CA or Houston, TX than Iceland.

Iceland doesn’t have an “Alt-Right problem” because hitherto it has been such a close approximation of the Alt-Right’s ideal state. Liberalism is a centrifugal force that unravels cohesive organic societies like Iceland. It cultivates a sense of radical individualism that poisons the minds of the people and destroys their racial, religious, cultural and ethnic solidarity. In contrast, the Alt-Right can be seen as a centripetal force that values a common identity. It pushes toward greater solidarity.

If Iceland develops the demographics of Sweden, it will soon have “an Alt-Right problem.” The loss of a common identity and ethnic and cultural solidarity will be resented. The sense of anomie and demographic decline which is also created by liberalism will be resented as well. Iceland would be wise not to take its homogeneity for granted and repeat the mistakes of the United States.

Topicsalt-RightIceland
Share on FacebookShare on TwitterShare on RedditShare on VKontakte