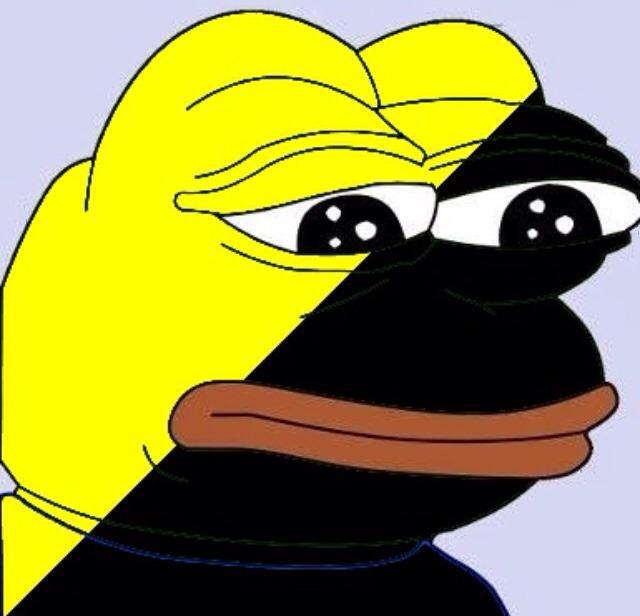 The Alt-Right Faction Of Libertarianism

The stench of Neoconservatism was intolerable for many right-libertarians and so they went to the alt-right side of the fence. The realization that the alt-light are simply Neocons has likewise struck The Rebel’s viewers and, seemingly, some of their contributors too.

The divisions marking the political landscape of today’s West are reaching 1930s clarity.  I see the enormous chasms which have fractured libertarianism as a microcosm of the political divisions forming across the West in toto.  Yes, chasms—plural!

Most are familiar with the massive shift left by the omega males within libertarianism.  The most notable figure to launch himself proudly atop the platform of left-libertarianism being Jeffrey Tucker.  It was only a few months ago that Antifa was disrupting campus talks by libertarian conservatives speakers, such as Milo Yiannopolis and Gavin McInnes, alongside the larger scale inauguration riots etc.  Tucker has also been on the SJW warpath against Richard Spencer and libertarians who identify with the identitarian message of the Alt-Right.

But, it was a grave mistake for any idealistic libertarians in the Alt-Right to assume the Alt-Light (McInnes et al.) were on our side, just because we shared punches from the left.  The enemy of our enemy is not our friend and never was!  Tucklypuff and the other ignorant SJWs can screech away; their threat is both obvious and banal.  The really subversive threat to the right has been the faux-right and, yes, Neocon threat of the Alt-Light.

The sifting of the wheat from the chaff was inevitable among the Right, as we were pushed further right.  How far was one prepared to go to assert national stability and which lines would one cross?  As the writers of South Park recently noted, politics has become so absurd, so hilariously changeable, that satire has become impossible. “Shit got real,” is the expression, I believe.  For Right-libertarians, it began with campus flyers at the University of Kansas which declared the most extreme of libertarian thought (anarcho-capitalism) as being neo-nazi code.  “Alt-Right, anarcho-capitalist, “MAGA,” “men’s rights activists”—neo-nazis all, according to the flyer.  But, as an English libertarian, the joke could be heard from greater heights than mere campus politics.  The British government had the same idea!

The Home Office became a precursor for neocon attacks on the Alt-Right, including libertarians such as myself who associated ever more strongly with it.  They sank £60 million into an advertising campaign by the prominent M&C Saatchi to “combat right-wing extremism”—essentially, the above list!  It should go without saying that the Alt-Right aren’t neo-nazis; a recent article at altright.com echoed the words of another from Politico:

What the alt-right has taken from Europe starts with the philosophy of aristocratic traditionalism [Emphasis mine]—in its Romantic, modernist and postmodernist strains. Building on that, it adds principles of Europe’s identitarian movements, which promote anti-immigration policies in the language of ethnic self-determination.

Traditionalists (or, rather, Archeofuturists) who celebrate hierarchy and wish to maintain national character through limiting immigration?  If these are mindless skinheads, I daresay the Home Office could find plenty of them among the majority of Britons who believe multiculturalism and other cultural Marxist movements have been a failure.  Certainly, this describes most right-libertarians.  Yet, for better or worse, the same torrential nonsense has been flowing from the Alt-Light “cultural libertarians” and “civic nationalists” in the U.S.  This has left an impassable gap between the true Right and the cucks, prepared to stand firmly on neocon ground, punching right in a vain attempt to find acceptance with and minimize the blows from the left-libertarians.

The advantage of being rid of the neocons is obvious. The Rebel Media is the exemplar in this regard— hypocritically sending their commentators to Israel to discuss how wonderful Jewish ethno-nationalism is, whilst having Jay Fayza explicitly declare European ethno-nationalism to be “stupid.”  The dislike ratio on that video certainly indicates that most weren’t falling for it and could see through Ezra Levant’s biased, Zionist, neocon propaganda. Nevertheless, the Neocon faction within fracturing libertarianism has become the beast which must be named, as this dying dragon still represents a great threat.  So, let’s name it!

Gavin McInnes, another Rebel regular was the forerunner for the Alt-Light’s backsliding—the same major rift at The Rebel was already experienced at ProudBoy Magazine.  CRNT magazine is a work in progress, following the split of ProudBoy from McInnes’ Trump-supporting “proud boys”; it was suspected that there was an element promoting Zionism under the guise of anti-Islam with long-term goals of subverting the anti-war, anti-Zionist sentiment within the Alt-Right.  The stench of neoconservatism was intolerable for many right-libertarians, and so they went to the Alt-Right side of the fence. The realization that the Alt-Light are simply neocons has likewise struck The Rebel’s viewers and, seemingly, some of their contributors, too.

Right-libertarian reporter Lauren Southern hadn’t been with The Rebel a year but, now, she has quit, stating that she is “a believer in the media just being about truth and the viewer . . . totally unfiltered.”  She didn’t give too much detail but, of course, she doesn’t need to.

Lauren posted a video of herself discovering her genetic heritage, using one of those tests you can order through the post. These are very popular with American followers of the Alt-Right, who want to understand their make-up and ancestry better; this revealed a deep interest in gene realism, bubbling beneath the surface. Over the months, her videos attacked leftists’ derisive misuse of certain terms, seemingly in defence of the Alt-Right and even sought to defend Richard Spencer, Millennial Woes, and Pepe the Frog.  Did she go to Israel to promote how wonderful their ethno-nationalism was, whilst decrying white ethno-nationalism? No. Gavin McInnes, however, stands in stark contrast.

Gavin McInnes is far from quitting The Rebel. After his hopes for a future with Fox  were dashed, career prospects require his allegiance to Ezra Levant, it seems.  Thus his backtracking and almost politician-like public apology for comments he made about the “brainwashing” trip to Israel, to clarify his real beliefs. Of course, he insists his request not to take comments he made regarding the Holocaust-deniers side of the argument out of context were really meant to cover absolutely everything he said in that leaked video before arriving at that topic:

This is basically a brainwashing trip. I think that the Jewish, Israeli government paid for this.  We had donors too but I think that they were mostly Israelis that assumed we were going to listen to all this shit we get fed.  And that is having the reverse effect on me—I’m becoming anti-semitic.

It’s been a long time since I’ve seen backtracking like Gavin’s, upon his return to the U.S.  You could almost see the stripes the producers left on his back.  Gavin has placed himself firmly in the camp of the neocons for his career’s sake.  But for those libertarians who are clued up on the genuine demographic issues relating to maintaining a free and high trust society in the West, everything left of the alt-right is destructive cultural Marxism, whatever name it goes by. We will not be fooled twice.