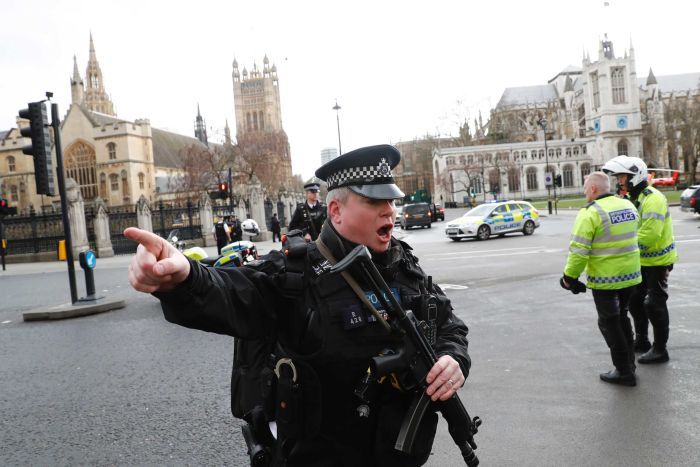 The terror attack in London should have surprised literally no one. More terror attacks are bound to follow as London continues to slide into Caliphate status.

Of the most interest to everyone is how the British public will react. Will they do anything? Will conservative voices come forward and make a stand? The short answer is “no”.

Even the anti-SJW warrior and old fogey, Peter Hitchens ducked out of the discussion. Here are some of his recent tweets.

It seems that his late brother was the one with the brains and the functioning set of testicles.

What is Peter good for except for sounding off on Trump on Question Time, debating spoiled children at Oxford, and being a living, breathing stereotype of a depressed posh old fuddy duddy British aristocrat?

Meanwhile, the identity of the suspect seems to still be in question. The brother of Abu Izzadeen, the man originally suspected of being the attacker by the media, has claimed that his brother is in fact, still in prison and could not have been the attacker.

But you have to admit, this radical sunni cleric bears more than a passing resemblance to the attacker. Where have we seen him before? Oh, thats right. In a confrontation with British nationalists led by Paul Golding.

Perhaps the British Nationalists knew something that respectable British conservatives did not.

Meanwhile the MSM is trying to defend the refugees.

This is actually a huge misstep on their part. In their haste to defend the refugees, they are proving the point that blood and soil nationalists have been making for awhile now — assimilation is a myth. All they are doing is breeding discontented second and third generation extremists.

What about the Brexit folks? The ones that so courageously stood up for British sovereignty?

And what did Sharia May have to say.

But at least all those Poles will be deported from the UK, and that’s good enough, eh fellow nationalists?

In general, from my observations, I have found that “secular” muslims are the most dangerous. The ones who integrated into the hedonistic Western culture and then end up repenting and rediscovering their faith are the most fanatical. They feel an extreme need to repent their previous decadent criminal life by attacking infidels. They are prime recruiting targets for radical preachers as well. If you have a moderate, nice muslim friend, sooner or later you will be blamed for their transgressions.