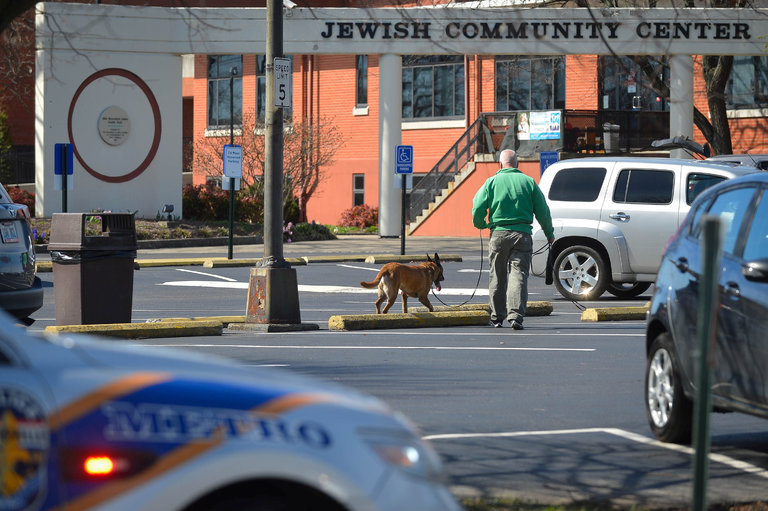 President Trump was blamed for “a wave of anti-Semitism” that was caused by a failed black journalist from The Intercept and a 19-year-old Jew making crank calls in Israel:

“WASHINGTON — The Israeli police on Thursday arrested a man believed to be responsible for scores of bomb threats that were phoned in to Jewish community centers across the United States, American officials said.

The F.B.I. confirmed in a statement that the bureau had worked with the Israeli national police to arrest the teenager, who, officials said, holds citizenship in both Israel and the United States.

“Investigating hate crimes is a top priority for the F.B.I., and we will continue to work to make sure all races and religions feel safe in their communities and in their places of worship,” a spokeswoman for the F.B.I., Samantha Shero, said. She said the bureau could not provide additional information about its inquiry. …”

This was considered such an important story that President Trump addressed the issue at the top of his Joint Address to Congress and condemned “anti-Semitism” in a press conference after being asked dozens of times about it by “mainstream” reporters.

Note: Alan Levinovitz’s In Praise of Intolerance and Frank Rich’s No Sympathy For The Hillbilly are two more reminders of how Jewish privilege operates in the mainstream.