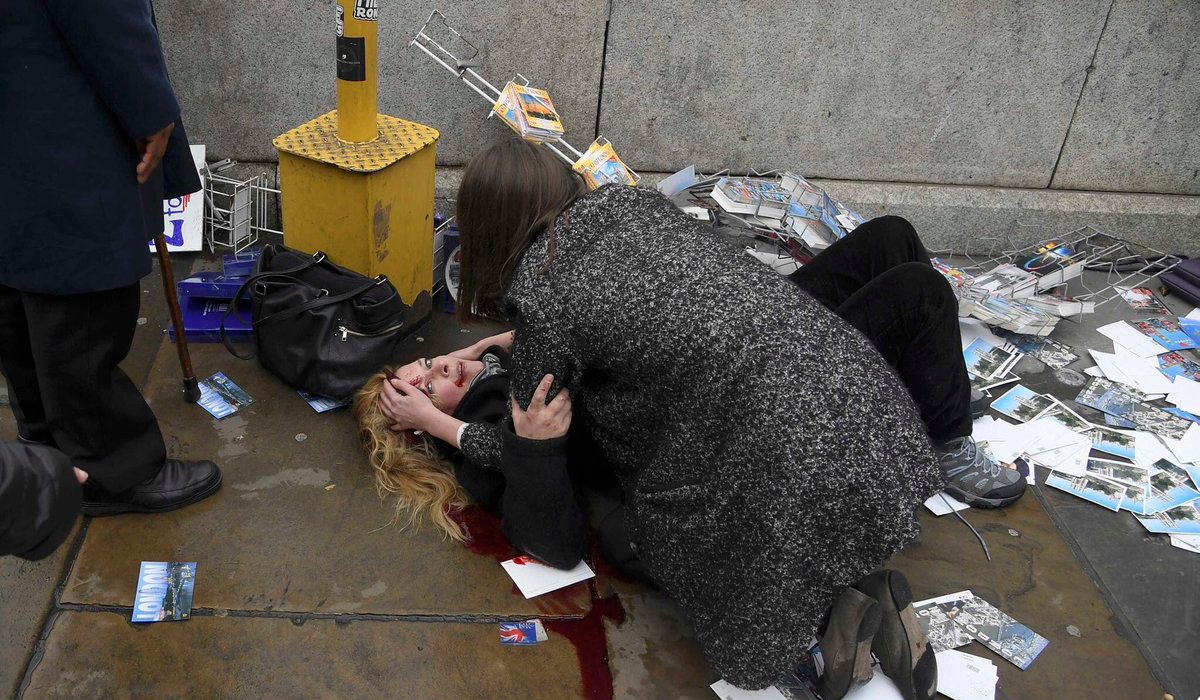 Editor’s note: As with all terror attacks, many of the details are still murky. The identity of the terrorist is being disputed by some. We will update as more information because available.

Five people were killed when a terrorist, described as a middle-aged Asian man, drove a vehicle into dozens of people on the crowded Westminster Bridge near Parliament in London Wednesday afternoon. The man who committed the heinous attack was shot by police after stabbing an officer on the grounds of Parliament.

Witnesses describe the vehicle as a 4×4, which veered into a crowd of people and slammed into the gates of Parliament wounding 20, according to Daily Mail. Prime Minister Theresa May was reportedly escorted to a vehicle by a plain clothes officer and removed from the scene to a safe location.

A doctor at Saint Thomas’ Hospital, said a woman died at the scene, according to the BBC. “There were people across the bridge. There were some with minor injuries, some catastrophic,” she added.

Moments ago, an emergency helicopter landed on the scene.

Sky News has video of the reaction in Parliament as the shots were fired outside. Members of Parliament are currently on lockdown as authorities provide security.

This is the moment Parliament was suspended as “sounds similar to gunfire” were heard outside pic.twitter.com/to6PPxkNqL

U.S. Press Secretary Sean Spicer confirmed that President Trump has been briefed on the situation.

Reactions from the Facebook feed of Al-Jazeera capture the sentiment of Muslims online.

The attacker was loaded onto an ambulance and later died of his injuries. No word has been released on the ethnicity of the Asian attacker.

This is a developing story.