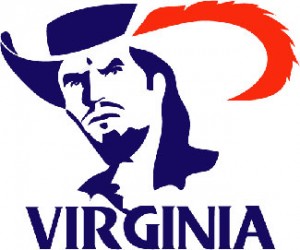 “If the reader will permit me this once a somewhat personal and idiosyncratic essay–heretofore I have never been either personal or idiosyncratic–I will promise never to do it again. No one can doubt the reliability of my promises.

I have played in writing over the years with my birth in West Virginia and my consequent but imaginary possession of twelve toes. (Most readers will not care where I was born, and a fair few clearly wish that I hadn’t been. Well, this isn’t your day.) Anyway, I entered this world in Bluefield General Hospital, McDowell County, West Virginia, because my mother was staying with her father, a medical doctor in Crumpler, an unincorporated coal camp up the holler from North Fork, while my father was gunnery officer aboard a destroyer in the Pacific.

In fact, my people are the pure Cavalier stock of the Virginia Tidewater. I am Frederick Venable Reed Jr, my mother’s maiden name being Betty Venable Rivers–a cousin marriage, which some will suggest explains a lot. The Venables were prominent in the gentility of Southside Virginia. …

The Cavalier society of Tidewater was perhaps the high point of American civilization. The people were extraordinarily literate, steeped in the thought of the Enlightenment, imbued with a profound and kindly Christianity. From them came the Washingtons, Jeffersons, Madisons, the Lees, and Custises. It is hard to imagine any modern politician, or his ghost writer, writing either the Declaration of Independence or the Constitution, the latter being the framework, enduring until perhaps 1960, of an entire nation. The Virginians did.

They bore little resemblance–I might almost say “no resemblance”–to the wild and barbaric Scots-Irish of Appalachia or the communal-minded, meddlesome, and brutally intolerant Puritans of New England or, really, to anyone else in America.

Theirs was a hierarchical society. A happy quality of aristocratic rule is that graft and the sordid occupations of the lower classes are viewed as humiliating, noblesse oblige being expected. Manners and morals were not optional. No perfect ordering of humanity exists, but this was about as close as it comes”

Have you ever noticed that you can read and relate to some people a lot more than others? I read all sorts of people who I can’t relate to like David Brooks. I don’t understand their mindset. It is alien and unfamiliar. I guess I just don’t share their culture or their identity.

As for the Virginians, it seems clear to me that they suffered from a failure of imagination. They took so many things in their culture for granted that it never occurred to them to spell it out in the Constitution. They were articulating a form of government for a new nation. They weren’t concerned with more primordial issues of identity which remained intact from the colonial era. American identity before and after the American Revolution was English, Christian, White and free. It was too far fetched at the time to imagine that ever changing.