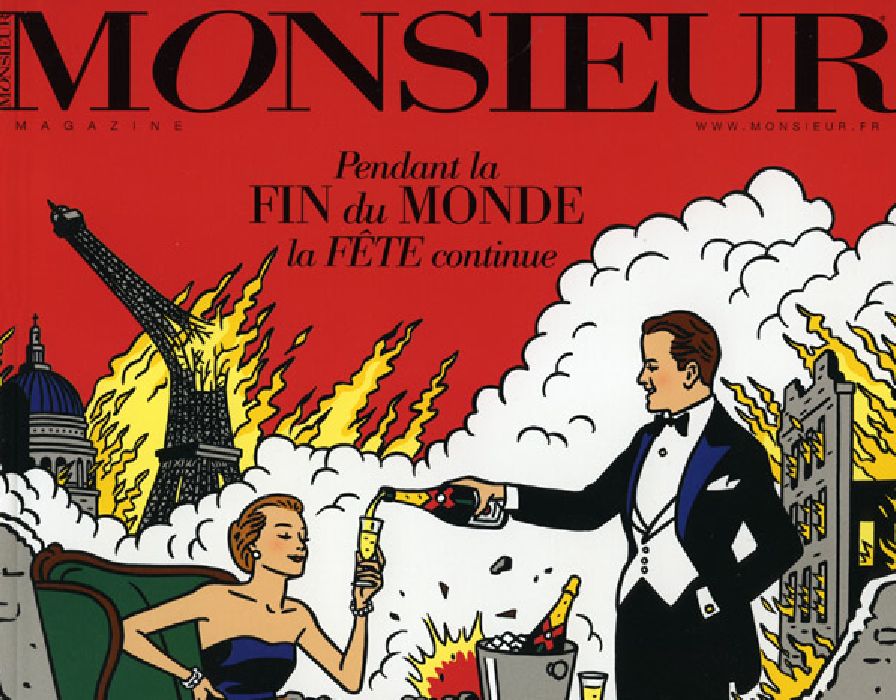 Here’s a funny story about some goofy postmodern art. Let’s gather round for our minute of hate.

“What is modern art? It can be many things. As a man lying on the floor and screaming incessantly – for two and a half hours. It happened at the Museum of Modern Art on Friday.”

And what else is there to say? Oh yeah, this happened in Stockholm, Sweden…

You might think that everyone at that performance is a lefty. Fair guess, but not so fast. I’ve been to some modern performance art shows, probably more than any average salt of the earth alt-righter should. But hey, you gotta know thine enemy, and sometimes you get some free artsy nudity out of it.

I am always struck by the somber faces of everyone around me as they watch the spectacle. They take it all so damn seriously and of course explain the symbolism to me afterwards. That busty chick rolling around in the dirt naked represents the love interest of the man hopping around in the potato sack with a giant baby’s head mask.

“Ahhh, now it makes sense…” I always try to crack a joke, but it never goes over well. To laugh along with me would be to admit that it was all a waste of time and that we were all stupid by osmosis. I mean we could have been at a club being degenerate, yet we chose to spend a “cultural” evening together instead. This means we are sophisticated and very deep people — our friends will be envious of us, wont they? No? Well then, we’ll make them feel bad for being so uncultured.

After the show, your fellow attendees are changed and enlightened. They will let you know this by how their voices dip in cadence with the necessary melancholie.

I’ve been to about four of these all-night performances. The first feeling that strikes you as you sit in the stands is one of disgust and discomfort. And that’s the point really — the “art” is intended to shock, and the “artists” make no qualms about it. To be honest, I didn’t really understand why I kept coming back to see more of the same degeneracy. Was it the nudity? Nah, that was so-so.

In hindsight, it was the shock factor that I kept returning for. I’d drink up and invite a normal buddy to come along. I’d promise him that he’d see “the craziest shit ever” as I poured him a shot. We’d laugh and head over. It was fun. You really did feel something — disgust mostly, but hey it was better than feeling nothing, right?

That’s what the modern life of the middle-class bourgeoisie is all about. Being comfortable. Being proper. Keeping up with the Jones. Always striving. Always discontent. Wearing a tie and sweater even at home.

And sometimes, in my less than sober state, I’d see the audience in a different light. They were a lot like me really. They were the Comfortable Ones. And just like me, they were so damn bored. This life seemed so banal and disgusting. They hated themselves for who they were. They were middle-class nobodies. Deep down they felt that this wasn’t what they wanted with their lives — to be born comfortable and to die comfortably with no greater meaning, just the reckless pursuit of more comfort.

The Prole doesn’t have that strange ennuie that the middle class bourgeois Boheme has. The Prole needs to work if he is to stay fed and avoid the hard edge of life. If he is ambitious, he works and hustles his butt off and has a chance at acquiring all the material stuff he craved and more.

Meanwhile, the Aristocrat hates the middle-class wannabe because he sees in him the Striver. The guy who acts like he is an aristocrat and whose parents are rich, but not wealthy. The middle class Bobo desperately spends his life working hard to not become a Prole, and to prove he is not a Prole, he live-action roleplays as an Aristocrat. Meanwhile the Aristocrat is busy burning away his wealth and health by acting like a Prole, to counter-signal the middle-class upstart and because once you’ve already reached the top, there is only really one way to go…

So what are these people actually doing?

They’re acting out their ennuie in the only way they know how — through Cultural Marxist approved outlets. It doesn’t matter if its going to Lesbos to help refugees or going to Darfur to teach locals how to use Macbooks or just doing the half-assed thing and liking the photo of some basic bitch on Facebook who’s flashing her pearly-white teeth next to some half-starved African children. It feels authentic. It feels like making a difference. It gives you meaning. You feel something.

Going to these performances is part and parcel of this whole package we are sold. We see all that dirt and sweat and bizarre contortions of the body and feel something. It may be shock and disgust, but its a nice relief from the tired humdrum of modern living. The actors wallow in the filth, and you suddenly feel some emotional release. Better yet, they artfully destroy themselves on stage for your entertainment, which is better than doing it yourself. After all, you have so much to lose! So far to fall!

Its so terrible what’s happening to those poor Syrians! Yet you shiver with delight when you imagine having to duck under gunfire, trek through the desert, and brave the waves to reach safety. It’s all rather frightening but exhilarating at the same time, n’est pas? Its a shame that you can’t ever experience something like that in your own life, but then you’re not sure you’d want to. Better to live vicariously through Abdul.

But back to that screaming Swedish man. What is he so worked up about? Perhaps he is deeply miserable — cut off from his past, cut off from a life of meaning, rootless and unable to decide where to direct his indignation and rage. So he directs the misery at himself.

Hah, try telling him that though. His misery makes him feel something. And that crass imitation of authenticity is enough.

Shall we place bets on whether this guy is a lefty open borders type?

And deep down he prays for the refugees to come and destroy his comfortable life. Noble savages that they are, they will make everything better. They will make life better and more real because they are authentic.

And in some way, the Alt-Right joins him in his silent prayer. Let them come. We too want to struggle and feel something authentic again. We’re living at the end of history, mang. All the way out there where the sidewalk ends. That man feels it, and so do we.

Only, we want that effeminate little shriek to become a battle cry.