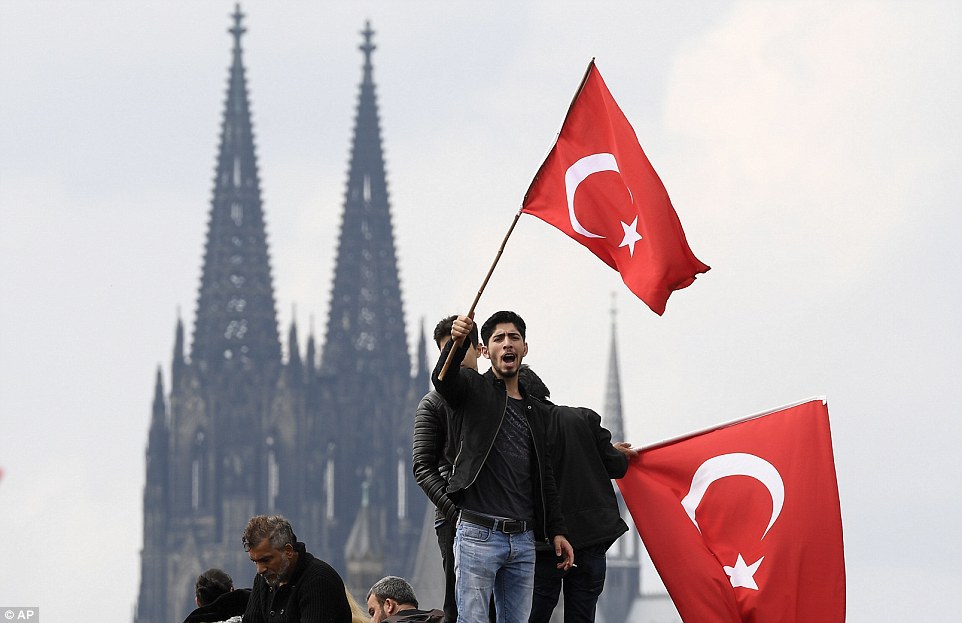 Unlike the West, the Turks haven’t lost their old imperialist ambitions:

“Calling Turks the “future of Europe,” Turkey’s president on Friday implored his compatriots living on the Continent to have multiple children as an act of revenge against the West’s “injustices.”

“Go live in better neighborhoods. Drive the best cars. Live in the best houses,” President Recep Tayyip Erdogan said Friday in the city of Eskisehir, while campaigning for a referendum that would solidify his power. “Make not three, but five children. Because you are the future of Europe. That will be the best response to the injustices against you.”

The remarks come at a time of increasingly fraught relations between Europe and Turkey in the wake of the migrant crisis, the concurrent rise of Islamic terrorism and right-wing nationalism in Europe, and a crackdown on civil liberties in Turkey. …”

Give me your tired, your poor, your huddled masses yearning for White women and EBT pic.twitter.com/cff28xmeOz

Liberals thought it was a great idea to let millions of Turks into Europe.

Europe was threatened for centuries by the Saracens, the Mongols, and the Turks. How does our history with these people matter, though? What could possibly go wrong? It is 2017 and we are so beyond the divisions of the past. Anyone who would discriminate is an Islamophobic bigot.

Note: The Hungarians and Serbs certainly have fewer illusions about the Turks.