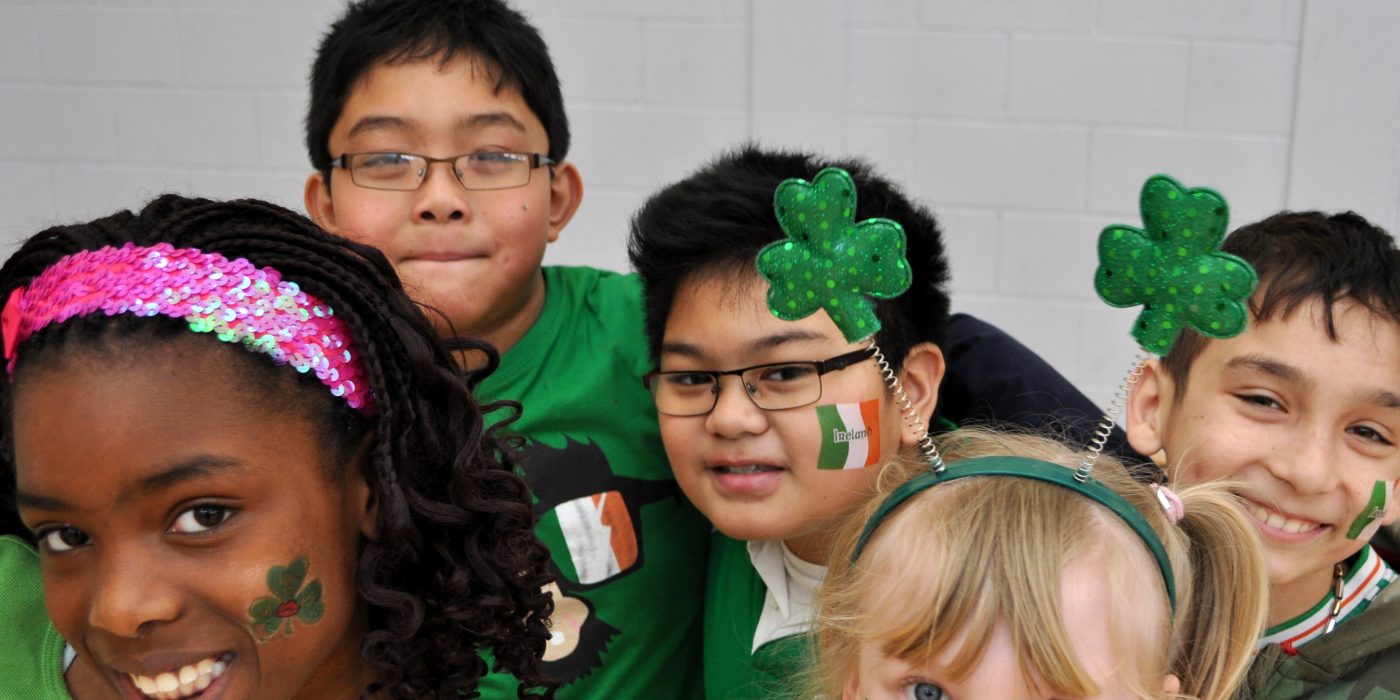 Editor’s Note: This essay was originally published on Radix Journal in 2015.

I’ve always instinctively disliked St. Patrick’s Day. Growing up in the ‘80s and ‘90s, I was inured to the multicultural calendar of ethnic holidays I didn’t resonate with or understand. But no one ever expected me to actually celebrate Rosh Hashanah—or wear T-shirts that read “I’ve got a little Jewish in me” or pinch anyone not donning a yarmulke. At one point, I started wearing Orange on March 17 . . . though the message was seemingly lost on most everyone I encountered.

Much like Halloween, St. Patrick’s Day has emerged as an excuse to get dressed up, get drunk, and get laid. The same goes for the German festival of Oktoberfest, which is growing in popularity. But Ocktoberfest retains a connection to authenticity and tradition, which I find totally absent in the spring festival of idiots wearing Guinness novelty top hats and obnoxious women screaming while making group selfies.

We moderns, who are living out the End of History, think that cultural festivals are something for those other peoples. The Day of the Dead, the Thai Pongal, and Carnival are for those who haven’t quite entered modernity, who lack our self-consciousness, rootlessness, and irony. In this way, we don’t consider St. Patrick’s Day to be a real holiday at all. But truly, what we celebrate and how we celebrate it reveals who we are, and the shared assumptions amongst Americans of many races.

In The Good Shepard (2006), Robert De Niro’s flawed but fascinating drama about the origins of the CIA, there is a quotable exchange that might be a fitting epigraph for the tombstone of the Anglo-Saxon Protestant elite. It occurs when the blue-blooded Yalie Edward Wilson (Matt Damon) visits the home of an Italian mafia boss, Joseph Palmi, played memorably by Joe Pesci.

Joseph Palmi: Let me ask you something. . . We Italians, we got our families, and we got the church; the Irish, they have the homeland; Jews, their tradition; even the niggers, they got their music. What about you people, Mr. Wilson, what do you have?

Edward Wilson: The United States of America. The rest of you are just visiting.

It’s all too easy to read that last line as an expression of arrogant WASP supremacism—or as Hollywood’s smear of the now-defunct American elite—and overlook its tragic dimension.

Edward Wilson is equal parts “company man” (dutiful, anonymous upper-level manager) and patriotic samurai. He has dedicated himself totally to his agency and to the Cold War, which was imagined as a titanic, all-or-nothing battle for the world. At the end of his life, Wilson is so estranged from his wife and son, he barely seems to know them; his only passion appears to be building model boats in bottles.

Wilson here is an intense example of a general tendency among WASPs to dissolve their ethnic and racial identity into a corporate entity, the United States of America. Wilson is America . . . and isn’t at the same time. The USA is the vehicle for WASP power and identity, but its real essence is that of a mass, managerial bureaucracy and geopolitical administrator. Ultimately, Wilson and his class were also “just visiting”; they were just one more people to occupy the U.S.A.’s upper-levels management positions, and were easily replaced by Liebowitzs, Chens, and even O’Reillys.

St. Patrick’s Day is the celebration of the Underdog—not only the Irish themselves but the perennial, mythic Underdog that is always “just visiting” the United States. What is characteristic about the U.S. is that there is no celebration of the Overdog. There is no St. George’s Day festival, memorializing the people that defined America. In this way, America has no culture. And St. Patrick’s isn’t even about the Irish anymore.

TopicsIrishSt. PatricksUnderdogUSAWASP
Share on FacebookShare on TwitterShare on RedditShare on VKontakte