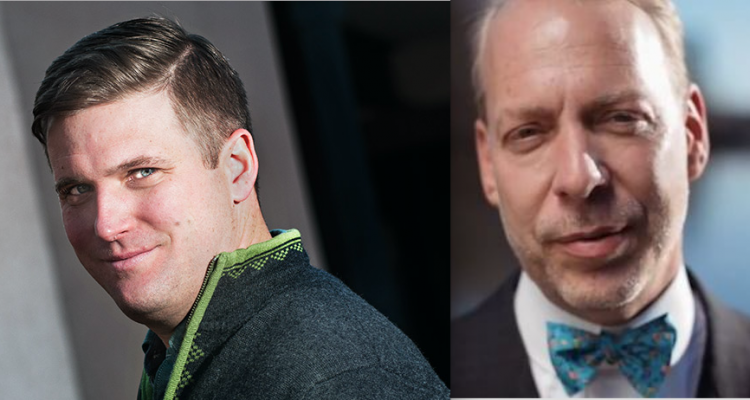 Tucklypuff: Social Democracy Is No Match For The Alt-Right

Jeffrey Tucker thinks he has written a clever article about the Alt-Right and social democracy:

“The more diverse the society, the less likely you are to feel as if your tribe is winning in this redistribution game. You are now vulnerable to political manipulation. The first demagogue to come along and say “look at the creeps who are winning at your expense” wins the game. It’s an enormously powerful message. It taps into a deep sense of injustice that people have. Diversity becomes the proverbial straw that breaks the welfare camel’s back.

What does this breakage look like? It looks exactly like what we see around the developed world: the rise of nativism, police state authoritarianism, the boiling up of racialist feelings and movements, protectionist trade policies, centralization of power in the hands of people who have no sympathy at all toward non-majority religions, races, and language groups.

In practice, this political dynamic can get really wicked. Social welfare states, such have been built since World War II, are only politically stable in exactly the kinds of societies that are incompatible with the kind of world the Left wants and the kind of people the Left believes we should be. That’s a serious problem for them. It forces them to come to terms with a massive problem in their political worldview.

There seems to be no getting around this problem. Social democracy has created the very conditions that are leading to reactionary political movements that kick the left out of power. The left’s own institutions easily get captured by movements that reject egalitarian values, and use those institutions to punish the people who built them …”

Is this really a massive problem for the Left’s worldview or liberalism in general?

If classical liberalism is correct and human beings are all deracinated individualists who create proposition societies on the basis of universal natural rights, why has there been such a powerful nativist backlash? Why is diversity the straw that breaks the camel’s back?

Why should a Swedish individual feel closer to another Swede than, say, the Somalian refugee who has moved next door? Why would a White American resent the transformation of his community into the Star Wars bar scene by Third World immigrants? Why did the welfare state work in inbred homogeneous Scandinavian societies for such a long time? Why do I feel closer to my own son than the progeny of a Congolese Pygmy?

The Alt-Right has a theory: human beings are not the deracinated individualists guided by abstract “reason” imagined by the philosophers of classical liberalism. On the contrary, humans are social beings like other primates and are part of the natural world like all other species. We are naturally tribal. We feel closer to some people as opposed to others because of kinship. We are more willing to sacrifice for our blood relatives than an abstract “humanity” because our closest relatives share the most copies of our own genes. We are born into prexisting societies where we are socialized as children into the language and norms of our culture.

Liberalism is based on all kinds of absurdities which are being slowly revealed in our own times:

1.) First, liberalism is based on a false account of human history and the origins of human societies. It’s own origin is hardly universal.

2.) Second, liberalism imposes an abstract ideological grid on organic cultures and demands those cultures conform to its assumptions. I will give you an example. I’ve been cast in the role of an “individual” with nothing but a personal identity. I’m assigned an identity by liberalism which ignores my real sense of identity. It doesn’t matter how many times I insist I am more than an individual and express my group interests. Liberalism remains based on a priori reasoning.

3.) Third, liberalism is incapable of explaining human behavior because it waves away the biological underpinnings of human behavior. Human beings have strong instincts that are heritable. There are significant differences between human populations which evolved in different parts of the world that have major social consequences.

Why was liberalism able to cast such a large shadow over the world? The answer lies in the peculiar nature of the English-speaking peoples whose culture is rooted in Protestantism. We were already inclined to individualism. We were already inclined to religious tolerance (see the long history of religious conflict between Anglicans, Catholics and Presbyterians in the British Isles which is the historical backdrop of this) and theories of rights because of the tradition of English common law. By the 17th century, English identity was already associated with freedom and whiteness in contrast to the continental Europeans. Similarly, the Dutch were already republican and capitalist before they became liberal.

Liberalism is a kind of extended phenotype. It piggybacked its way to global domination on the backs of the Dutch, the British and American Empires over the course of three centuries. It got to where it is today not because it is universally true, but because of the military power of three seafaring, commercially oriented, closely related Northern European peoples. The sons of Arabia who spread the Dar-al-Islam didn’t create anything like liberalism!

Now that liberalism is really being tested as a universal ideology in Europe and America, the ideology is breaking down under the strain in its old heartland. This never happened in the past because liberalism was grounded in its ethnocultural roots until the Second World War. Britain, America and the Netherlands were the colonizers, not the colonized.

“As implausible as it sounds, the third path seems most viable to me. In many ways, it really is 1946 again, a time that cries out for the emboldening of a passionate, dedicated, morally strong movement to save freedom from its enemies. A genuine liberal movement must not only reverse the multifarious errors of left and right from the past but also point the way toward a peaceful and flourishing future. …”

1946 was the beginning of the end of liberalism.

Previously, liberalism had been closely associated with White identity and had risen to global domination because of that relationship, but the conflict with the Nazis and the Soviets created the rupture which has led directly to its present crisis. Now that liberalism is at odds with the existence and survival of its own progenitors, it is being rejected by them.