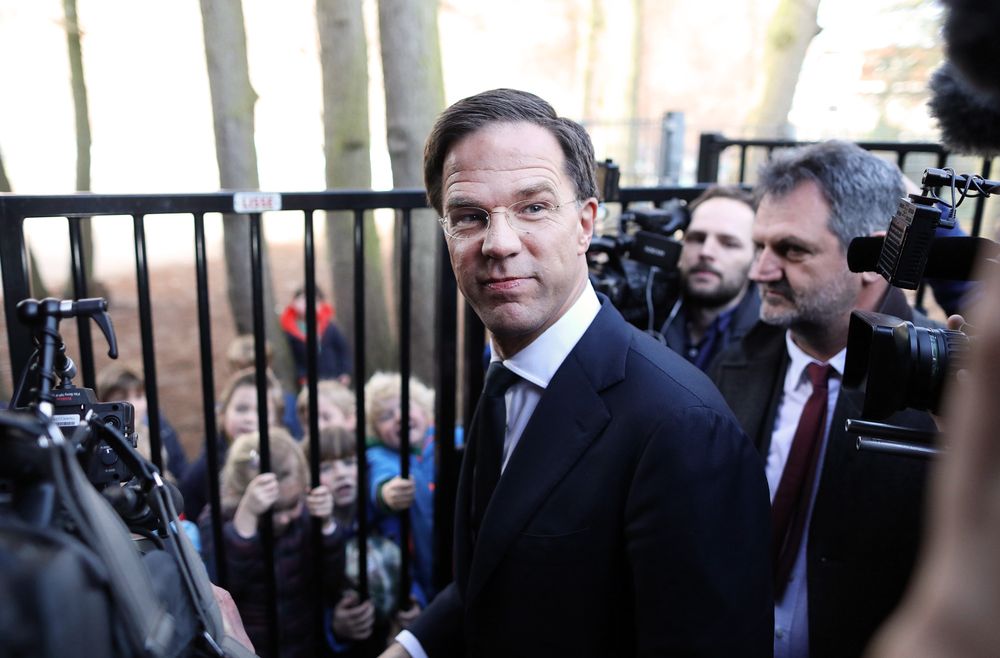 This is a major disappointment:

“THE HAGUE, Netherlands — The far-right politician Geert Wilders fell short of expectations in Dutch elections on Wednesday, gaining seats but failing to persuade a decisive portion of voters to back his extreme positions on barring Muslim immigrants and jettisoning the European Union, according to early results and exit polls.

While the tallies were still preliminary early Thursday, it was becoming clear that Mr. Wilders did not enjoy the support that he and others had foreseen. If the results hold, they could help stall the momentum of the populist and anti-Muslim forces Mr. Wilders has come to symbolize, and which have threatened to fracture Europe.

Voters, who turned out in record numbers, nonetheless rewarded right and center-right parties that had co-opted parts of his hard-line message, including that of the incumbent prime minister, Mark Rutte. Some parties that challenged the establishment from the left made significant gains. …”

It has shades of the result in Austria.

On the one hand, Geert Wilders won’t be Prime Minister, which was never really realistic in the first place, and PVV didn’t come anywhere close to coming out on top. On the other hand, Mark Rutte’s VVD is projected to lose 9 seats while PVV picked up 4 seats. The Dutch Labor Party collapsed. It seems Rutte also merged victorious after grandstanding this past week in a showdown with Turkey. Now that the election is over though, it will be back to business as usual.

The Dutch had their chance to lead Europe into a new era. They blew it.