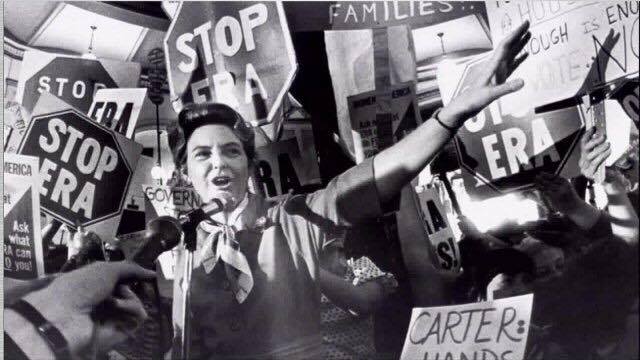 The Women That Feminism Forgot

Recently, an article appeared in the University of Utah’s student newspaper, The Daily Utah Chronicle, called “Women of the Alt-Right.”

Misogynistic, and highly populist and led unofficially led by Richard Spencer, the “alt-right” movement — a faction of people with extremely far-right ideologies —  expanded underneath values that President Donald Trump supported throughout the election. Preaching strict white ethnonationalism, the movement eerily resembles the Nazi party. During a rally in Washington D.C., members of the “alt-right” were filmed chanting “Hail Trump, hail our people, hail victory!” The “alt-right” has grown rapidly since Nov. 8, gaining additional momentum when the infamous Steve Bannon was chosen to become Trump’s Chief Strategist. Yet, despite their sudden rise, “alt-right” leaders recognize that there is additional recruiting to be coordinated.

This time, it includes attracting women to join the dark side.

“The dark side.” We’ll come back to that.

Writers that identify as “alt-right” have termed the process of bringing females into the movement, giving women the “red pill.” And it is understandably difficult. At each rally that is held, supporters rattle about the importance of alpha-males, often suggesting that women hold little value in the working class. Instead, a woman’s place is frequently identified as in the kitchen — a disgraceful notion which marks a significant regression from past societal advances. Herein lies the issue with attracting women into the movement. However, this hasn’t stopped female “alt-righters” from attempting to teach men about the recruitment process.

First off, where are all these alt-right rallies, to which the author refers? The notion that the alt-right appeals primarily to the working class also displays a distinct lack of knowledge about the movement. Furthermore, while I enjoy being in the kitchen as much as anyone, this tired cliché from Mr. Coleman doesn’t do his argument any favors.

Earlier this month, The Economist featured a story about two writers named Cecilia Davenport and Wolfie James. Although they each have unique styles, they share a common interest. According to The Economist’s story, “Mr. Spencer has said he believes women constitute around one-fifth of the movement’s followers.” Others who are familiar with the movement tend to agree that there is simply not enough representation of women in the group. That is where writers such as James and Davenport fit into the broader picture.

Through blogging, women in the “alt-right” are trying to gather others that are secretly partial to the movement. As Davenport wrote in response to The Economist, “You see ‘alt-right’ women a lot more at private gatherings…men are, by nature, more likely to take risks: and there are real risks involved in being active in this cause.” Similar to others, Davenport recognizes that there is the potential to grow the movement’s female base. This prospect is exciting for a predominately white, heteronormative group of males that seeks the attention of women. Davenport continues by saying, “‘alt-righters’ want women to have the option to stay home and raise a family…,” making a sensible plea for women to support the cause. If one makes belonging at home a privilege, rather than a punishment, there will naturally be women curious about the movement.

Nicholas, if you found my plea so “sensible,” what’s the problem?

Conversely, there are others who believe that women will need a significant push from their “alt-right” boyfriends to join the movement. Among those who believe this is Wolfie James, who wrote the original manual for red-pilling women. While I make reference to her work, I refrain from providing any direct link, as the article’s language is rather vulgar and distressing. With sections entitled, “Trigger her emotions; don’t try to win an argument,” “Fear monger,” and “Support her when she starts to embrace it,” James describes a step-by-step approach for men to recruit their partners. The manual’s rhetoric primarily uses fear as the catalyst for bringing skeptical women into the movement. It should be noted, though, that lacking from the guide is a strategy for “alt-right” men to actually attract women in the first place.

Trust me…alt-right men have no trouble attracting women. As for Wolfie’s “vulgar and distressing” rhetoric, you can read it here.

It’s difficult to fathom that a political movement aimed at restoring white male nationalism is actively attempting to recruit women. Yet, unofficial leaders such as Spencer are convinced that females are apt to join the cause — with a little nudge. Whether it be from Davenport and James or others hidden amongst a sea of alpha-males, there is a growing push to expand the party.

Why bother to respond to this nu-male college freshman? Because, unwitting as he is, he has exposed a phenomenon that frightens the Left, which is why female shitlib reporters are now rushing to write articles discrediting the women of the Alt-Right.

Let’s be plain about why they’re afraid.

Even now, women around the country are actively joining the Alt-Right: networking online, meeting IRL, forming smaller regional cohorts and being plugged into the national network. They are coming in numbers never before seen in this movement. This terrifies the Left, and it should, because they know that once a threshold of female involvement is reached, there’s no going back for the Alt-Right. It’s real. It’s here. And it cannot be called a fringe movement of disenfranchised or sexually frustrated white males anymore.

These women come from across the political spectrum: some converts from the Left, some life-long conservatives, and some waking up to the political world for the first time. They are students, young professionals, mothers, teachers, academics, and scientists. These are the women wounded by the lie of equality, but not broken by it. Rising from the shattered promises of feminism, they have awoken to stand beside their brothers, partners, husbands, and children, to reclaim their destiny as women and as Europeans. They are the future.

So no, Mr. Coleman. These women are not joining “the dark side.” We have joined the side of light.