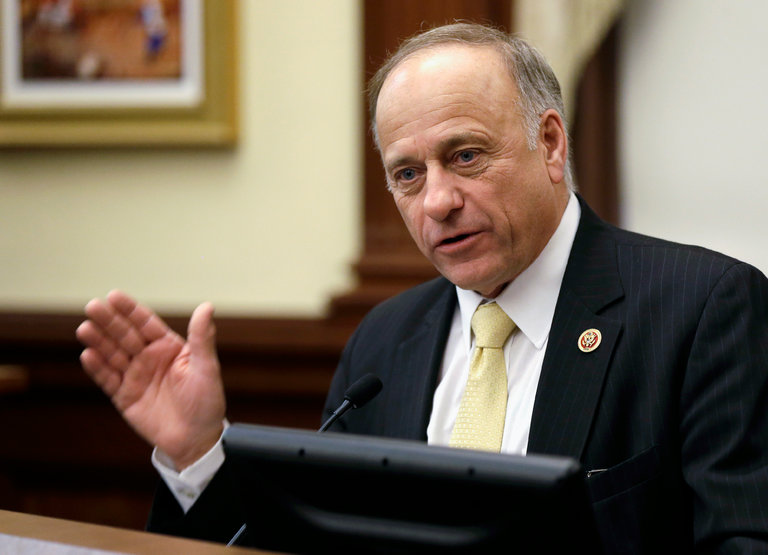 Rep. Steve King has outraged the Left with a new incendiary comment:

Wilders understands that culture and demographics are our destiny. We can't restore our civilization with somebody else's babies. https://t.co/4nxLipafWO

In the political “mainstream,” a White male isn’t allowed to go off script like that. King has violated the dominant racial etiquette. This means he will be subjected to a Two Minute Hate:

“Representative Steve King, a Republican from Iowa who has a history of making inflammatory statements viewed by many as insensitive or outright racist, was roundly criticized on Sunday for his apparent endorsement of white nationalism.

Mr. King made the remark on Twitter when he shared a story by the Voice of Europe website about the far-right Dutch politician Geert Wilders, who wants to end Muslim immigration and ban the Quran and who has called Moroccan immigrants “scum.” …”

We’re ruled through the Narrative.

All respectable people must now join forces to express their outrage and drum Steve King out of polite society in order to display their dominance, preserve their own power and deter other dissenters from voicing similar sentiments. There must only be one Narrative on racial and cultural issues. That’s what is really going on behind this smokescreen of faux moral outrage.