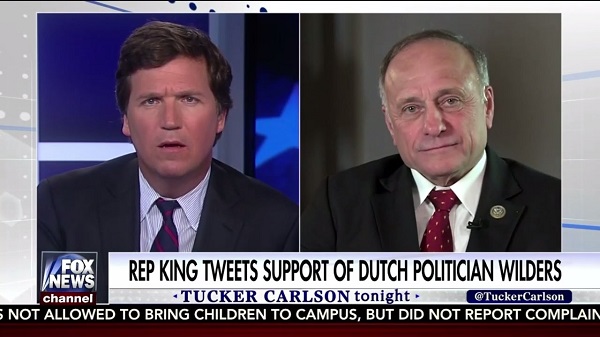 Steve King has positioned himself at the edge of mainstream conservatism. He doesn’t go full White Nationalist. Instead, he has adopted the familiar Tom Tancredo position on the superiority of Western culture and the need to preserve Western civilization, which is about as far as it is possible to go within conservatism short of edging into explicit ethnonationalist territory.

I’m don’t begrudge him for it. I understand he represents Iowans. There are political realities there which constrain how far it is possible for him to go while appearing on national television. This is probably why he supported Ted Cruz in the Republican primaries. It is our job to change the culture. We’ve seen enough here to know that Steve King stands with us.

Note: Once again, I will take this considering the fact he represents Iowa. He is leading his constituents in the right direction on race and immigration.