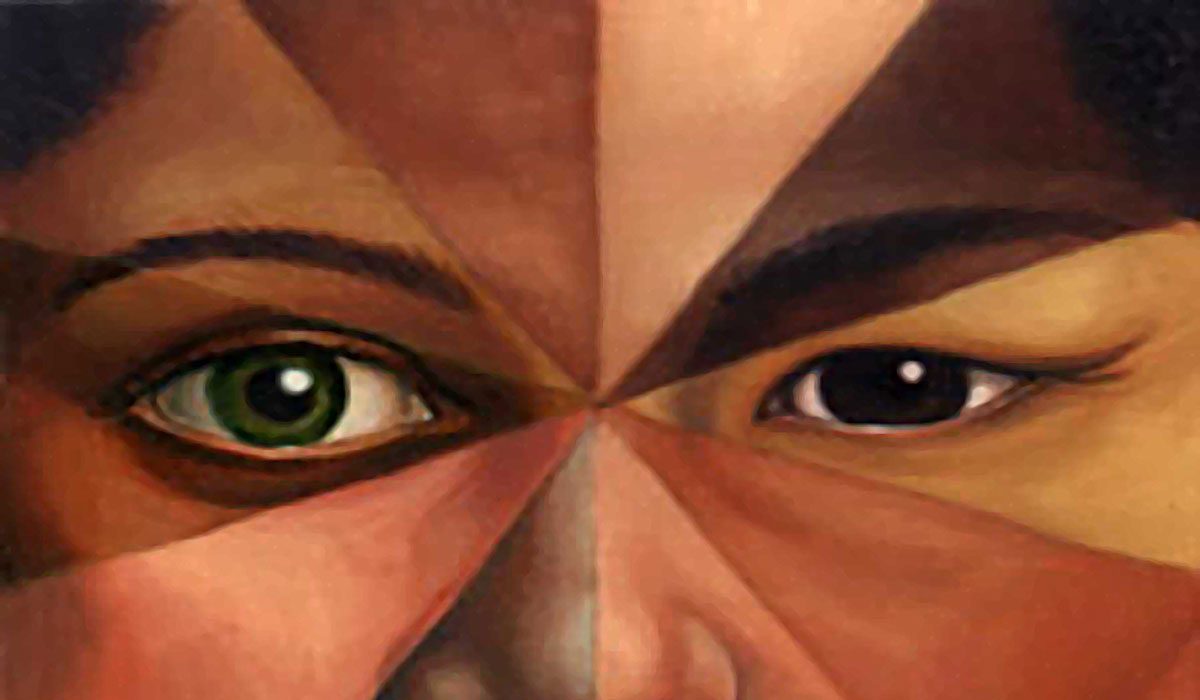 “Skin Color Doesn’t Matter”: Or the Truth About the World’s Most Dishonest Straw Man

One of the most ingrained and misleading straw man arguments which exists in the immigration debate is that of “skin color”. The skin color straw man has been used systematically by the media to distort the standpoints of nationalists and has established itself as a core tenet of leftist mythology. The lie has been repeated time and time again in popular culture and politics in order to portray race as only a question of superficiality.

A: We should limit immigration. We’ve had too much immigration in too short time.

B: We can’t close our borders to the outside world.

“Skin color doesn’t matter” say multiculturalists when nationalists say it’s a bad idea to get replaced by foreign peoples. And the truth is that skin color isn’t especially important. It’s just that nationalism isn’t about skin color. Nationalism is about life.

Skin color, and looks generally, is just a marker of origin: phenotype is a marker of genotype. A term like “white” doesn’t mean light skinned, but European, just like “black” doesn’t mean dark skinned, but of sub-Saharan African origin. The skin color straw man is simply the equivalent of reducing class to just a question of paper. But perhaps we should begin scolding democratic socialists for “dividing people on the basis of paper” too if they want to protect the working class and reduce income differences.

The reason for terms such as “white”, “black” or “yellow” is that skin color is a conspicuous, easily identifiable trait which often differs much between and less within human populations. But just like it isn’t looks which make your family your family and your relatives your relatives, it isn’t looks which make Europeans who we are. In fact, it’s just as natural and moral to stand up for ourselves as Europeans, as it is standing up for the interests and survival of your own family. Because they’re both based in one and the same principle: protecting your genetic interest.

Multiculturalists are like people who stand by the shore and watch, shrug their shoulders and say “Who cares about skin color?” when their child is drowning. At least that is tantamount to willingly accepting the destruction of your own race. The falsehood of the skin color straw man is that it reduces the utmost purpose of life, genetic survival, to just a question of superficiality. It doesn’t get more dishonest than that. Through it, the media has managed to convince millions of Europeans that the destruction of everything our ancestors fought and died for only means a change of hue.

You should take a moment to consider that fact. You should take a moment to consider the complete brainwashing it takes to make a people believe its own survival is just a question of superficiality, and protecting its own interests just a question of immorality. And you should remember that history has proven, with the right amount of brainwashing, you can literally make people believe almost any kind of shit if it gives them higher status to do so. And when the most powerful institution in the world, the media, ends up in the hands of the worst enemies of the white race, you should no longer be surprised.

We have to understand that replacement by foreign peoples isn’t bad for survival because the looks of the population changes, but because a lower part of our genes will exist in future generations. That’s what survival is about, and that’s why nationalists oppose mass immigration and race mixing: because it damages our genetic interest as Europeans. We realize it’s better to contribute to the life of your race, than its death. And we understand that survival is the utmost purpose of life, which is why it deserves to be at the root of politics.

So let it be made clear once and for all:

Nationalism is about life. You are a nationalist because you want to live.

It’s not about skin color. It’s about our survival as Europeans, and about upholding life as the highest good.

And that fact remains just as true, no matter how many times the media repeat their goddamn lies.

Topicsimmigrationrace
Share on FacebookShare on TwitterShare on RedditShare on VKontakte