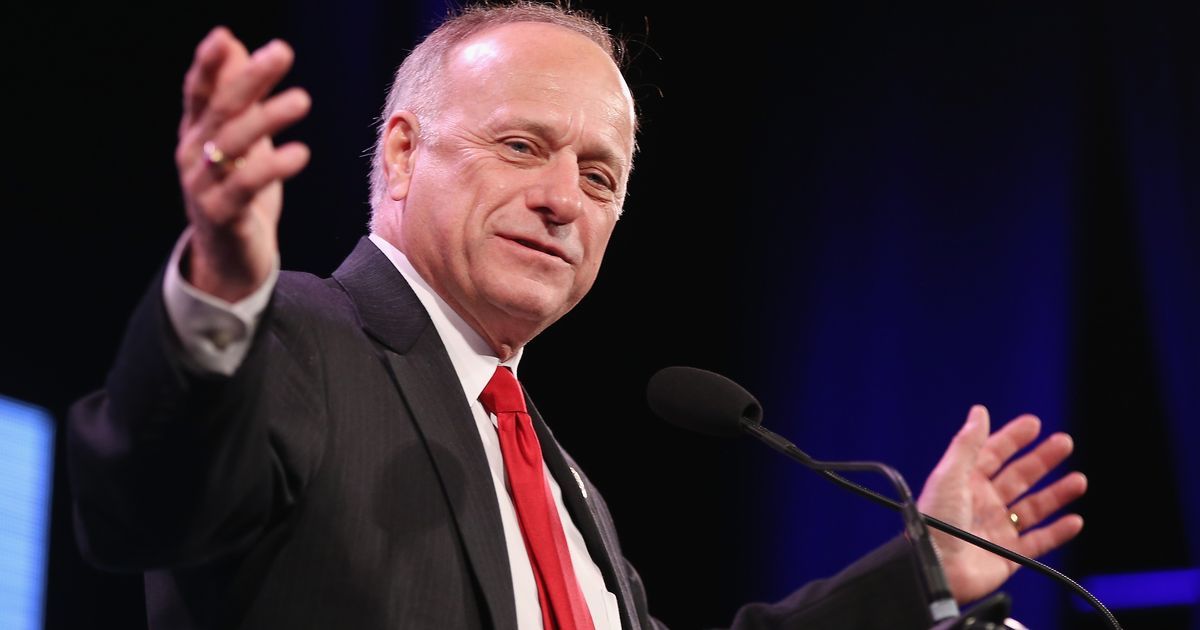 King is more /ourguy/ than Trump has ever been, but would he be saying these kinds of things without Trump? We can only hope these kinds of statements serve to embolden more of our people, as they see that people like themselves are in positions of power.

One of the smarter questions that people have asked throughout the Trump campaign and now into the Trump administration is whether or not Trumpism will survive Trump. Are there people in office now who either essentially agree with him as is ideologically, or are right enough of him to make his agenda continue?

We can’t know for certain since a lot of what Trump represents would get you called into the HR office if you voiced it, and crucified in the media if you are an important enough person.

But there are exceptions, like Iowa Rep. Steve King. Much like Trump, the Republican congressman seems to care very little how politically incorrect his opinions are. In fact, he is so blatant at times as to be further right than Trump in terms of ethnopolitik. For instance, King displays the Confederate flag on his office desk, despite the fact that Iowa was part of the Union during the American Civil War. (The southernization of the non-elite White vote is truly potent).

During last year’s Republican National Convention, King told a panel of opposition media who were gloating about “the last time that old white people will command the Republican Party’s attention, its platform, its public face” to basically get bent. King said, “this ‘old white people’ business does get a little tired,” following up with the challenge “to go back through history and figure out, where are these contributions that have been made by these other categories of people that you’re talking about, where did any other subgroup of people contribute more to civilization?”
Most recently, on March 12 he retweeted a political cartoon posted by the account Voice of Europe that supported Dutch nativist politician Geert Wilders. King added the commentary that “Wilders understands that culture and demographics are our destiny. We can’t restore our civilization with somebody else’s babies.”

Read between the lines: the demographic replacement of White people is not a good kind of growth.

That’s not something Deep Cuck is happy about. CIA shabbos and failed presidential candidate Evan McMullin tweeted that King “promotes the un-American ideas of white nationalism,” and asked “Will any Republican congressmen condemn his bigotry?” First of all, Eurocentric immigration policies, in terms of years practiced by the American government, have a much longer history as American ideas than liberal multiculturalism has (or will have). Second, calls to denounce and purge people to the right of you are the textbook explanation of how the movement conservatism that McMullin espouses lost its grip on the United States permanently. California, the home state of Ronald Reagan, is probably gone forever unless millions of people are deported. No matter how liberal or anti-nationalist cuckservatives try to be, they will never win over more of the minority votes they desperately crave in their race with the Democrats to be seen as the most tolerant and diverse. (Ironically, Trump outperformed both McCain and Romney in that department).

But to circle back to King here, he is absolutely right. It won’t be the same country when most people are non-white. And it certainly won’t be conservative.

King is more /ourguy/ than Trump has ever been, but would he be saying these kinds of things without Trump? We can only hope these kinds of statements serve to embolden more of our people, as they see that people like themselves are in positions of power. And on a side note, it is fascinating to note the cross-pollination of nationalist European-American reactions to Islamic colonization. It would have been so easy for the managerial states of the West to simply say no to creating yet another client people for multiculturalism and settle for what they already had control over. Now we may live to see that Muslims were the straw that broke the camel’s back and ended the mirage that has been dubbed “the end of history.” When you’ve got people in Iowa more vocally alarmed about what’s happening in Europe than people in Washington, London, Paris, and Berlin, it is truly time for change.

TopicsimmigrationraceSteve King
Share on FacebookShare on TwitterShare on RedditShare on VKontakte