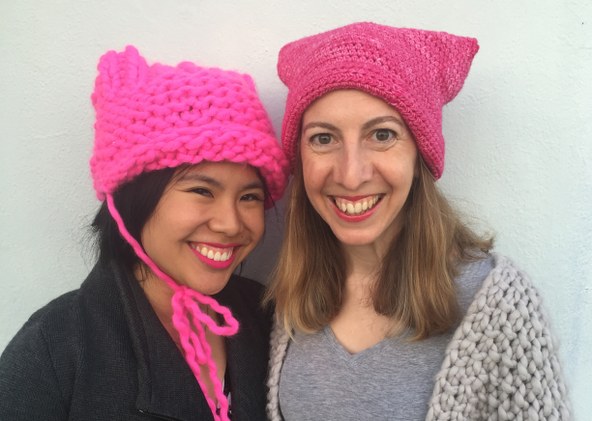 The Pink Pussyhat Is Jewish

Many years ago, I thought it was strange when I was first exposed to the idea that Jews were having a massive distorting impact on our culture and politics:

“While supporters of Donald Trump sport red baseball hats with the promise to “Make America Great Again,” Trump’s opponents have their own signature piece of headwear: the pink pussyhat. The hand-knit hat with cat ears designed by Jayna Zweiman, 38, and her friend Krista Suh has become a recognized symbol of dissent. It is also, according to Zweiman, her personal act of tikkun olam.

All four of Zweiman’s grandparents emigrated from Eastern Europe and while they made every attempt to assimilate, they told their granddaughter about what they endured. Zweiman’s grandfather had to wait eight years for a visa. Her grandmother, a refugee after World War I, subsisted for several months on potatoes.

“I know so many families have these same stories,” Zweiman told me. “It’s just proof that people deserve dignity, respect and safety. That’s the American dream and it has always been a big part of my life.” …”

I don’t think that way anymore.

Of course the Pussyhat is Jewish. It would actually be more surprising if it wasn’t Jewish. Jewish women have always been the vanguard of the feminist movement.

Note: They boast about the Jewish role in feminism on their own websites.