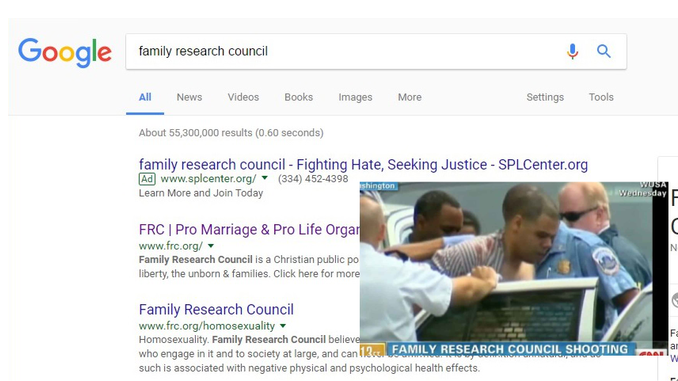 For years and years, the media has continuously given the Southern Poverty Law Center [SPLC] website free publicity online. Despite this, the SPLC always had a relatively poor Alexa score. Alexa is the leading research firm that estimates web traffic. Then one day the SPLC’s Alexa score took off like a rocket for no apparent reason. The primary cause of this increase appears to be that the SPLC is buying traffic.

Alexa says that the SPLC has sponsored over 2,200 keywords or phrases on major search engines in the past six months. This means they pay money to have a link for their website given priority when a web surfer types a certain word or phrase. This is a very expensive way to get traffic. The SPLC, with their $45+ million budget, could easily be spending millions on sponsored keywords.

Now get this. Alexa says “Family Research Council” is the fifth most active keyword/phrase they are sponsoring. Yes THAT Family Research Council [FRC]. The one that Floyd Corkins went to with a gun and attempted to murder everyone. Corkins is on video saying he decided to attack the headquarters of the FRC after reading the SPLC’s outrageous and inflammatory diatribe about the group online. Corkins shot and wounded the security guard, but the victim heroically subdued the shooter before he could do any more damage. Corkins became the first person charged with Washington DC’s new anti-terrorism law and was dubbed “The DC Terrorist.”

The SPLC immediately declared that they shared no responsibility for Corkins and continued to attack the FRC. However, the SPLC has recently declared that Donald Trump is personally to blame for alleged hate crimes. When asked if she believed Trump literally causes hate crimes, SPLC spokesman Heidi Beirich declared “I do not think there’s any question that Trump is the cause.”

By sponsoring the phrase “Family Research Council” on Google, the SPLC is going way beyond just washing their hands of the terrorist attack. It is downright shameless and creepy. This is like Al Sharpton’s National Action Network sponsoring the phrase “Freddies Fashion Mart” on Google even though Sharpton’s protest led to a follower burning the place down, and killing seven people.

Note in the screen shot below. A paid placement link to the SPLC website comes up above the link for the actual FRC website.

According to Alexa, these are the most active paid keywords being used by the SPLC. “Family Research Council” is the fifth most active keyword that the SPLC is “buying clicks” with. However, Alexa says they have also sponsored a half dozen variations, such as “Family Research Council video on transgender.” Alexa says the SPLC has even sponsored the phrase “family values organizations.” 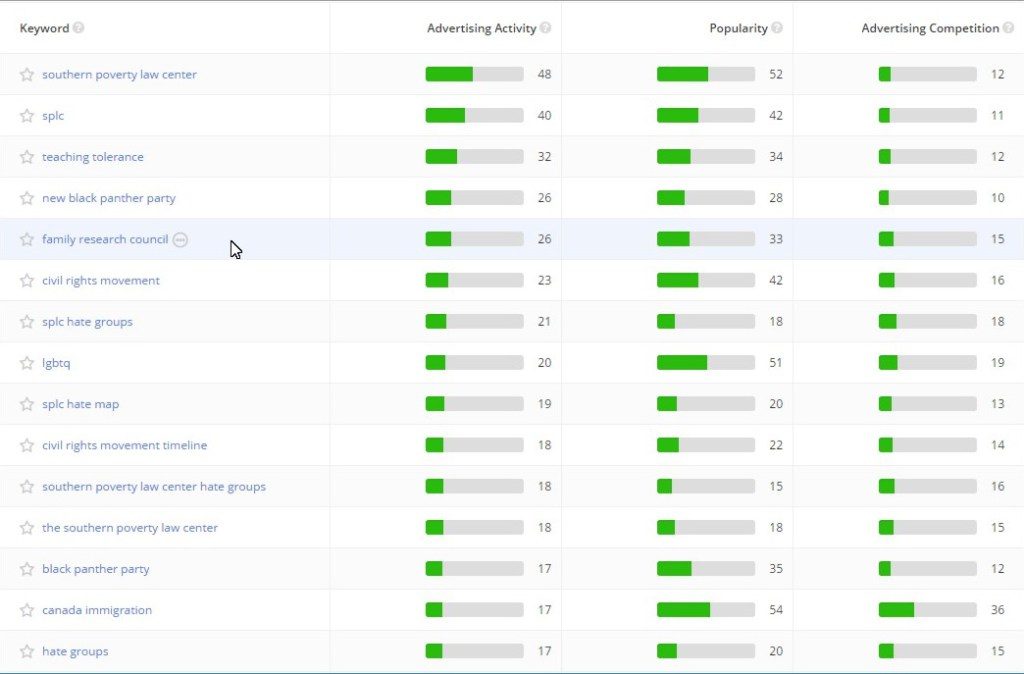 Recently, a mob viciously attacked a speaking engagement by Charles Murray at Middlebury College. A female professor suffered a neck injury. According to Inside Higher Education, the mob explicitly cited SPLC rhetoric to justify their criminal violence.

The SPLC had labeled Charles Murray, a world famous author and academic, as a “white nationalist.” Brit Hume publicly slammed the SPLC over this label and The Washington Post for repeating it. 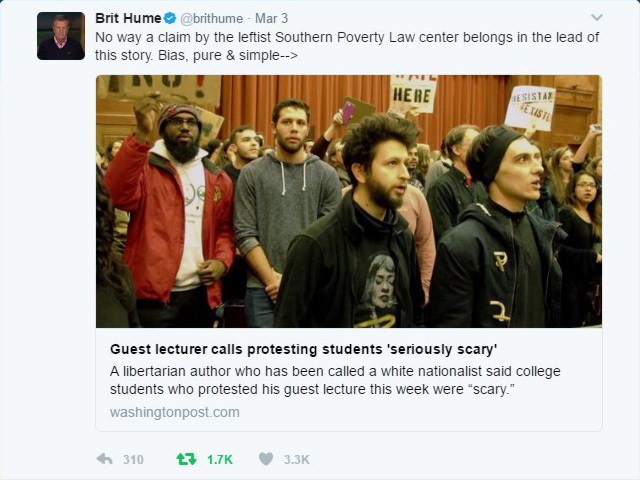