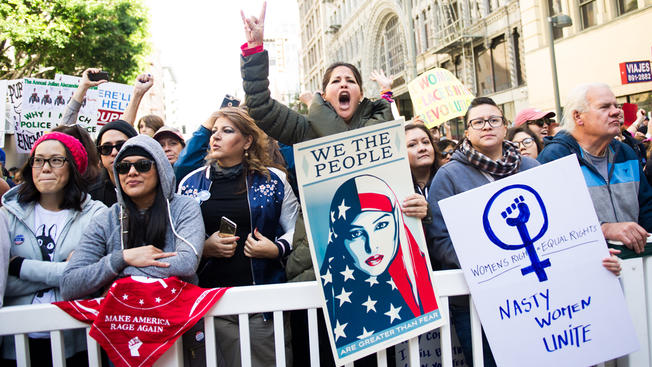 An Age Without a Woman

International Women’s Day has come and gone, as a fly landing briefly on the face of the Venus de Milo. The substantively identical Day Without a Woman and the International Women’s Strike took place in solidarity on March 8, endorsed by the usual suspects and calling for women’s abstinence from paid and unpaid labor in favor of a nebulous “day of action”. No normal responsibility was safe from this collective tantrum:

Originally, the organizers urged women to shun all kinds of labor — paid and unpaid. They also encouraged women to forgo “reproductive labor” — everything from sex to child care — and “emotional labor,” which could be construed as the application of Band-Aids and kisses.

But it’s unrealistic to think that women who have young children will go on strike, noted Lauren Duncan, the Smith College professor who teaches the psychology of political activism.

“There’s no way women would let their children fend for themselves to make a point,” she said. “That’s just not going to happen.”

Still, the call to action may open some women’s eyes to how much they are doing, both at work and at home, said Duncan.

“This is a thing that all women struggle with,” Duncan said. “Women are socialized as little girls to take care of other people, starting with dolls and little siblings. . . . All of that is reinforced in school.

“Something like this,’’ she said, “can make you just more aware of, ‘Wait, you don’t have to do everything.’ ”

In the profoundly disfigured world of the feminist, where marketplace productivity is the pivotal aspiration of life, even tending her child’s boo-boo is a commercial activity—a contemptible one.

Much more than a Day Without a Woman, we are living in the Age Without a Woman. It is not one self-righteous personal day that will lodge on the register of history, but the tremendous social pathology pursuant of the abdication of hearth and home by women en masse in the 20th and 21st centuries. The woman whose absence is most significant is the “angel in the house” so jealously vituperated by feminists, not the woman working in social media marketing or the dystopian “helping professions.”

The sensibility of the woman to serve as a conduit to the sublime for her intimate circles has been replaced by the clownish pathos of ersatz masculinity. Where once she concerned herself with her family’s daily experience of beauty and cultivation of virtue and craft, she now presides dormant over a glowing laptop screen. Her generativity has been replaced with productivity, her legacy lining the shelves at Walmart. Instead of the magical babble of an infant, she has the mechanical growl of the office Keurig machine. The useful idiots of the women’s “movement” behold the spiritual ugliness of their world and are hoodwinked into a scheme that perpetuates it. Wearing red to symbolize “revolutionary love and sacrifice” does not a sacrifice or a revolutionary make. The future is for the women who understand women’s future formation lies in their children, not the wasted fossil fuels and discarded placards of “women’s activism.”

TopicsSex differencesWomen
Share on FacebookShare on TwitterShare on RedditShare on VKontakte