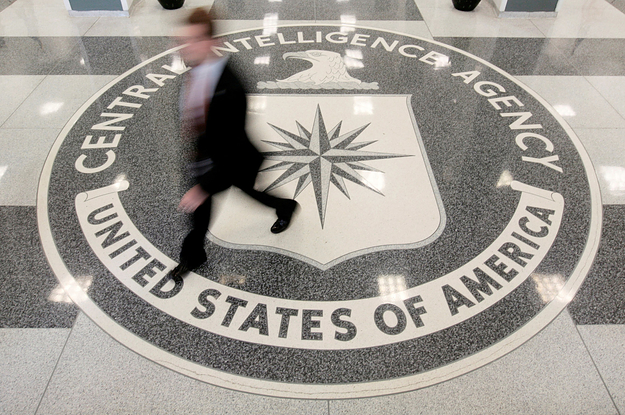 The lie that the liberal state sells you is that you are free. The lie that it sells itself is that it is in control.

The much vaunted “deep state”, a constellation of intelligence, media, and administrative apparatuses has waged a virtual(literally) war on the administration of Donald Trump since before he even took office. His election, as has been repeated, was not supposed to happen. Hillary Clinton was supposed to represent the end of history when women where to take their rightful place as the first among last men. But, history has a way of going on, despite shrill shrieks to the contrary.

Just as Donald Trump was not supposed to take the White House, so too was the CIA’s vast intelligence apparatus never to be exposed. In one swift moment, Wikileaks with the release of “Vault 7” has brought the deep state’s machinations out into the open. Naturally, they are none too pleased.

In post-modernity, information and image are power. The ability to gather information and shape narratives is what passes for power today. Everything, from who we are(or who we pretend to be) is shaped by the forces of technology. Much has been made of innovation in gadgetry or commerce. But what the past few years have taught us, are the dangers and potentials of our mechanized-technological society.

Our deep state cheered on color revolutions from Ukraine to Libya. They manipulated social media and worked back channels to open new spaces to control.

Today, the shriek about the sanctity of what they are doing. About traitors and about “truth”.

No doubt the revelations are coming as a shock to millions of Americans. To find out that your television, your phones, and your apps could make you an easy target for an all-pervasive administrative state is certainly jolting. The Orwellian fears of millions weren’t just the paranoia of a lunatic fringe but a very real concern.

There has never been a better time for the truth. A better time to discover who you are outside of the television box or social media screens. Economist Thomas Naylor referred to the world the deep state is selling us as “cipherspace”, or a simulacrum of lies:

“We live in the world of make-believe, a world controlled by ciphers such as Wall Street, Corporate America, the White House, Congress, and the Pentagon. These ciphers enjoy the enthusiastic support of the media, the academy, and the shamans to whom we entrust the care of body, mind, and soul. They reside in cipherspace, a euphemism for what French writer Albert Camus called the absurd.”

The Alt Right has grown in reaction to this world of lies.

We are more than the mere atomized pixels on a screen, and we have a history that stretches back to times immemorial. “Vault 7” is a water shed because it exposes the creeping rot at the heart of the liberal state. In its quest for an end of history, to spread “freedom” to all it has become just as corrupt and as controlling as any state in history.

Who they are is clear. Who we need to be is now the question.

Martin Heidegger in his “Question Concerning Technology” saw that the destructive tendencies of modern technology just over the horizon. However, he also said that were the danger is, so too is the saving power close.

The technological-administrative state has long perfected tools against the struggle of our people. But now, we are starting to fight back. “Meme wars” and online trolling are just low-level skirmishes in the attempt to wrest narrative control from Liberal hegemony.

Wikileaks has given the narrative a deep blow this week. Now is the time to keep the pressure up. It’s time to tune out of cipherspace and tune into the truth. We can do no other!

Topicstechnologyvault 7Wikileaks
Share on FacebookShare on TwitterShare on RedditShare on VKontakte