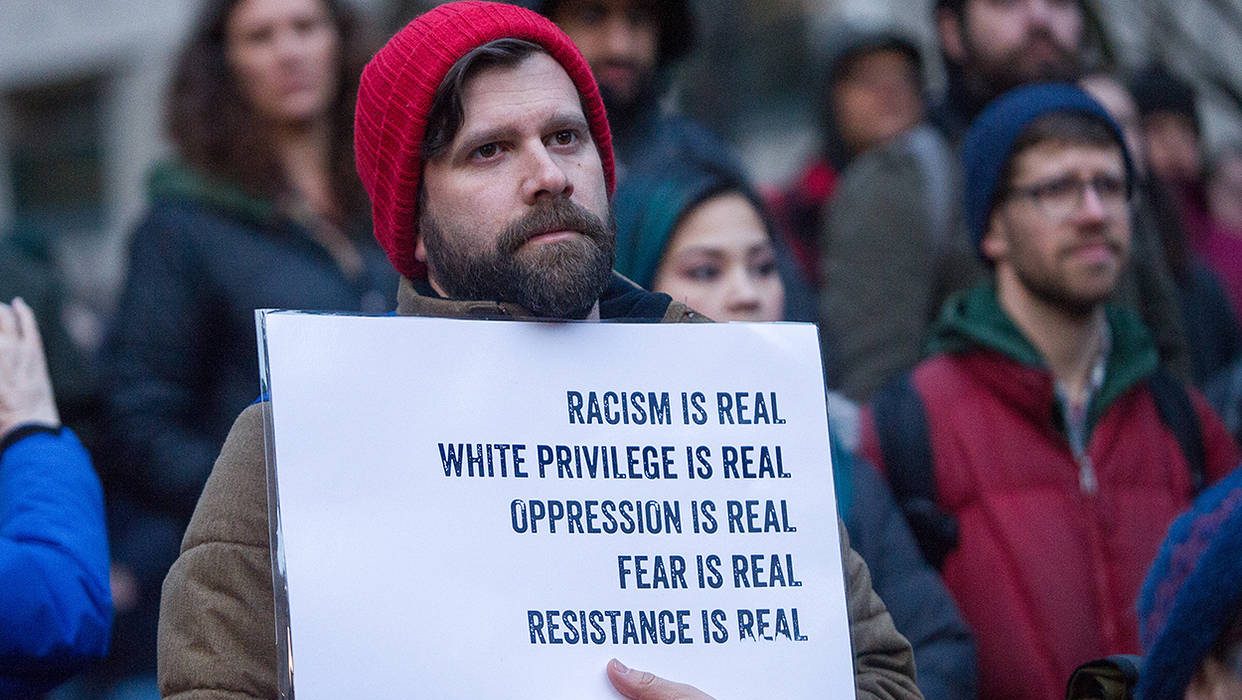 Shelby Steele has a new article in The Wall Street Journal on the exhaustion of White guilt and the impending demise of Black Run America (BRA):

“The recent flurry of marches, demonstrations and even riots, along with the Democratic Party’s spiteful reaction to the Trump presidency, exposes what modern liberalism has become: a politics shrouded in pathos. Unlike the civil-rights movement of the 1950s and ’60s, when protesters wore their Sunday best and carried themselves with heroic dignity, today’s liberal marches are marked by incoherence and downright lunacy—hats designed to evoke sexual organs, poems that scream in anger yet have no point to make, and an hysterical anti-Americanism.

All this suggests lostness, the end of something rather than the beginning. What is ending?

America, since the ’60s, has lived through what might be called an age of white guilt. We may still be in this age, but the Trump election suggests an exhaustion with the idea of white guilt, and with the drama of culpability, innocence and correctness in which it mires us. …

This liberalism evolved within a society shamed by its past. But that shame has weakened now. Our new conservative president rolls his eyes when he is called a racist, and we all—liberal and conservative alike—know that he isn’t one. The jig is up. …”

SBPDL.com and Occidental Dissent have spent years discussing Black Run America. It is our term for the epoch of American history we have been living through since 1965. It means an America run at every level of society for the benefit of black people and to the detriment of everyone else living here. Actual Black Run America (ABRA) are the areas of the United States like Detroit and Birmingham which have succumbed to black majority rule.

In the broad span of American history, BRA is as distinct as Jim Crow. In fact, you could think of it as an inverted Jim Crow system where White people aren’t supposed to get “uppity” because blackness is the repository of moral authority. In contrast, whiteness has no legitimacy. BRA has its own culture, legislation, narrative, heroes and icons, obsessions, racial etiquette, etc. The Obama presidency was the culmination of BRA in full flower and the way it ended was a sure sign of its decadence.

Trump’s election was the clearest sign yet that BRA is unsustainable. He shrugged off accusations of “racism” to win the presidency. He picked a fight with ‘civil rights icon’ John Lewis. As Shelby Steele notes, Elizabeth Warren’s sanctimonious speech about Coretta Scott King is a symptom that we are at the end of something. Ryan Lenz of the SPLC told The Guardian that Richard Spencer holding up that “Wanna talk to a ‘racist’?” sign at the RNC last summer was “a tipping point.”

Personally, I think we are at the beginning of the end of BRA. We have entered the transition phase in America’s racial history similar to 1876 to 1896 or the decade between 1954 and 1965. The old system is dying while the new system is struggling to be born. Remarkably, this time around we are seeing violence erupt in liberal enclaves in the Deep North like Middlebury College and on the West Coast in Berkeley. Black Run America is dying in a way that is uncannily similar to the way it was born.